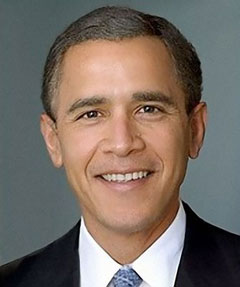 Editor’s Note: Readers of this site will have seen discussion here about the extent to which Obama—or any president—is free to significantly deviate from a consensus on most “security policy.” For a recent example, see “Why Obama Cannot Undo the Surveillance Society—But We Can.” Nonetheless, it is reasonable to ask:  if Obama is the top decision-maker in this country and a purported civil libertarian, why does he not try to make meaningful changes in the law to protect privacy and other rights? And what changes could he make? Cynthia Cooper addresses these possibilities below.

Despite the damage already done in secrecy to American citizens’ Fourth Amendment rights—as revealed by Glenn Greenwald in his explosive article in The Guardian on June 5, 2013, and by others (see below)—President Obama could still do plenty to respond to Americans’ legitimate concerns about  overreaching electronic surveillance.

Nothing is stopping him from creating a civilian oversight board, for example. This would offer Americans the right to see and challenge information wrongly collected about them, and could compensate them for any harm done.  He could demand that Congress return to the tougher scheme of checks and balances contained in the original FISA law of 1978 before the Bush-Cheney administration cut it to shreds.  He could favor some or all of the many other approaches to fixing FISA proposed by senators and others in various platforms and books (like the one I co-authored with Elizabeth Holtzman, http://amzn.to/16Gcq2F

The 1978 FISA law established a framework for collecting intelligence, while protecting Americans from unwarranted surveillance. The law was designed to prevent abuses by the executive branch, and provide safeguards to balance the Fourth Amendment with security needs by setting up a process of confidential applications for surveillance through the FISA court (FISC).

President Bush circumvented the process altogether and began signing executive orders authorizing surveillance on his own, illegally, starting in 2001.  And his administration completely dismantled and rewrote the architecture of the law with the intent of extending executive powers, eventually embedding them in a new law, the FISA Amendments Act of 2008 (FAA).

The 2008 law allows the executive branch, on its own, to order secret electronic surveillance of foreigners for foreign intelligence needs. And it weakened the old law’s prohibitions on the collection of information on Americans.

President Obama inherited this law when he took office in 2009, and has done nothing since to correct, or shine light on the scheme. And so the same assaults on Fourth Amendment rights go on, but with a legal patina.

Horror stories about the government’s mass surveillance of the private communications of Americans flooded the news after Glenn Greenwald reported, in The Guardian on June 5, 2013, that the National Security Agency (NSA) and Federal Bureau of Investigation (FBI) had been granted carte blanche, under FISA, to collect information on phone calls and emails of Americans.

Within days, The Guardian and the Washington Post released more stories about an international mega-data collection project called PRISM, which apparently drew information directly from the servers of Internet companies and social networks.  An employee of a NSA contractor, Edward Snowden, claimed responsibility for releasing the information.

But the element that most shook up civil libertarians was the inside view, offered for the first time, of the expansive powers the executive branch is claiming.

In order to magnify the powers of spy agencies to search and seize information on U.S. citizens, the government piggybacked two separate laws: the FAA—and the USA Patriot Act.  This strategy became apparent when on June 5, 2013, The Guardian published an actual court order from the FISA Court (FISC). The order required Verizon Business Network Services to turn over records on all domestic telephone calls for a three-month period.

But what if no relevance to foreign intelligence needs can be found?

Enter the Patriot Act.  Under the court order, the government combined FISA powers with the USA Patriot Act. Section 215, which allows the FBI to collect any “tangible thing” from third parties if it is relevant to an investigation of terrorism or clandestine intelligence activities.  This provision can be employed “even if there is no showing that the ‘thing’ pertains to suspected terrorists or terrorist activities,” according to the American Civil Liberties Union.

Combining authority from the Patriot Act and FAA,The Verizon order sweeps in “all call detail records of ‘telephone metadata’ created by Verizon for communications … wholly within the United States, including local telephone calls.” In the Verizon order, the “thing” is delivered to the NSA, not the FBI.

Previously, observers assumed that Section 215 was being used to obtain singular business records of a named person.  But Sen. Wyden and Sen. Mark Udall (D-CO), who were party to the classified briefings on the matter, tried to signal otherwise in a  publicly-released letter they wrote to the Attorney General on March 15, 2012: “There is now a significant gap between what most Americans think the law allows and what the government secretly claims the law allows,” They added: “Most Americans would be stunned.”

After The Guardian published the Verizon order, observers began to understand what alarmed the two senators. “It is simply different and grander in scope and scale from anything we had thought the law meant,” wrote University of Texas law school professor Robert Chesney and Benjamin Wittes, senior fellow at the Brookings Institution.

Rotten Fruit of the Poisoned Tree

How long has this surveillance been going on?  When The Guardian published the previously secret information, Senator Diane Feinstein (D-CA), head of the Senate Intelligence Committee, defended  the order, saying it was necessary to “keep the homeland safe.” And she said, “[T]this is the exact three-month renewal of what has been the case for the past seven years. This renewal is carried out by the [FISA] court under the business records section of the Patriot Act.”   According to Feinstein’s timetable, President Bush was signing illegal orders from 2001 to 2007 (unclassified report of five Inspectors General).

The press had occasionally raised questions about mass surveillance of Americans’ communications.  USA Today exposed in 2006 that the NSA was secretly collecting phone call records of billions of Americans, using data provided by AT&T, Verizon and BellSouth, dating back to 2001.  This  operation included all domestic phone calls, from across the street or across the country.  The published Verizon order is likely another instance of the same operation.

In response to the new revelations, the Electronic Privacy Information Center (EPIC), a research and advocacy organization in Washington, D.C., sent a letter on June 7, 2013, to eight Congressional leaders, demanding oversight hearings:

Obama Grows Into a Bush

What is the difference between Obama’s views on intrusive surveillance, and Bush’s?  Here’s an early indication: as a senator, Obama voted for the Foreign Intelligence Surveillance Amendments Act of 2008 (FAA).  At the time, he explained,

“I do so with the firm intention — once I’m sworn in as president — to have my Attorney General conduct a comprehensive review of all our surveillance programs, and to make further recommendations on any steps needed to preserve civil liberties and to prevent executive branch abuse in the future.”

He expressed concern about provisions extending blanket immunity to telecommunications companies for misuse of customers’ data.

Four months after Obama took office, Risen and Lichtblau reported in the Times that “the NSA had been engaged in ‘over collection’ of domestic communications of Americans” and that the violations of the 2008 law were “significant and systemic.”

What did Obama do about that? On May 26, 2011, Obama signed a four-year extension of Section 215 of the USA Patriot—without addressing the many questions surrounding its use.

When the FISA law came up for review in 2012, Attorney General Eric Holder and Director of National Intelligence James R. Clapper urged “reauthorization of these authorities in their current form.”  And Obama complied.  He didn’t lift a finger to support even modest protections for Americans from overreaching by the government, or at least some public accountability about what is going on. On December 30, 2012, he signed a  five-year extension of the FISA law.

“Citizens generally assume our government is not spying on them,” Senator Jeff Merkley (D-OR), told US News during the December debate. “If they had any inkling of how this system really works, the details of which I cannot discuss, they would be profoundly appalled.”

After The Guardian let loose those scandalous reports of massive abuse of executive power, President Obama said, lamely: “We have a system of checks and balances to make sure it’s not abused.”

All kinds of people—senators, reporters, pundits, citizens, barking dogs—warned Obama that the FAA was riddled with flaws and that the executive branch agencies were out of compliance with it.

The ACLU obtained reports to Congress on compliance with targeting and minimization procedures in November 2010, and found the same problems Risen and Lichtblau described in 2009:  The law was not followed when it came to grabbing information from Americans and retaining it. According to the ACLU “every internal semiannual assessment … finds violations of the FAA’s targeting and minimizations procedures.”

None of the documents showed how many Americans had their communications intercepted, how much of the intercepted information was unrelated to terrorism or how much is covertly used for criminal investigations, said Spencer Ackerman in the Washington Independent.

In 2011, Kathleen Turner, Director of Legislative Affairs for the Office of the Director of National Intelligence, wrote in a letter to Senators Wyden (D-OR) and Mark Udall (D-CO) that “it is not reasonably possible to identify the number of people located in the United States whose communications may have been reviewed under the authority of the FAA.”  (Whistleblower Snowden disputed this claim.)

Turner said that a joint oversight team didn’t see this as a problem because the actions to “violate or circumvent the requirements of the law” weren’t “intentional or willful,” the agency representative said.  The letter also said that problems, when discovered, are remedied.

She admitted in a 2012 letter to Sen. Wyden that “on at least one occasion” the FISA court had found that minimization procedures were “unreasonable under the Fourth Amendment.” But she granted Sen. Wyden the right to say that “the government’s implementation” of the FISA law “has sometimes circumvented the spirit of the law.”

Wyden released this information, but his fellow Democrat in the White House refused to hear it.

Former President Bush was never held accountable for his serial violations of the FISA law. The statute of limitations runs until at least 2014, possibly longer under some interpretations of the law.

By September 2013, the NSA will reportedly finish construction of a one million-square-foot eavesdropping complex in the mountains of Utah that sounds like something out of a James Bond movie.  National security expert James Bamford broke the news about this trillion-dollar electronic-data archive, innocently called the “Utah Data Center.” Its purpose, as Bamford put it:

“ . . . to intercept, decipher, analyze, and store vast swaths of the world’s communications as they zap down from satellites and zip through the underground and undersea cables of international, foreign, and domestic networks.”

There are so many ways for would-be terrorists to communicate, it’s not clear how all this is supposed to keep us safe.  It’s more likely to keep us broke.

Americans deserve an accounting that explains how these massive, relentless invasions of privacy are balanced by incremental advances in security. Swathed in layers of secrecy, the unchecked metastasis of the American Surveillance State seems to reflect Bush’s legacy more than his Presidential Library in Dallas.  And it may reflect Obama’s legacy as well.