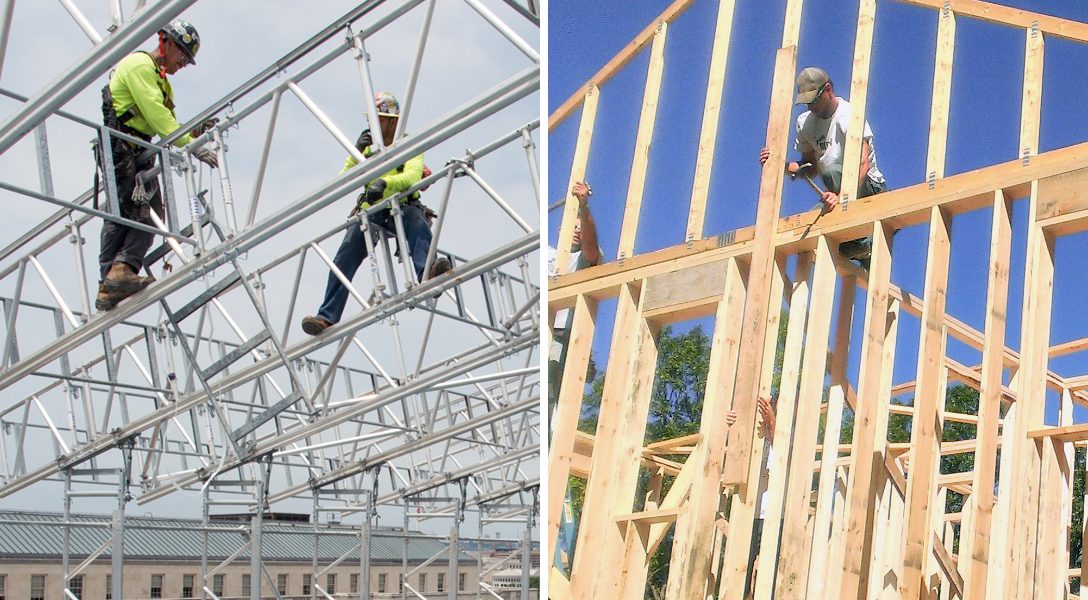 Following President Donald Trump’s announcement of tariffs on aluminum and steel, experts warn that the measures could backfire and hurt US consumers. They point to last year’s tariffs on Canadian softwood lumber as an example of a move that could have unintended consequences.

On March 5, Trump tweeted, “We have large trade deficits with Mexico and Canada. NAFTA, which is under renegotiation right now, has been a bad deal for U.S.A. Massive relocation of companies & jobs. Tariffs on Steel and Aluminum will only come off if new & fair NAFTA agreement is signed. Also, Canada must treat our farmers much better.”

Three days later, Trump announced to the public that he was placing tariffs on imports of steel and aluminum.

“I’m defending America’s national security by placing tariffs of foreign imports of steel and aluminum,” Trump said on March 8th. “We will add a 25 percent tariffs on foreign steel and 10 percent tariff on foreign aluminum when the products comes to cross our borders.”

The president exempted Canada and Mexico, saying he instead preferred to renegotiate the North American Free Trade Agreement (NAFTA) with the US’s neighbors.

Experts worry, however, that while the new tariffs will benefit very specific industries, the overall impact on US consumers would be negative, regardless of retaliatory tariffs imposed on American products by other countries. They point to a similar decision Trump made last year, when he called out Canada as a cheat for subsidizing softwood lumber to keep its prices lower than those of US competitors.

“People don’t realize Canada’s been very rough on the United States. Everyone thinks of Canada being wonderful and civil,” Trump told a roundtable of farmers at the White House. “I love Canada. But they’ve outsmarted our politicians for many years, and you people understand that.”

In response, the Trump administration set tariffs of up to 23.8% for most Canadian softwood lumber producers in April 2017. The Canadian government strongly objected and vowed to fight the tariffs through the World Trade Organization.

“US duties on Canadian softwood lumber are unfair, unwarranted and troubling,” said Chrystia Freeland, Canada’s minister of Foreign Affairs, in a statement earlier this year. “They are harmful to Canada’s lumber producers, workers and communities, and they add to the cost of home building, renovations and other projects for American middle-class families.”

The National Association of Home Builders (NAHB) predicted that, this year alone, the tariffs would cause the US to lose $576.9 million in wages and salaries for US workers, $404.0 million in taxes and other revenue for governments in the US, and 9,370 full-time jobs.

In addition, the group predicted that the cost of single family homes would increase by $1,360 on average as consumers will pay 6.9% more for softwood following Trump’s decision.

The numbers seem to back up those predictions. Since Trump announced the tariffs, lumber futures have skyrocketed and are up more than 25%.

Not surprisingly, the US lumber industry has a different take on the tariffs.

Joe Patton, co-chairman of the US Lumber Coalition, called the tariffs “a fair enforcement of US trade law.

“For decades, the Canadian government has abused the law and provided massive subsidies to its lumber industry, harming US producers and workers,” Patton said.

Now the same pattern is repeating itself with regard to the steel and aluminium tariffs, which were applauded by US steel producers.

And, once again, US homeowners may pay the price.

“It is unfortunate that President Trump has decided to impose tariffs of 25 percent on steel imports and 10 percent on aluminum imports,” said NAHB President Randy Noel. “Given that home builders are already grappling with 20 percent tariffs on Canadian softwood lumber and that the price of lumber and other key building materials are near record highs, this announcement by the president could not have come at a worse time.”

Homeowners are just one group that is negatively affected by the tariffs. Rising steel and aluminum prices could also affect the cost of everything from canned beverages to cars.

That is why US presidents don’t impose tariffs often. “Basically the way it’s handled from decade to decade is every few years it comes up again whether it’s Ford or Nixon or Clinton or Trump,” Claude Barfield, a former consultant to the office of the US Trade Representative, told WhoWhatWhy. “Now with Trump, they usually work at a deal that some Canadian lumber can come in under a kind of quota system and they fight over how much that should be and what the other terms will be. What’s happened now as I understand the last few years is they just can’t come to an agreement.”

Barfield says that while the US has a large trade deficit with Canada, the softwood lumber issue is only a minor part.

“Even if the Canadians just [addressed] that, it won’t have a great deal of effect on the financial trade deficit.”

Economists typically believe that tariffs in general are not a good idea, Barfield added.

When a country (USA) is losing many billions of dollars on trade with virtually every country it does business with, trade wars are good, and easy to win. Example, when we are down $100 billion with a certain country and they get cute, don’t trade anymore-we win big. It’s easy!

Trump said in a tweet on March 2nd that “When a country (U.S.A.) is losing many billions of dollars on trade with virtually every country it does business with, trade wars are good and easy to win.”

Experts disagree with the president on the benefits of trade wars. Most believe that such an economic conflict would have plenty of losers on both sides and few winners. In the end, as the example of homebuilders shows in this case, US consumers will end up paying the price.