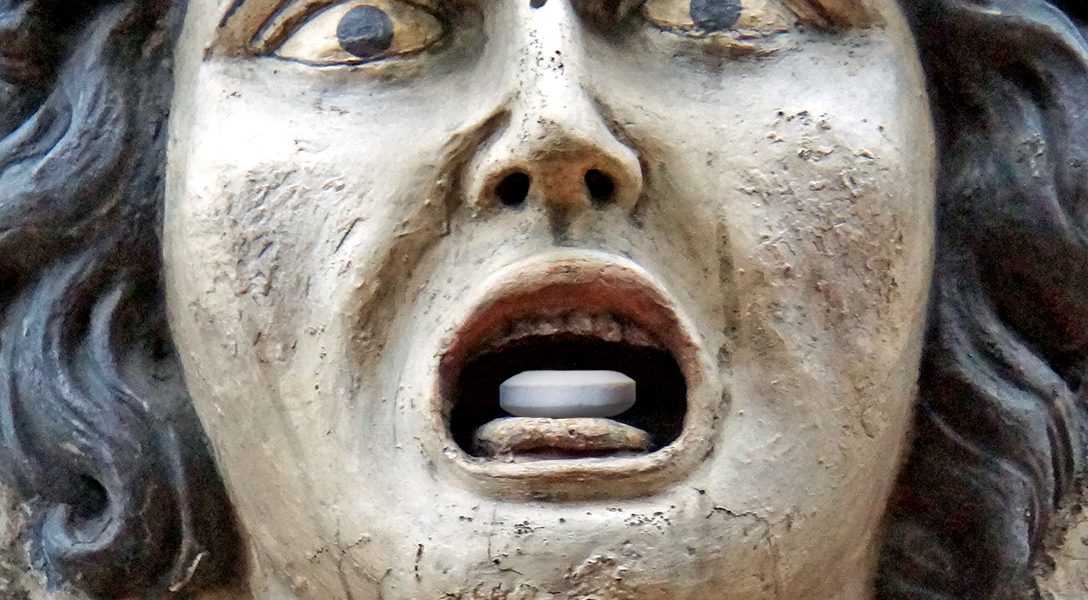 Big Brother Inside: The US Food and Drug Administration approved a system for tracking ingestion of medicine. The "digital" pill has an ingestible sensor that sends information to a wearable patch connected to a mobile app that transmits to a web-based portal. The system can also record activity level as well as self-reported rest and mood data.
Photo credit: Adapted by WhoWhatWhy from liz west / Flickr (CC BY 2.0) and Dennis Jarvis / Flickr (CC BY-SA 2.0).
Government Integrity

Big Brother Inside You?

The African nationalist movement swept out old colonizing forces in the 20th century. Now, with the apparent coup against Robert Mugabe, the movement has become the ancien regime.

Excerpted from Meredith Hindley’s Destination Casablanca: “The African-American singer and dancer was the toast of Paris when French intelligence asked her to spy on the Axis. It became one of her greatest performances.”

How does a case with fullproof evidence and witnesses suddenly fall apart? A problem with how the FBI selects informants.

How Trump and the Media Model Work (Dan)

The GOP’s tax plan is wildely unpopular. The Democrats want to stress this issue — but they have to compete with Trump, and the media.

The New York Times reports that Charles and David Koch “have tentatively agreed” to contribute “an equity injection of more than $500 million” to a bid by (Family Circle‘s publisher) Meredith to purchase Time Inc.