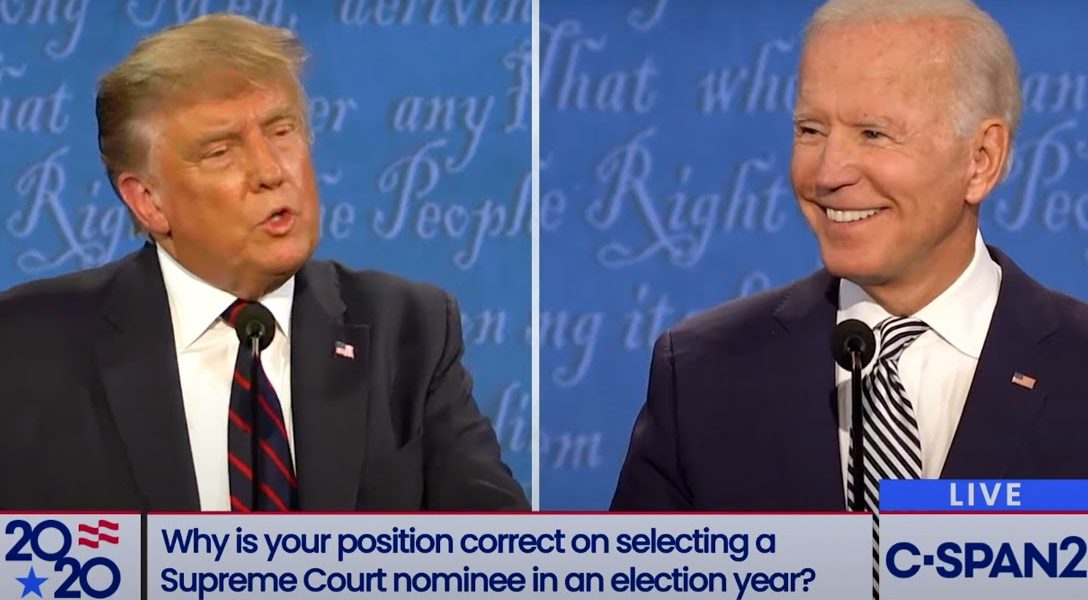 One by one, the states that President Trump supposedly “must” win to be reelected are slipping out of his grasp.

Monmouth University’s latest poll, released Tuesday, shows Biden with a 12-point lead over Trump in Pennsylvania, up significantly from the 4-point lead Biden held September 2. For Trump, “I think his number has finally come up,” said Rick Robb, a veteran Republican strategist in Pennsylvania. “It’s not simply because of the coronavirus, but how badly he handled it. It was just horrible.It brought out every flaw there is.”

Forty years ago, Robb was the Pennsylvania campaign manager for Ronald Reagan, the conservative Republican running against incumbent Jimmy Carter. Reagan had trailed Carter among voters in the state for most of the campaign, though he was only a few points behind when the two met for their only face-to-face debate on October 28, also in Cleveland, one week before the November 4 election.

“This reminds me of 1980,” Robb said of the latest Monmouth poll. “Reagan and Carter were in a tough fight and it was close… In retrospect, the public had pretty much made up their mind and they didn’t want Jimmy Carter.”

The problem was that voters were wary of Reagan. Democrats and the Carter campaign depicted the Republican as a dangerous, right-wing warmonger. In their media messaging, the Democratic opposition put fangs on the former California governor.

The only time voters had extended exposure to Reagan was at the October 28 debate. It was the first and only time Carter and Reagan shared the stage and, Robb recalled, the Carter team’s messaging “set a very low bar for Reagan.”

Instead of an ogre with fangs, the Reagan who showed up on TV screens was an avuncular man, affable and quick to smile. He sounded reasonable even when he made comments outside the political mainstream. (The man was an actor, after all.) The debate drew an audience of 80 million, far more than the 73 million who watched the first Trump-Biden debate.

Robb believed most voters had decided that Carter was ineffective as a leader and wanted an alternative. But they were frightened by Reagan, who they feared was too extreme and too bellicose. Watching him in action dialed down the fear factor and made them comfortable voting for the Republican.

In fact, the switch was a quick one. Reagan went from trailing by several points in Pennsylvania to winning the state by seven percentage points a week later. Nationally, he won by a landslide, winning 44 states and 489 electoral votes.

And they say debates don’t matter any more.

Like the Carter campaign, the Trump campaign set a low bar for Biden. The charge was led by the president, who called his opponent “Sleepy Joe,” and suggested he was taking performance-enhancing drugs to offset mental incapacity. With a deep trowel, Trump tried his best to plant seeds of doubt. Voters were led to expect a weak and incoherent Biden, a candidate in a fog.

In the first debate, Trump was determined to rattle Biden, to make him explode in anger and unsettle him by needling him. For the most part, Biden did not take the bait. In general, he was lucid, clear, and made the points he wanted to make — though he did show exasperation over Trump’s penchant for interrupting, adding the phrase “Will you shut up, man!” to our lexicon of political quotes.

Robb said the Monmouth poll confirms that Biden has changed the narrative the Trump campaign tried to impose on his Democratic opponent. Like Jimmy Carter 40 years ago, most voters do not think Trump is suited to be president. What they needed was reassurance about Biden. For Pennsylvania voters, anyway, they got what they needed in the first debate.