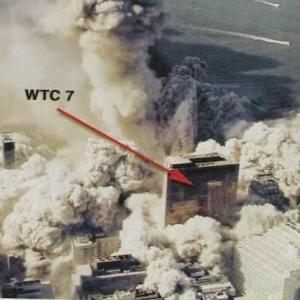 Building 7 before it collapsed

An effort to put a new investigation into the collapse of World Trade Center Building 7 up for vote in New York City won’t be on the November ballot, after a New York State Supreme Court judge upheld a ruling dismissing the proposed referendum.

The High-Rise Safety Initiative, which raised $350,000 and collected about 100,000 signatures to support its effort, decided not to appeal the decision by Judge Paul Wooten. Why? To keep open an avenue to try again at the next election in 2016, according to Ted Walter, the group’s executive director.

“We are going to take a little break, and try to evaluate whether we can redraft the petition to be successful in the future,” he told WhoWhatWhy.

The chances of winning on appeal now are slim and a loss now would foreclose an opportunity to counter the City’s use of a particular technicality to successfully scuttle this attempt, Walter said. That involved a finding that the High-Rise Safety Initiative’s proposed ballot measure was “merely advisory” and therefore not allowed. A special referee assigned to oversee the case (whose findings Judge Wooten upheld) also ruled that the group’s plan to finance the investigation wasn’t legally permissible.

That the High-Rise Safety Initiative made it this far should be considered against this fact: only two proposed referenda have made it to the ballot in New York City in the last 50 years. And neither of those cost money to implement, as the High-Rise Safety Initiative would have. New York City electoral laws are written such that it’s next to impossible to get any similar measures in front of voters.

In a few months, the High-Rise Safety Initiative will discuss whether to try again, considering three factors before proceeding, Walter said.

Those are: 1) Whether it can propose a plan to finance the investigation that can’t be challenged 2) Whether it can surmount the City’s legal argument that the proposed referendum is “merely advisory” and 3) If it can raise the minimum $300,000, especially now that this round in court has demonstrated just how long the odds against success are.

Until that happens, the question of how Building 7 collapsed so swiftly and uniformly will remain a baffling part of the story of 9/11 still unanswered by the official probe.