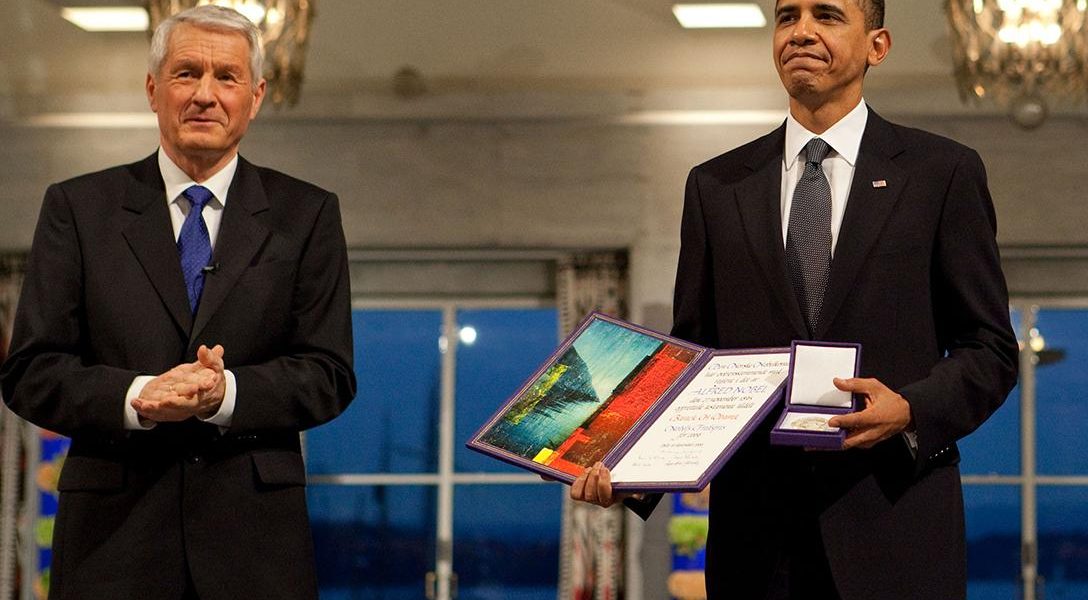 Barack Obama receives the Nobel Peace Prize. He once had a vision of a world without nuclear weapons. Photo credit: White House / Wikimedia
Government Integrity

Barack Obama Once Had a Dream

A decade ago today, a still relatively unknown first-term senator from Illinois announced that he would run for president. Now, three weeks after Barack Obama left the White House, it is worth taking another look at that speech he gave in Springfield, Illinois.

His words are those of somebody who was hopeful that he could change the country and the world. These aspirations were coupled with a certain naivete.

The nation’s capital certainly changed — just not the way Obama had hoped. Partisanship increased and, within two years of him taking office, the election of the first black president had helped give birth to a new far-right movement that now dominates the US government.

The speech also shows how difficult it is to change things — even for presidents. Obama presented a list of things that he never got close to accomplishing while in office. That might give hope to those who are worried about what Donald Trump might do.

There was even a part in Obama’s speech that could have been about his successor.

“We’ve been told that climate change is a hoax, and that tough talk and an ill-conceived war can replace diplomacy, and strategy, and foresight,” he said.

It is just one part of this historic speech that makes it worth watching again.