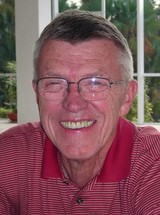 A Businesslike Approach to the Federal Mess Note: From time to time, we publish the opinions of friends and readers of WhoWhatWhy. Here are the thoughts of Bob Crandall, a former chairman of American Airlines. Our purpose is to generate a dialogue, and we encourage your comments.

If you are anything like me, you spend part of every day in a rage.  Almost every news cycle brings word of some policy blunder, agency failure or political misbehavior worthy of outrage.  Unhappily, our despair about all the small failings of the system lessens our focus on the two big things that simply must be done!!

We must put our people back to work and we must come up with a plan to stop increasing our outstanding debts. Formulating and adopting credible plans to do both will put our economy back on track and restore our faith in the future.

We are in the grip of the worst crisis the western world has seen since World War II – and still our national leaders prevaricate, waffle, and sometimes tell outright lies. The performance of the political class is a terrible commentary on our own inattention to the quality of those we elect to lead our government.

Neither party has a monopoly on poor leadership – both seem populated largely by people either unwilling to tell the truth or too stupid to recognize it.  Since some of them are demonstrably intelligent, I’ll go with the probability that most are driven primarily by ambition rather than stupidity.  They just want to get elected – and the hell with the welfare of the country.

As we begin the run up to the November election, the president is touring the country pitching the idea that anyone earning more than a million dollars a year should pay at least 30% of his or her income to the federal government.

I’m not opposed to that idea – in fact, I think 30% is too low — but the amount that millionaires pay is not the issue. Anyone who understands the numbers – including the president – knows that if everyone who makes more than a million dollars a year pays at least 30% to the federal government we won’t make any recognizable progress towards  balancing the budget and eliminating our huge annual deficits.  For a simple, graphic and powerful explanation of just how big the problem is, watch this.

The last year in which total US debt declined was 1957, when Dwight D. Eisenhower was President.  Bill Clinton almost balanced the budget in 2000, but fell about $18 Billion short. In every other year, government spending has substantially exceeded government revenues, and the debt has increased.

We ignore efficiency and refuse to impose accountability. We spend too much on things we do not need and tax ourselves too lightly to pay for the things we do need. We keep our national books wrong – even kids know that investing and spending are not the same – and none of us pay enough attention to how government manages our money.

I don’t believe that anyone who has spent any time in or involved with Washington is likely to argue that government is efficient, a view underscored by our unwillingness to do such simple things as holding government contractors to the terms of their contracts, ending  Medicare fraud and collecting all the taxes that are due. These are simple things which competent people should be able to do without difficulty.  Unhappily, we seem unwilling to learn enough about what goes on in Washington to hold administrators and lawmakers to normal standards of performance.

Since our political leaders seem to have little interest in anything beyond proving their opponents more guilty of “waste and inefficiency” than themselves, and since the two parties have completely different views about what we “need” from government, our political life seems to consist entirely of shouting matches about venality and error rather than discussions about solutions.

We need to focus on finding short term ways to stimulate demand – and jobs – and crafting a long term plan to match revenues and spending.

Fixing our broken income tax system, which simply does not work, will be essential to meeting either of those goals.  Our current tax regulations encompass 44,000 pages, 5.5 million words and over 750 forms. The code is full of loopholes and gimmicks, cannot be understood by people without special knowledge and training, generates too little revenue to pay the federal government’s bills and imposes huge compliance costs on everyone.   And Congress keeps cutting the IRS budget, so we don’t collect about 15% of what is owed – which amounts to a shortfall of about $385 billion per year.

To raise the money we need, everyone is going to have to pay more. We need to eliminate the ability of individuals to deduct mortgage interest on huge homes and vacation properties. We need to stop letting companies pay health care premiums while allowing the employees who benefit to exclude those payments from their reported income. We need to insist that everyone who employs household workers make the required contributions for Social Security and Medicare.  We need to acknowledge that it makes no sense to allow hedge fund managers to report their compensation as capital gains.

People who want to solve the problem need to acknowledge that we don’t pay as much in taxes as most other countries.  Last year, Americans paid about $2.62 trillion in federal taxes and $1.42 trillion in state and local taxes.  Our collective income came in at about $14 trillion, which means an average tax rate of a bit more than 29%.   A 2008 survey put the composite tax rate at 27.3%, much lower than the average of 36.2% paid by all OECD countries.   Most Western European countries run in the low to mid 40% range.  Among OECD countries, only Turkey, Chile and Mexico have lower overall rates than the US.

Those on the right seek to mislead by claiming our 39% corporate tax rate is too high, despite knowing full well that actual corporate taxes in the US average roughly 12%.  Many companies pay even less.  On April 29th, the NY Times published a study revealing that Apple paid a rate of only 9.8% on the almost $35 billion it earned in 2011.  That is clearly not Apple’s fair share!

The bottom line is that we need to raise taxes, and sooner or later, we will do so. I think everyone is Washington knows that and although a few will acknowledge it, most will deny it.  Everyone needs to step up and get the job done, since waiting just makes the problem worse and the solution more painful.

Everyone in government – on the left and on the right -also needs to acknowledge that there must be big spending cuts.  Some will result from greater efficiency – doing more with fewer resources – and some will come from giving up some of the programs we think we “need”. A big piece will have to come from Defense, since we spend far more than any other country in total and per capita. Another big piece will have to come from modifying Social Security and Medicare, which can be means tested and age adjusted without imposing too much pain on anyone.   Neither Democrats nor Republicans will be happy – but both have an obligation to set aside their ideology and get the job done.

Happily, there is a plan available.   Not long after he was elected, the president appointed the Simpson – Bowles Commission, which came up with a solid plan to substantially reduce our deficits by cutting costs and raising taxes.   Unhappily, because it included lots of unpopular things, both the President and the Congress ignored its recommendations.   It’s time for everyone to set ideology aside, endorse the Simpson-Bowles recommendations and thus lay down a marker that America is serious about fixing its problems.

While adopting a plan that will curb deficits in the long term, we need to make sure we invest enough in the short term to stimulate the economy and put people back to work. We can do so by providing funding to make good on the $2 billion infrastructure maintenance deficit we’ve accumulated.  Building and repairing roads, fixing our dams and bridges, creating a 21st century energy distribution network, bringing water and sewer systems up to date, and making needed repairs to our schools is different from spending on current consumption.  These investments, which will generate lots of decent jobs, will also lay the foundation needed to keep the US competitive and growing in the years ahead. Balancing the budget in the short term is less important than revitalizing our economy; balancing the budget in the long term is essential to restoring confidence in the future and assuring continuing prosperity.

Doing all this would make lots of people mad, and will doubtless mean that some politicians will lose their next election. However, I suspect that those politicians courageous and smart enough to offer credible plans will win more often than they lose.

The public isn’t as stupid as the politicians seem to believe.   The public knows that the government can be run more efficiently but also knows that even an efficiently run government needs sufficient  resources to defend the country,  safeguard our food supply, regulate our financial institutions, defend our environment, sustain and improve the country’s infrastructure, provide a first rate education for every child  and sustain the social safety net. The public knows that we cannot balance the budget by spending cuts alone. I think most people also know that allowing the planned year end spending sequester to occur, refusing to stimulate employment by investing in refurbishing the infrastructure and having another pointless debate about raising the debt ceiling will weaken our already fragile confidence and will likely drive the country into recession.

Most politicians know all this as well, but seem so obsessed with ambition that they continue to prevaricate, waffle and lie. The President, Governor Romney and our congressional leaders steadfastly avoid fulfilling the responsibilities of the leadership roles they all seek so avidly.

Meanwhile, on July 3rd, only a day before our national holiday, the Director of the International Monetary Fund warned of the need for a fiscal course correction in the United States. What a disgrace!!

It’s clearly time to focus – and since the politicians won’t do it without encouragement, it’s up to us to push them along.

To get it done, we all need to pay more attention, study more carefully, participate more fully and complain more loudly.  If we don’t, our kids and grandkids will pay the price.