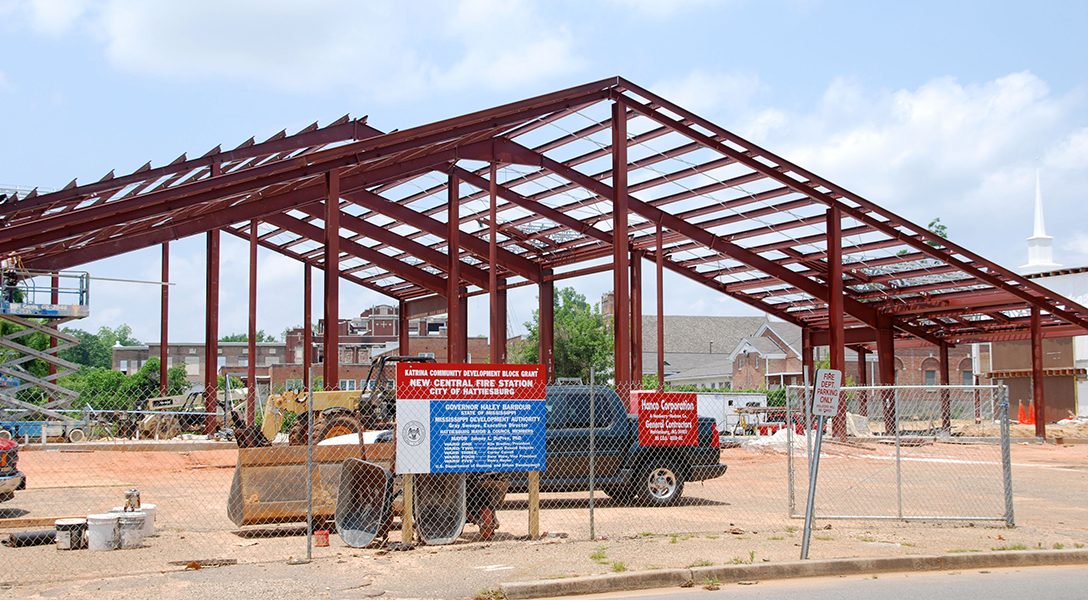 What do “Meals on Wheels,” efforts to fight violence against women, low-income housing services, and low-income neighborhood development programs all have in common, aside from being very successful?

His recent budget, which zeroes out funding for the 40-year-old Community Development Block Grant program (CDBG), jeopardizes all of these local programs.

Trump’s proposed cuts to a popular urban development program was met with strong opposition from both liberal advocates and establishment politicians. They argue that the move would devastate inner cities. In the past these two groups have sharply disagreed on how the program funding was to be spent. Though the CDBG program has been reduced in size over the decades, it is still one of the largest federal community and economic development programs.

“This is another of many, many, rash and reckless actions that will hurt low-income communities that rely on this funding. CDBG money has funded community revitalization, public housing, and the upgrading of child care facilities,” Deborah Weinstein, executive director of the Coalition on Human Needs, told WhoWhatWhy.

“The YWCAs have used block grant money to fund violence against women services. The zeroing out of the CDBG program, combined with the other program cuts in the Trump budget, would imperil programs fighting poverty and strengthening low-income communities.”

Douglas Rice, a senior policy analyst with The Center on Budget and Policy Priorities (CBPP), a liberal think tank, concurs.

“These funds are aimed to help low-income communities. Those communities are currently struggling to raise funds for basic economic development and don’t have the tax base to do it alone,” he told WhoWhatWhy. “These [CDBG] programs represent a partnership between local governments and the federal government. Trump’s zeroing out of the CDBG represents a disavowal of that partnership role.”

Shortly after Trump released his initial budget, CBPP released data estimating how much funding would be lost by zeroing out the CDBG program in each one of the 50 states. The group is not alone among progressive political organizations in strongly opposing the Trump budget cuts to the CDBG program.

The Congressional Progressive Caucus, made up of 75 left-leaning representatives, came out with a strong statement of support for the Community Development Block Grant program. In fact it proposed increasing the funding of the CDBG program, along with four other community development programs, by $96 billion in their own proposed “People’s Budget”.

“The Community Development Block Grant Program is one of the most successful community development programs around. It gives localities the flexibility to meet basic infrastructure, social service, and housing needs. When I worked for the office of Detroit Congressman John Conyers, CDBG money was crucial in meeting Detroit’s need to demolish blighted housing and build new affordable housing,” the group’s Executive Director Michael Darner told WhoWhatWhy.

Not only are progressive political groups rallying to support the CDBG program, but more mainstream, establishment ones are as well. Recently the National Conference of Mayors sent a letter to Congress asking that it block Trump’s zeroing out of the CDBG program. The group cited the benefits of the program, such as its funding for the Meals on Wheels program for seniors, helping creditworthy families to achieve homeownership by subsidizing their first home down payment, and fighting crime by expanding neighborhood watch groups.

Yet a look back at the four decades of the program’s history shows the progressive left to have been highly critical of the program’s targeting and often in conflict on funding priorities with state and local elected officials. Meals On Wheels, a volunteer-driven service for low-income seniors, is just one program that would lose a source of funding if Trump cuts out the CDBG program. Photo credit: The United States Air Force

In 1974, to great fanfare, Congress passed and the President signed into law the Community Development Block Grant program. Its stated purpose was to fight “urban blight” and foster projects and programs that would directly benefit low-to-moderate income communities. The legislation received bipartisan support due to its flexibility in allowing localities to decide their project priorities within the parameters of broad federal guidelines.

It is estimated that the program, since 1974, has provided more than $130 billion dollars to cities, urban counties, and rural areas. Since 1993 the CDBG program has also been used as a vehicle for delivering special congressional appropriations to communities affected by natural disasters.

Even though its yearly budget has been cut from a high of $15 billion in the late 1970s to less than $4 billion in 2014, the program remains the primary federal source of funds for urban improvement initiatives.

But almost from the very start there were charges that the CDBG money was being diverted from its main mission of helping low-income communities into other unrelated projects.

Within the first two years of the program many abuses were reported by community groups and it was challenged in court. There were about 20 lawsuits and 10 administrative complaints filed by the end of the CDBG’s second year. In most cases, the plaintiffs were public interest groups and poverty-oriented nonprofit organizations and the issue raised was the targeting, or lack thereof, of CDBG benefits to low-to-moderate income persons. HUD’s own reports during this time showed the percentage of projects directly benefiting low-to-moderate income person was declining.

Newspapers and the media carried stories of CDBG project funding for tennis courts, bike trails, golf courses and other projects that mainly benefited upper-income neighborhoods. In one infamous case in 1977, the Jonesboro, Arkansas City Council voted to spend CDBG money on flowerpots, as part of a beautification program pushed by the members of the downtown business district.

From 1978 to 1982, the National Citizens’ Monitoring Project on Community Development Block Grants was active. At its peak, the project involved local groups in monitoring CDBG’s implementation in 43 cities, with over 80 groups involved at one time or another during the course of the project. The grassroots Communities Organized for Public Service, COPS, had a successful campaign forcing the City of San Antonio to spend more Block Grant money in low to moderate income neighborhoods. The now defunct national citizens group ACORN, as part of their national platform, made a pledge to “ban the use of CDBG funds for downtown development until the basic needs of low to moderate income neighborhoods are met” and “to give democratically elected neighborhood groups the power to make decisions on how CDBG funds are spent within the neighborhoods.”  This last proposal was vigorously opposed by local and state elected officials. Have Things Changed Since the 1970s?

If there was ever a grassroots, progressive, organization that would have issues with the CDBG program, then the Fair Housing Partnership of Pittsburgh would seem to fit the bill. The group recently sued the city for what it saw was a misallocation of funds, stating in a legal complaint that instead of using money for a fair housing program, it was instead spent on improvements in an upscale neighborhood.

Yet the group’s executive director Jay Dworin, opposes the program being zeroed out.

“A budget that targets the people who he [Trump] claims to represent, is beyond the pale,” he told WhoWhatWhy. “The decision to zero out CDBG funds is a decision not to represent the people of Pittsburgh. A program can have a problem, and not be perfect. The solution is to improve the program, not zero it out.”

Those sentiments were echoed by all progressive group staffers interviewed for this article. It seems safe to assume that most progressive groups, whatever frustrations they may have had with the targeting goals for the program, now support its maintenance, and in some cases, its expansion.