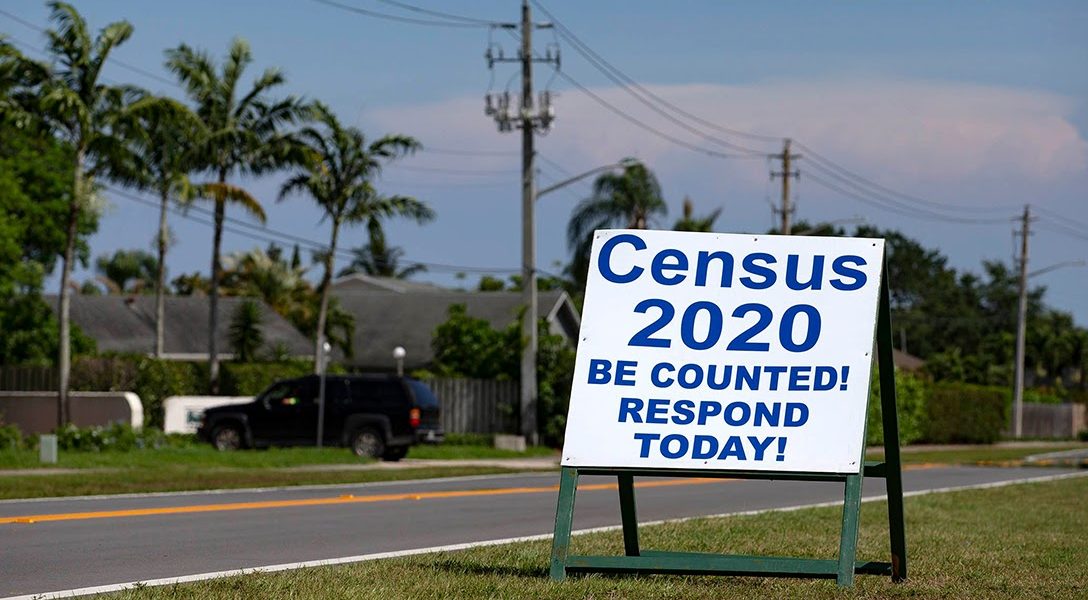 Millions of people are at risk of becoming invisible as far as the United States government is concerned. The most vulnerable will be children under the age of five.

The 2020 census, which has been underway for the past several months, is crucial in allocating federal aid to states. Among other things, it will determine funding for health care, education, poverty relief, and emergency food support for families in need. The current census is underfunded in comparison to those of previous decades, and the coronavirus pandemic has not made the job any easier for field workers.

All of this has exacerbated the risk of an undercount, which would put low-income communities, particularly multi-generational households that include noncitizens, at a severe risk of losing critical federal funds for school and healthcare programs over the next decade.

Historically, children under the age of five have been the most populous group in the United States — yet they are the most undercounted. The Census Bureau admitted as much in a report earlier this year, and they partnered with the Federation of Pediatric Organizations to encourage families to complete their census forms and ensure that as many young children as possible are counted.

Such efforts are likely to be hampered by the Trump administration’s recent executive order which directs states to exclude noncitizens during the next redistricting cycle. The executive order was in response to the Supreme Court’s ruling that the Census Bureau could not include a citizenship question on the census form.

The effect of Trump’s order is likely to be that households in which American-born children (citizens by birth) live with older family members who are not citizens will report fewer people out of fear that their citizenship status will be scrutinized, possibly resulting in deportation.

Nearly five percent of children nationwide were undercounted during the 2010 census. Diana Elliott, principal research associate at the Center on Labor, Human Services, and Population at the Urban Institute, told WhoWhatWhy that an undercount in the 2020 census will have its greatest impact on young children in low-income communities.

The children who are most at risk of being undercounted are those who live in diverse and low-income communities, where it is not uncommon to have a noncitizen living in the household. Obtaining an accurate count of small children is a continuing problem. Nearly five percent of children nationwide were undercounted during the 2010 census. Diana Elliott, principal research associate at the Center on Labor, Human Services, and Population at the Urban Institute, told WhoWhatWhy that an undercount in the 2020 census will have its greatest impact on young children in low-income communities.

“You’re looking at a scenario where a two-year-old today could miss out on the bulk of funding for their school years,” Elliott said.

After Trump signed his executive order directing states to exclude noncitizens, Kelly Ward Burton, president of the National Democratic Redistricting Committee (NDRC), said it was a “direct attack on the American democratic process and a pathetic attempt to cling to power as his floundering political efforts stumble toward November.”

“[NDRC] will use every single available tool at our disposal to fight back against this desperate effort to undermine our representative democracy,” Burton said in a statement. “Every community in America is entitled to participate in a fair and accurate census process.”

Worried About Getting Counted? Complete Your Census Online

Keshia Morris Desir, project manager for Common Cause’s Census and Mass Incarceration program, warned in a statement that many cities will be “deprived of vital resources … if millions of families are erased from census counts through the Administration’s attempted end-run around the United States Constitution.”

There is still time to complete the 2020 census form online, and the latest reports show a 62 percent response rate. The situation is complicated, however, by the fact that many of the historically undercounted populations lack access to the internet or a smartphone.

“You still have that whole other 38 percent of the population who really needs extra nudges to respond to the census, and they’re not going to necessarily respond by web,” Elliott explained, adding that “in some communities, the library or other public facilities is where people were projected to be answering the census.”

Communities that had nonresponding households will still be counted once the information-gathering process comes to an end. Census Bureau experts will review information gathered by field workers and service providers like soup kitchens and compare that data with previous census information to ensure those who did not respond are counted. Civil rights groups, nevertheless, have filed a federal lawsuit to block the latest attempt by the Trump administration to use the census to attack immigration.

“Undocumented immigrants are people — and nothing President Trump does or says changes that fact,” Dale Ho, director of the ACLU’s Voting Rights Project, said in a statement after the group filed its lawsuit on Friday. “Trump tried once to weaponize the census against immigrant communities, and failed. He will fail again.”

If you have not completed your 2020 census form and would like to do so online, click here to get counted.