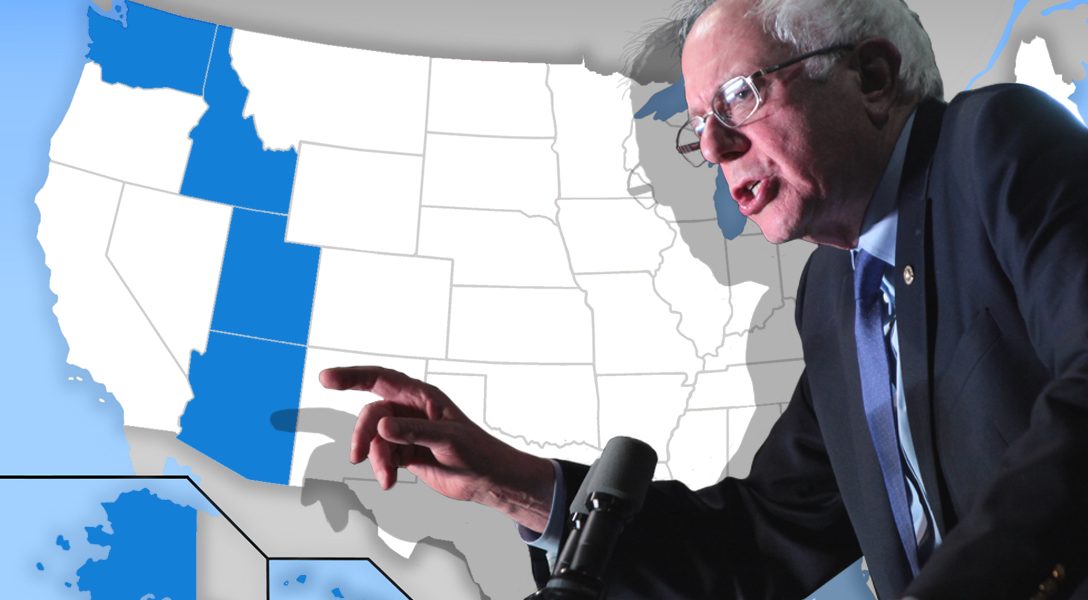 An unlikely source is predicting that Bernie Sanders will score a string of caucus victories in the coming week: Hillary Clinton’s campaign manager Robby Mook.

In a memo on the state of the race following Clinton’s big wins on Tuesday, Mook points out that the campaign of the former Secretary of State is expecting a rough stretch ahead.

“Looking ahead to the rest of March, Sen. Sanders is poised to have a stretch of very favorable states vote, including 5 caucuses next week, which he is likely to win, and the primary in Arizona, in which he has invested more than $1.5 million in ads,” Mook wrote.

While campaigns often try to lower expectations as a way of hyping eventual results, that passage of the memo runs counter to the narrative Clinton’s campaign is trying to sell: That she has pretty much wrapped up the Democratic nomination and has her sights set on a general election matchup with Donald Trump.

While Sanders’s path to erasing Clinton’s 300-plus lead in pledged delegates is daunting, the contests Mook cites could substantially narrow the gap if he manages to string together five or six big wins.

That’s not what the Clinton campaign wants anybody to believe, of course.

“Our pledged delegate lead is so significant that even a string of victories by Sen. Sanders over the next few weeks would have little impact on Sec. Clinton’s position in the race,” Mook said in his memo to journalists.

At best, that is half true. Even with the Clinton campaign lowering expectations, a string of six Sanders wins this month would change the narrative of the race yet again. And if those wins are big enough, the delegate math will shift into territory that could add new excitement to primaries in big states like New York, Pennsylvania and California later in the spring.

On the off-chance that Sanders wins them all, he might have enough pledged delegates to throw the final decision into the hands of the so-called superdelegates — Democratic Party bigwigs who will come to the nominating convention in July unpledged.

Sanders would then be poised to make the argument to superdelegates that he is the candidate with momentum — and with the best chance of winning the general election over the Republican standard bearer.