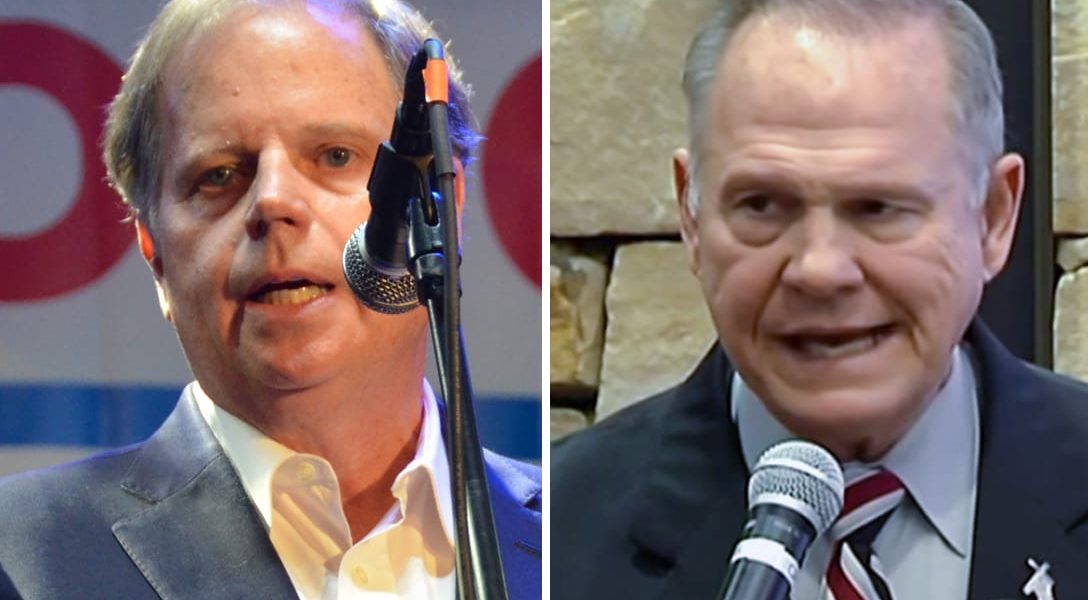 Voters Are Left in the Dark By Alabama’s Election System

On Tuesday night, all eyes will be on Alabama to see who won the special election between Republican Roy Moore and Democrat Doug Jones. But with Alabama’s opaque election process, we may never be certain that the results were accurate.

Alabama’s Secretary of State John Merrill refuses to preserve the digital ballot records produced by the vote-tabulating machines. Election integrity activist John Brakey, co-founder and executive director of AUDIT-AZ, says this deprives citizens of a means to scrutinize election results for errors — and evidence of rigging. On this basis, he has been instrumental in bringing a lawsuit against Merrill.

This all comes ahead of a highly anticipated special election that could determine the fate of the GOP tax bill in the Senate.

The plaintiffs insist ballot images meet the definitions of both federal election materials and state public record, and therefore qualify for protection.

Alabama’s “optical scan” tabulating systems, which don’t count the ballots themselves but instead scan them and count the resulting image files, purge these files from memory upon shutdown.

Activist Bev Harris, founder of Black Box Voting, a self-described “nonpartisan investigative reporting and public education organization for elections,” told WhoWhatWhy “there’s no legitimate reason” not to preserve the files: it “costs no money and takes no time,” she says, and would be as easy as going into a menu and flipping a switch.

In fact, according to Harris, the manual for Alabama’s DS200 scanners specifically states that “the purpose of the ballot images was to help with auditing.”

There’s certainly precedent for the plaintiffs’ case that these files qualify for mandatory preservation: Colorado has ruled in favor of keeping the ballot images, as has Arizona — home base for Brakey’s election watchdog organization, AUDIT AZ. Arizona Superior Court Judge Richard Gordon explained, “If you take voted ballots, take a photocopy of them and use those copies to count votes, what makes you think that you can destroy them?”

Secretary Merrill, however, told WhoWhatWhy that, unlike states where physical ballots have been abandoned for electronic touchscreen voting systems, Alabama’s continued use of paper ballots invalidates the plaintiffs’ argument. “If we didn’t have the ballot, if we only had a visual image … that would be a completely different situation,” Merrill told WhoWhatWhy. “But we actually have the physical ballot that’s available for people to review. The chain of custody is not broken in that regard.”

While this may be relevant in court, don’t assume this means the ballots are easily accessible. Merrill’s spokesman John Bennett acknowledged that the ballot boxes are sealed.

“There is not an individual in the elections process that would be able to break the seal on those [ballot] boxes,” Bennett told WhoWhatWhy. “None of those people, without a court order, would be able to review those ballots. And the same would apply whether that was a digital image or a paper image.”

Merrill also said that fulfilling Brakey’s preservation requests “is not even allowable by law,” and would require a change in the state’s legal code.

Harris claims that, as states have moved away from the maligned touchscreen systems, it has become common practice for election authorities to enact “very subtle legal changes” to obfuscate election records from the public — a process she refers to (rather unsubtly) as “corruption protection procedures.”

But while these measures may succeed in keeping activists, journalists, and average citizens at bay, there’s no reason to think a lack of legal permission will deter motivated election riggers.

So it seems Alabama is betting big on its election security protocol.

No security system is impenetrable. But in many underfunded, understaffed, and undertrained jurisdictions across the country they’re just plain flimsy. A 2008 YouTube video posted by Black Box shows Harris in a room containing ballots and other election materials. She can be seen easily removing and reapplying a supposedly secure ballot seal — which she described to WhoWhatWhy as a “Post-It note seal” — with ease. Harris claims to have accessed the room via an unlocked door.

Ample documentation of computerized miscounts should be adequate to convince anyone of the need for greater public oversight. But Bennett, unswayed, refuses to cede ground to anyone who “doesn’t trust the process.”

Election integrity advocates contend integrity isn’t built on “trust,” but on a transparent process. It’s not incumbent on the voter to put blind faith in the accuracy of computers and the good will of election officials and poll workers — it’s on the government to prove itself to the citizens. After all, says Harris, Freedom of Information law is “based on the idea that we’re already paying for the government, so we already own the documents.”

“In the Declaration of Independence, it says that citizens are sovereign over the government that we created, and we have the right to alter it if we find it necessary to do so,” she adds.

“So, essentially, once you put the government in charge of choosing itself, you have violated the Declaration.”

Harris notes the state officials’ case rests on proving they have “compelling reason to explicitly exempt” these documents from public disclosure — a rationale New York election attorney and state election board co-chair Doug Kellner doesn’t believe exists: “There is no benefit in hiding inaccuracies in counting ballots.”

Bennett, however, claims that disclosing the image files would create “an opportunity for that data to be stolen, or taken and corrupted, or altered to display something other than what are the actual results.”

Kellner called this notion “ludicrous.” Harris concurred: “I mean, that would be like saying, ‘If you have ballots, it increases the chances that the outcome could be corrupted.’”

WhoWhatWhy asked Secretary Merrill if he could point to any specific situation where this concern had actually manifested. “Absolutely not,” he replied. “None in Alabama.”

But as long as the practice stands, what assurance do Alabama voters have that their elections remain uncompromised?

State officials point to their recount process. Of course, this brings up an obvious Catch-22: prohibited from checking the final tally against the original ballots, how can a concerned citizen know whether a recount is needed in the first place?

Regardless, Harris says there are plenty of barriers across the country that prevent recounts. “A lot of states — in fact, it may be the majority of states — they don’t offer that right up to a citizen. You have to be a candidate,” she says. “There are several states where [unless] the spread between the candidates is greater than, say one or two percent, even the candidates can’t get a recount if they ask.”

The Price of a Recount

Even eligible candidates, Harris says, “often will not ask for a recount because their political party [doesn’t] want them to rock the boat.” In exchange for towing the line, she says the party will “promise [to] help support them in the future elections.”

Candidates who refuse can expect harsh backlash. “You might have noticed back in the 2016 presidential [election], when Jill Stein asked for a recount — which was her right — she was really attacked pretty badly and ridiculed,” says Harris.

For those legally authorized to call for a recount and prepared to bite the political bullet, Harris says the hefty price tag might still turn them off. “In many states … you’d be talking about two, three hundred thousand dollars.”

The price point is “one of the advantages” of digital files, says Harris: “It’s just a computer file, and you can get it for twenty bucks.”

Once someone has met all the qualifications, and can foot the bill, Harris has one final bit of troubling news for Alabama petitioners: “Guess what? The state never counts the physical ballot.” That’s right: in Alabama, the recounts are conducted by using the exact same image files and scanners that led to the questionable outcome in the first place.

At the end of the day, Harris doesn’t think election officials’ resistance “necessarily mean[s] they stole an election,” although as long as an election is unverifiable, it’s impossible to rule out anything. But now that “accountability procedures are, by and large, gone now,” Harris says “they do not expect to be held accountable … so they’re resisting being subjected to [these standards].”

Another reason Harris believes there’s such reluctance to opening up elections to public scrutiny — and not just in Alabama — is due to a “strong culture among election officials to avoid embarrassment.”

“If there’s any snafu at all, or if something doesn’t match, even for a completely innocent reason, that’s considered embarrassing,” she says. “They want everything to be clean and tidy, and nobody questions anything.”

In the past, naysayers have been pressured to keep quiet about pointing out chinks in the electoral armor, usually under the pretext of preserving public confidence and voter participation. This reminds Kellner of an old joke: “The doctor tells the patient he needs an expensive operation. The patient asks if there is anything less expensive. The doctor responds, ‘If you can’t afford the operation, I could touch up the x-rays.’”

Harris, who was responsible for introducing quality control measures in corporate America, sees similar themes playing out here. “Any quality control person will tell you: in any corporation, when you first introduce accountability, there’s tremendous resistance.”

“Once you have it,” she says, “People can’t believe they lived without it.”