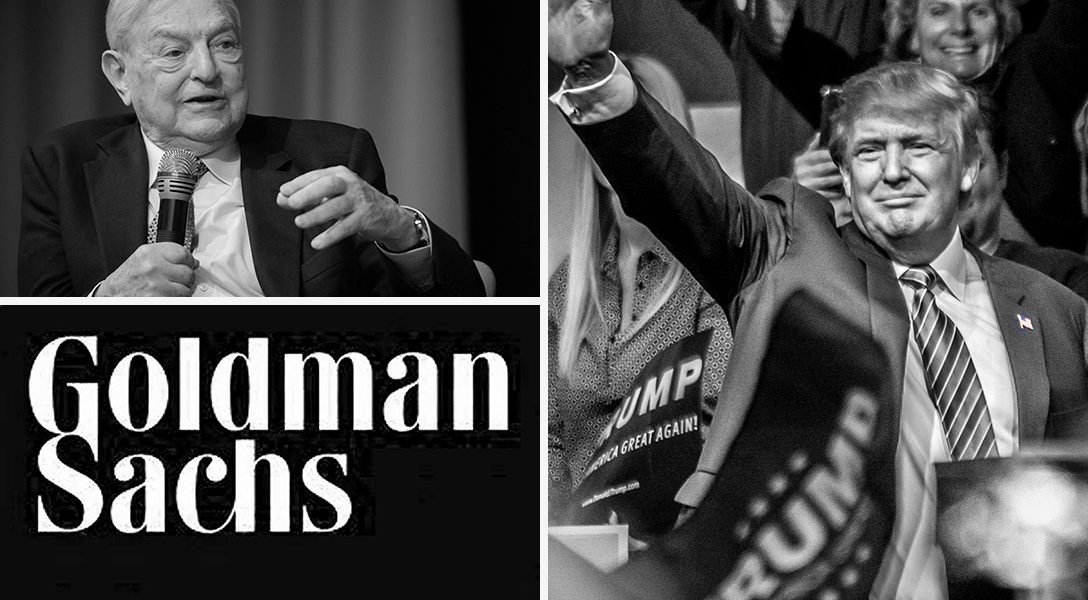 There are people who believe that Donald Trump is a “Clinton plant.” According to their theory, Trump was supposed to shake up the GOP race and hurt the eventual nominee so much that Hillary Clinton could defeat him more easily.

Chances are that the selection of Steven Mnuchin as his campaign’s national finance chairman did absolutely nothing to assuage concerns that Trump is a “Manchurian Candidate.” Just like his new boss, Mnuchin has a long history of donating to Democrats. Among the beneficiaries of his largesse? Hillary Clinton.

It must be noted that Mnuchin has also given a lot of money to Republicans – just not as much as to Democrats.

It gets better. Mnuchin is a former Goldman Sachs partner, which might make it more difficult for Trump to credibly malign Clinton’s ties to the investment bank in their likely general election matchup.

For Republicans who are still not freaked out enough about Mnuchin, here is the topper: The top finance guy for the likely GOP nominee has ties to George Soros, the billionaire backer of progressive causes and one of the preferred villains of conservatives everywhere. Mnuchin worked for SFM Capital Management and Soros Fund Management LLC.

Oh, and he is a Hollywood producer. It’s like a perfect storm of things conservatives hate and it could complicate fundraising for Trump. While some of the GOP’s top money men have said they would open their wallets for the likely nominee, others are a lot less eager to contribute.

They face an understandable dilemma. Soon, a guy with Hollywood ties, who has given money to Barack Obama and Hillary Clinton and worked for George Soros, will be asking them to write checks for a billionaire who has continuously maligned the Republican establishment they are a part of.

For many of them, that might be too much to ask.