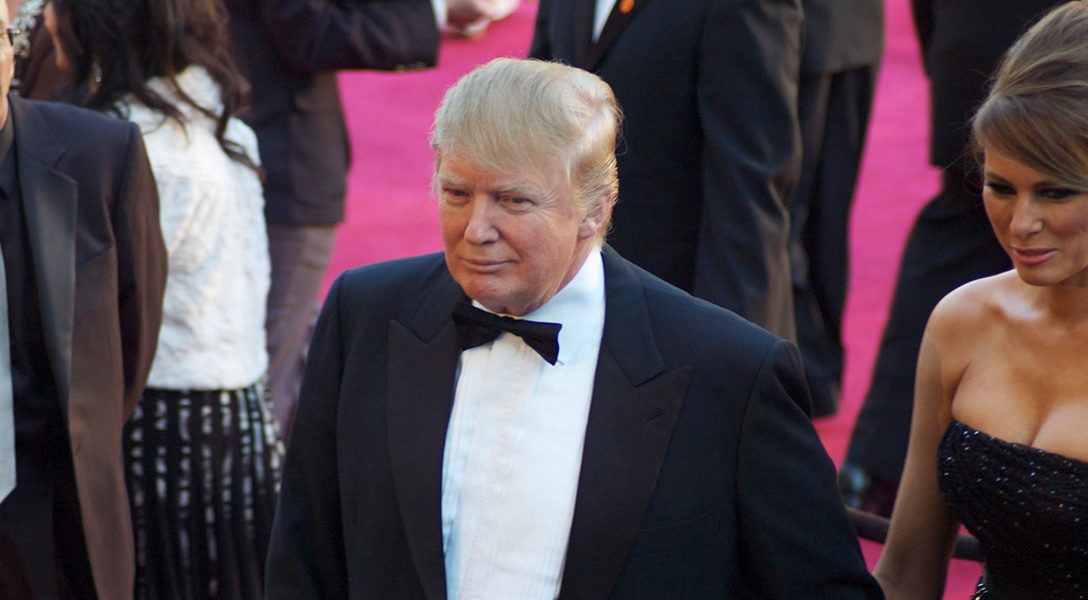 President-elect Donald Trump’s campaign finances are, in many ways, the mirror image of his personal wealth. The sums of money involved are huge, his personal statements often are demonstrably false, he is prone to steering money into his own pocket and he likes to see his name on things.

However, while Trump is doing all he can to obscure his personal finances — he famously became the first candidate in decades not to release his taxes — he is bound by law to account for the money his campaign took in and to document how it was spent.

That’s why, in our search for clues, WhoWhatWhy closely examined every one of the campaign’s Federal Election Commission (FEC) filings. They show, among other things, that Trump fell well short of spending the $100 million that he said he would invest in his own campaign.

“I will have over $100 million in the campaign, and I’m prepared to go much more than that,” Trump said with only two weeks to go in the campaign. At that point, he was $45 million short of reaching his stated goal. After putting in another $10 million that same week, his personal contribution for the entire campaign topped out at $66 million. Of that, $47.5 million are still classified as loans, even though Trump sent a letter to the FEC in June saying that he is forgiving all loans made to his campaign.

However, these numbers do not tell the entire story, because Trump’s campaign spent an unprecedented amount of money on his own businesses.

From Their Pocket to Trump’s Pocket

More than $8.7 million was doled out for the use of Trump’s plane and $1.6 million to rent space in Trump Tower. In addition, the campaign spent about $250,000 on Trump golf courses, $368,000 on his hotels, $200,000 on Trump-owned restaurants and more than $400,000 for the use of his Florida Mar-A-Lago resort. In total, that means about one-fifth of the money Trump put into his own presidential run flowed right back into his businesses. His son Eric also benefitted in a small way as the campaign spent more than $30,000 on services from his vineyard. As an indication of how Trump might conduct himself as president, the way he made “deals” to profit his own companies during his candidacy is particularly troubling. For example, once he became the Republican nominee and relied on donors to pay for his presidential run, he immediately hiked the rent that Trump Tower was charging his campaign. The campaign initially paid about $70,000 each month for the space but that amount ballooned to $169,758 once somebody else was footing the bill. According to Trump’s latest filing, the rent has gone up even further, to $283,500.

However, even that does not tell the entire story because Trump also made money off the people meant to protect him. The Secret Service paid one of Trump’s companies $1.6 million to fly on the candidate’s plane.

That likely won’t be the only taxpayer money flowing into Trump’s pocket. With future First Lady Melania Trump and son Barron expected to stay in New York, the Secret Service will likely have to shell out big bucks to their new boss to rent a space in Trump Tower and protect his family. Trump, seeking to benefit in other ways from this arrangement, has also touted the Secret Service as an “amenity” in a pitch to potential residents.

That’s where the hard numbers end and things get a little fuzzy because there are lots of warning signs that Trump will try to use his new job to line his own pockets. While his transition team announced that Trump sold his stocks in June, there is no proof that this actually happened. A press conference scheduled to explain how he would remove himself from his businesses was abruptly “postponed.” Meanwhile, potential conflicts of interest are piling up. Trump apparently wants his kids to run the company, which would certainly not constitute a “blind trust,” in particular as the same children have already sat in on meetings with world leaders and are expected to be key advisers to Trump when he takes office.

Unless the president-elect — and his kids — are completely divested from Trump’s business empire, they will likely violate the Emoluments Clause of the Constitution, which Norman Eisen and Richard Painter describe here. Eisen and Painter served as chief ethics lawyers under Presidents Barack Obama and George W. Bush respectively.

In the short time between Trump’s election and the end of the year, there is already much to be concerned about. For example, the embassy of Kuwait reportedly moved an event from the Four Seasons in Washington to Trump’s hotel after being contacted by the president-elect’s staff.

Additionally, Trump has repeatedly blurred the line between official state business and his own business. Multiple reports indicate that in conversations with world leaders, he has brought up issues important to the Trump Organization — but demonstrably not to the national interest. And as WhoWhatWhy reported during the campaign, then-candidate Trump in at least one instance openly flouted the law against soliciting contributions from non-US citizens.

None of this bodes well for a scandal-free presidency. Based on his track record thus far, the first jobs Trump creates might just be those of ethics lawyers.