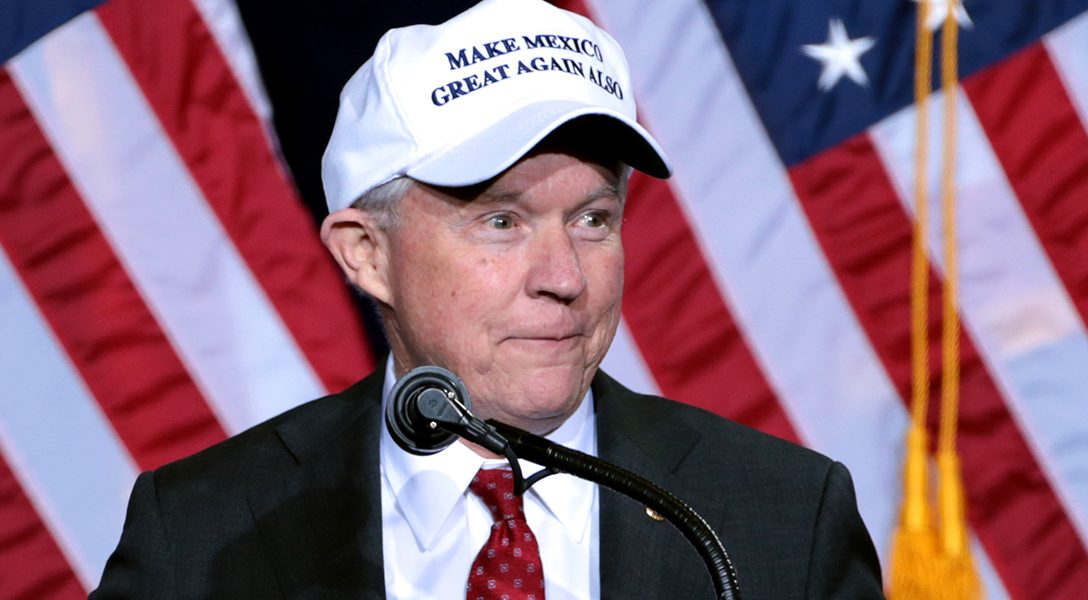 A man named after Confederate President Jefferson Davis and Confederate General P.G.T. Beauregard may soon be in a position to sound the death knell for the Voting Rights Act. Some in the South might call this poetic justice. Others, however, are worried that they will get no justice from Jefferson Beauregard Sessions — poetic or otherwise.

That’s a problem because, pending the outcome of his nomination process, which begins January 10, Sessions will head the Department of Justice (DOJ) as attorney general.

Much has been written about his checkered civil rights record and his positions on race, which ultimately cost him a position as federal judge, after the Senate Judiciary Committee refused to confirm him in 1986. The people of Alabama, however, sent him to the Senate 10 years later.

A lot less has been said about his position on voting rights, an area in which Sessions could have an outsized impact. Following the Supreme Court’s Shelby County v. Holder decision, which gutted the Voting Rights Act, the attorney general has often been the last line of defense against states seeking to institute various voter suppression schemes. DOJ joined civil rights groups in taking on state laws across the country that it deemed to be discriminatory, prevailing in many cases.

“While the NAACP could gain the assistance of the Justice Department in fighting back against voter suppression, a Sessions-led DOJ would likely lead to the exact opposite,” the civil rights group said last week.

Sessions’s rhetoric and actions back up that concern. He strongly approved of the Shelby County decision, in which the Supreme Court ruled that states with a history of racism no longer had to get their voting laws cleared by DOJ, because there was no reason to assume they were still motivated by racism.

“Now if you go to Alabama, Georgia, North Carolina, people aren’t being denied the vote because of the color of their skin,” Sessions said after the ruling in 2013.

But what happened ahead of the 2016 election belied that statement.

In North Carolina, a federal court found that new provisions in the state’s voting law “target African Americans with almost surgical precision” and address “problems that did not exist.”

In Sessions’s home state of Alabama, a more stringent Voter ID law was passed after the federal court’s decision. In parts of the state with the highest percentage of minorities, the state then closed the DMV offices where such IDs could be obtained.

Finally, a federal court in 2016 blocked an effort in Georgia, the last state Sessions mentioned, and ruled it discriminated against minorities.

The NAACP, which strongly opposes the senator’s nomination, noted that Sessions has consistently supported strict Voter ID laws, and once called the Voting Rights Act a “piece of intrusive legislation.”

“Rather than enforcing voting rights protections, Senator Sessions has instead made a career of seeking to dismantle them,” the group said. “For decades, he has pursued the rare and mystical unicorn of voter fraud, while turning a blind eye to the ever-growing issue of voter suppression.”

The American Civil Liberties Union has also expressed its concerns over Sessions, noting that he would oversee the Voting Section of DOJ’s Civil Rights Divisions and be responsible for enforcing federal laws protecting the right to vote.

“It is an awesome responsibility, and members of the Senate Judiciary Committee should determine whether Sessions will act vigorously to protect voting rights when he has a track record of eyeing such protections with suspicion,” the group said ahead of the Judiciary Committee hearing.

One issue that will likely come up is Sessions’s involvement in the so-called Marion Three case.

In 1985, three civil rights leaders — Albert Turner, his wife Evelyn and Spencer Hogue Jr. — were unanimously acquitted of election fraud charges brought by a prosecution led by Sessions, who then served as US Attorney for the Southern District of Alabama (for a news report on the case from 1985, go here). The lawyers for the defendants claimed that the government pursued the case to intimidate black voters.

“Pursuing that case was an act of extraordinary quasi-judicial activism,” Patrick wrote. “To use prosecutorial discretion to attempt to criminalize voter assistance is wrong and should be disqualifying for any aspirant to the Nation’s highest law enforcement post.”

The Marion Three case factored heavily into the committee’s rejection of Sessions in 1986 and, although highly unlikely, it could once again derail the nomination this time around.

That makes the words of one of the defense attorneys from 1985 particularly prescient — although possibly in a different way than he intended.

“This case has historic importance,” Morton Stavis told the Marion Three jury in his closing arguments more than 30 years ago. “You will have a great deal of impact on our democracy in this area.”