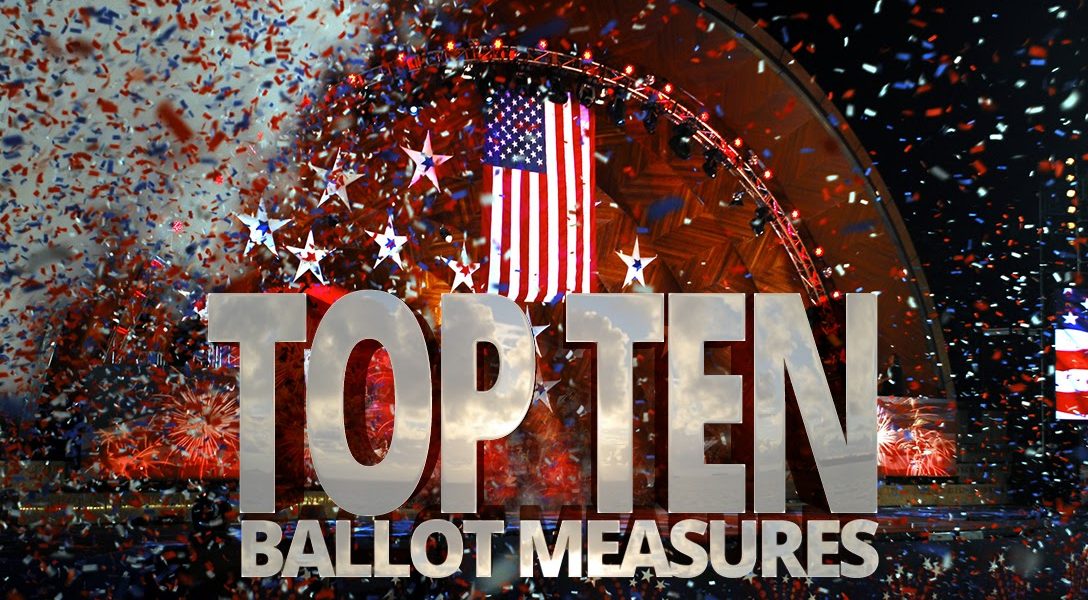 The US presidential race may be grabbing most of the attention, but voters will also render verdicts on many state ballot measures. Some are serious — family leave, minimum wage, health care, police reform, and other social justice issues. Others, like whether to legalize cannabis, might rank a bit lower on the importance scale.

From weed to wages, and much more, here is a list of the most significant statewide ballot measures to be decided November 3, plus a few honorable mentions. A shout-out to Chris Melody Fields Figueredo, executive director of the Ballot Initiative Strategy Center for her suggestions.

The Democratic party has endorsed national legislation, and in December of last year President Trump signed into law family leave for federal employees. But mandating paid family leave nationwide is sure to face fierce resistance from the business community even if Democrats win the presidency, House, and Senate. A win in Colorado, potentially the 9th state to approve such a plan, would add momentum to efforts to pass a national law.

“That is part of a message that is happening across the country of the support people want and need right now around supporting your families and being able to take the leave and having the economic opportunities [to do] that in the middle of a pandemic,” said Figueredo.

Passage of Proposition 22 would almost certainly slam the brakes on the Protecting the Right to Organize Act of 2019 (PRO), a proposed federal law closely modeled on California’s that would crack down on job misclassification. The PRO Act passed the House of Representatives in the last session and is supported by Democratic presidential candidate Joe Biden, but would likely be doomed if Proposition 22 passes in California.

Repealing the California law, “removing key protections around sex and race-based discrimination, around paid leave, around benefits … would essentially create a subclass of workers without those protections,” said Figueredo. ”If it passed, it could be duplicated in other states.”

Under the present system in most states, voters can choose only one candidate in a primary or general election. With RCV, voters could “rank” their voting choices in order of preference: first choice, second choice, third choice, and so on, based on the number of candidates. When all the first-place votes are tallied, if any candidate wins at least half the total vote, that candidate is declared the winner. If no candidate receives at least 50 percent of the first-place votes, then votes for the lowest-polling candidate are reassigned to the second-choice candidate of those voters.

If a candidate still lacks a majority, the process is repeated with the votes of the second-lowest polling candidate transferred to the next choices of those voters. This continues until one candidate achieves a majority of votes.

RCV could greatly strengthen third parties, because by ranking their votes, voters would no longer have to worry about a third-party vote spoiling the chances of more mainstream candidates. If voters approve the Massachusetts and Alaska initiatives on Tuesday, it would create momentum for more states and localities to adopt RCV.

Arizona’s Proposition 208 would increase the state income tax by an additional 3.5 percent for people earning more than $250,000. The current income tax rate base is 4.5 percent. The money raised would be earmarked for teacher and classroom support staff salaries, teacher mentoring and retention programs, and career and technical education programs. It would also fund the Arizona Teachers Academy, a program to help pay tuition and fees for students in state universities or community colleges who want to become teachers.

“The state Legislature two years later has put forth a ballot measure to undermine essentially the will of the people,” said Figueredo.

(A fun historical note: The word “gerrymander” comes from Elbridge Gerry, the Massachusetts governor who in 1812 signed a bill creating an awkwardly shaped state Senate district. Illustrator Elkanah Tisdale drew a picture map portraying the redrawn district as a monster, with claws and a snake-like head on its long neck. The resulting image resembled a salamander … and so the word gerrymander was born.)

California’s Proposition 25 would replace cash bail with a risk assessment system for criminal suspects awaiting trial. Other initiatives in several large cities would “defund” some police activities, remove city charter language mandating a minimum number of police officers, create a police oversight board, and require footage from police body cameras be made public.

On Election Night and beyond, the presidential showdown and other high-profile national and state races may create the most headlines. But the fine print in state ballot measures could be almost as important in the long run on issues affecting the daily lives of many Americans.