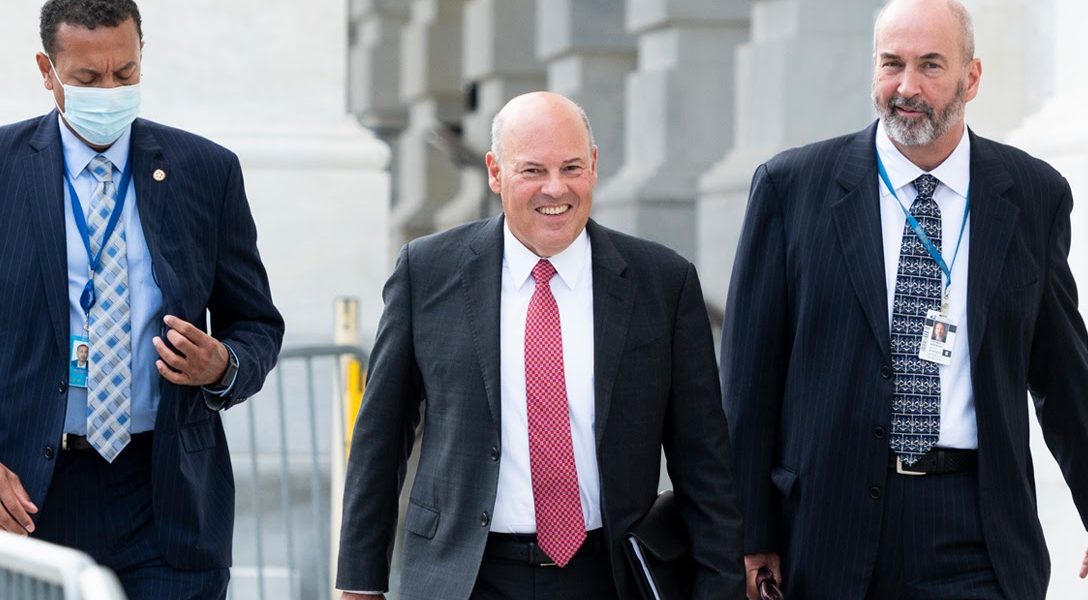 The US Postal Service May Be Broken. It Doesn’t Need to Be.

Recent attacks on the US Postal Service may seem timed to the upcoming election. But the fact is that Republicans starving the agency for funds has been a long-standing trend in Washington.

The Postal Service is not alone. Congressional Republicans like to argue that the federal government itself is broken, all the while working to dismantle the very institutions that need to be fixed. Former Republican House Speaker, Newt Gingrich, was a master of this contradictory approach. Gingrich called for major government reforms throughout the 1980s and 1990s, while solidifying his standing among fellow Republicans by destroying existing political decorum.

“I would say to my friends on the left, who believe that there’s never been a government program that wasn’t worth keeping, that you can’t look at some of the results we now have and not want to reach out to the humans and forget the bureaucracies,” Gingrich said in a speech to the House after being sworn in as Speaker in January 1995.

Gingrich was referring to the institutions that Republicans in Washington most wanted to defund or privatize. Seen in that context, the US Postal Service is only the most recent program to find itself on the Republican chopping block. It has survived until now largely because the Founding Fathers thought it was important enough to include in the US Constitution. Republicans couldn’t kill it outright, so they tried to starve it to death.

In July, Postmaster General Louis DeJoy, a Trump appointee and major donor to the Republican National Committee, announced a series of cost-cutting measures including the elimination of overtime for letter carriers and the removal of hundreds of mail-sorting machines.

Republicans justified the decision to cut overtime on the grounds that the Postal Service is operating at a deficit and loses millions of dollars annually. A decline in the use of first-class mail since 2000 is one reason for the loss in revenue. A more significant reason, however, is that the agency has effectively been hamstrung by misguided legislation. A Republican-controlled Congress passed the Postal Accountability and Enhancement Act in 2006.

The law forced the US Postal Service to pre-fund the cost of healthcare expenses for retirees, mandating that $5 billion be set aside annually from 2007 to 2016. No other government agency has had to face that kind of drain on its annual budget.

At the time, one of the bill’s lead sponsors, former Virginia Congressman Tom Davis (R), described the Act as a landmark deal to address the “structural, legal, and financial constraints that have brought the Postal Service to the brink of utter breakdown.” Since then, however, the agency has continued to operate under a deficit, and the US Government Accountability Office reported a $69 billion loss in revenue between 2007 and 2018.

Not surprisingly, the coronavirus pandemic has made matters worse. Letter carriers typically cover extra shifts when a colleague is ill or requests time off. That requires postal workers being ready to adapt themselves to a flexible schedule. Given the demands on the system, recent cuts to overtime ensure that mail will not be delivered on time. The Alliance for Nonprofit Mailers released leaked documents from the Postal Service confirming that under Louis DeJoy’s leadership, if a mail sorting plant falls behind and can’t keep up without an employee working overtime, the mail is simply held back.

Stephen Kearney, executive director for the Alliance for Nonprofit Mailers, nevertheless pushed back on the idea that the overtime cuts and policy changes will impact the delivery of mail ballots. Kearney argued in an email to WhoWhatWhy that ballots represent a “small portion of mail volume” and members of his organization have not reported delays in their mail delivery.

“We are confident that the USPS can and will do its part to deliver election mail,” Kearney said. “The larger issue is all the work the many voting jurisdictions need to do quickly in order to handle much more voting by mail than they are used to.”