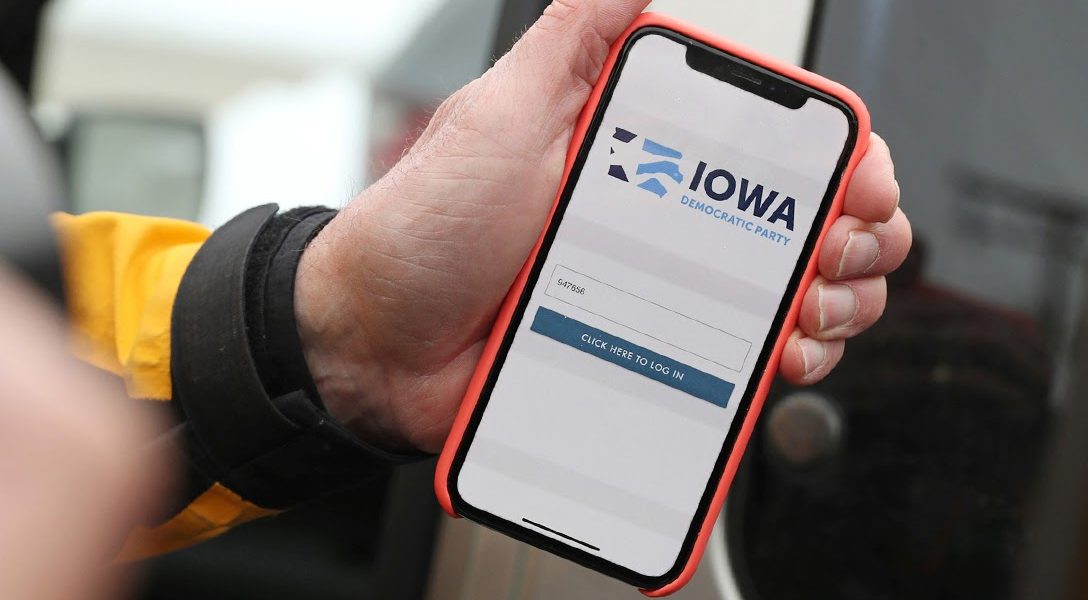 Tech Fails and Internet Trolls: Are States Prepared for Either?

With the failures of the Iowa caucus, the movement for mobile voting hit yet another setback. Now, election security advocates are raising concerns about the ability of right-wing internet trolls and hackers to exploit voting machine issues — and whether states are capable of recovering when something goes wrong.

In Iowa, Democrats blamed a “human coding error” when a mobile app for reporting precinct results on caucus night stopped working. Precinct captains attempting to phone in the numbers waited on hold for hours, and in some cases, gave up until the next morning to report back to the Iowa Democratic Party (IDP) headquarters.

It turned out that, once news broke about the app failing, prank callers flooded the hotline because IDP’s phone number had made its way to 4chan, a website that is home to right-wing extremists.

Registering to vote, finding a polling place, and requesting an absentee ballot are largely done online now. Campaigns and voting-rights groups send text messages to remind supporters that an election is coming up or ask for a donation. But what happened in Iowa raises further concerns about whether officials are capable of marrying technology with election administration, or recovering when something goes wrong.

Having a Backup Plan When Tech Fails

Not everything is perfect, so resilience has to be built in when states plan their elections, Marian K. Schneider, president of Verified Voting, argues. What they cannot do, she said, is primarily rely on technology to count votes and have no way to recover if that technology fails.

“What we saw in Iowa was that the system was not resilient,” Schneider said.

The Nevada Democratic Party took note of what happened, but did not shy away from keeping technology in its Election Day plan. The party decided on an iPad with a pre-downloaded app instead of the same app used in Iowa — but even that poses the same cybersecurity risks that were raised earlier this month.

Election security advocates are also concerned about how technology will play a role in Georgia’s elections. Republican Secretary of State Brad Raffensperger announced the state’s primary election date nine months in advance to give officials enough time to replace outdated and vulnerable touchscreen voting machines. But since then, voters have been battling state officials in court over new touchscreen machines that have been proven to be as vulnerable to hacking as the old equipment.

Whether Georgia is prepared for its primary election remains uncertain. If the new voting machines do malfunction, it would not be unusual for long lines to form while poll workers reboot the machines.

In 2018, Russians targeted Atlanta on Twitter and claimed there were voting irregularities. This time, officials are preparing for the possibility that Americans online could exploit an actual issue and sow chaos — leading to a similar environment like that in Iowa.

Reports about issues with the new voting machines during a recent special state House election suggests that it is likely a similar number of people will call in on Election Day 2020. Maggie Chambers, spokesperson for the GDP, stressed in a statement to WhoWhatWhy that the voter protection hotline will be available to all Georgia voters and its voter protection operation will “ensure that the hotline is fully equipped to help with any issues voting on Election Day.”

Meanwhile, Democrats in Washington have made multiple attempts to force votes on election security measures passed by the House. Nevertheless, a number of unanimous consent requests for three election security bills last week were quickly objected to by Senate Republicans. One of the bills, the Securing America’s Federal Elections Act, was passed by the House last year, and would ban voting machines with internet connectivity.

Schneider argued that the problems in Iowa highlighted the need for other states to have a “low-tech solution in order to recover from technological failures.”

“There needs to be a way to monitor, detect, respond, and recover,” Schneider said, adding that “it’s clear that mobile apps are not ready for prime time.”