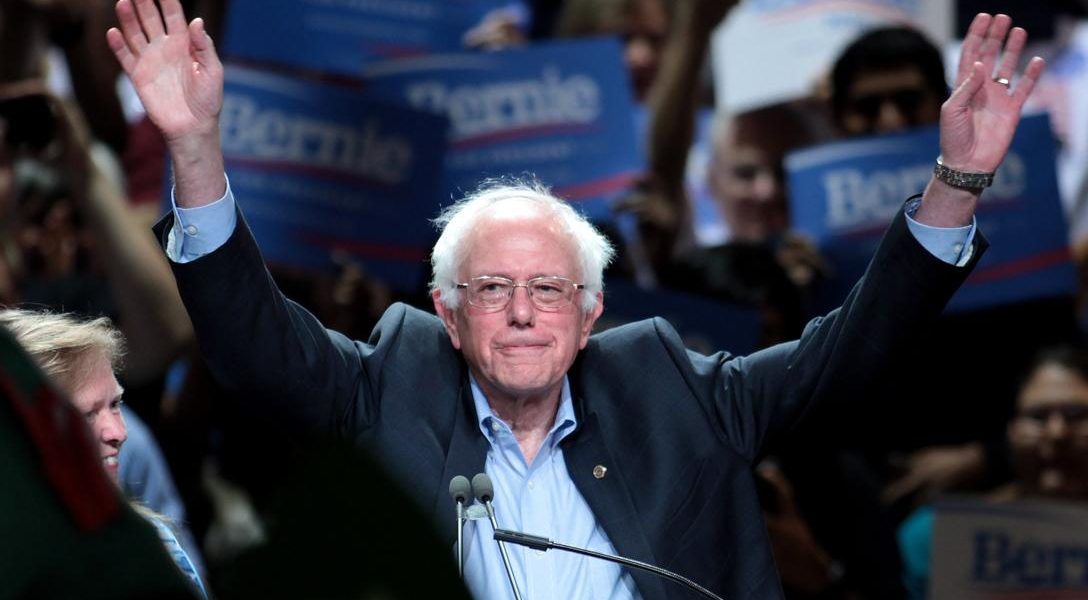 Did the public ever really get to know Bernie Sanders — or understand what the choice between him and Hillary Clinton was truly about? That’s the subject of this online chat between Joan Brunwasser of the site OpEd News, and WhoWhatWhy’s Russ Baker.

Joan Brunwasser (JB): My guest today is Russ Baker, forensic journalist, author and founder of WhoWhatWhy. Welcome back to OpEdNews, Russ! On April 5th, you posted an article entitled: Newsflash: Sanders’s Strength of Character Hurt His Campaign. I’m puzzled by the headline. What can you tell us about it, Russ?

Russ Baker (RB): Well, Joan, the essence of the headline was that Sanders may have harmed his potential as a candidate by choosing, in certain instances, to do something that he perceived to be right rather than what was most expedient. That was the buried point in an interesting New York Times article, and I thought it important enough to highlight, lest it get missed. Now that we’re past the New York Primary, and we see how well Hillary Clinton did among the Times‘ traditional constituency, there’s no question in my mind that the Times failed to really focus on fundamental moral and ethical differences between the candidates, and thereby did real damage to Sanders.

JB: Fascinating to think that something as simple as that could make such a difference in the voting. I’d like to hear more, please.

RB: From my interactions with voters, I found that Clinton backers were not really differentiating between the candidates on their personal nature, their very real decisions and philosophical cores, their historical allies and funders. They were so singularly focused on a few talking points — first woman president, fuzzy good vibe around the Clintons in their mind, the general notion (unconnected to actual policy or behavior in office) that she is somehow especially well prepared for the job, a vague unease with Sanders and his backers (too radical somehow, too impractical), that nothing else really entered into it. But the point the Times made, albeit very buried, was that Sanders had failed to seize on some key opportunities to damage Clinton and stand further apart from her, though he could have — because of his own essential decency.

JB: In a perfect world, if you were called in to advise the Sanders campaign at this late date, how would you change how they’re running it? Let’s keep in mind that no one, and I mean no one, expected him to still be in the running at this point and putting up a darn good fight.

RB: Not sure there is much more he can do at this late date. If he had really gone full frontal to educate people on Hillary Clinton’s deep investiture in the global arms trade racket (which is made clear in an important new documentary — albeit too late to matter), and how her main legacy as secretary of state may have been agitating for new wars, he would have done irreparable damage to her candidacy. I guess he’s ambivalent, based on the usual “lesser of evils” balancing.

JB: What can his supporters do, Russ? Are we all out in the cold, stuck with an unpalatable, perhaps soon to combust candidate?

RB: I think that Sanders and his supporters play a useful role by continuing to bring up substantive matters, to, if you will, remain the conscience of their party. The longer they remain active, the more of an impact they have on the discussion. We can see that with the New York Times Magazine‘s (very belated) piece on Clinton’s astonishing hawkishness, and how deep-seated it is. These are the kinds of issues Sanders brought up long ago in debate, some of which took a long time to gain traction. Plus, they could make for a very exciting convention. Virtue combined with persistence has incalculable value.

JB: Scant comfort…. On another front, I just read that while Bernie lost in NY state, he won 50 of the 62 counties, some by large margins, and therefore picked up a sizable number of delegates. Admittedly, that doesn’t include NYC, which has a large proportion of the population. But why do the media not mention this noteworthy fact — or even that Bernie did far better in NY than Obama did in 2008 against Clinton? There’s no nuance, no context. Isn’t it news? And why hasn’t there been much talk about the massive voter disenfranchisement mess in NYC, particularly Brooklyn, where whole blocks disappeared from the voting rolls? That’s certainly news. Or is it? I’m so confused!

RB: At WhoWhatWhy, we have published numerous articles on the media’s blatant failure to accurately or properly cover the Sanders campaign. (See for example this and this .) Many developments that could have been interpreted as signs of strength and success have been ignored or buried. Had the media covered these, they would have created a “success” aura around the campaign that would have logically generated additional momentum. The failure to highlight the kinds of things you’re talking about here is a perfect example. It’s why we started our news organization in the first place — because we so badly need a whole new media.

JB: Agreed. And I’m grateful for WhoWhatWhy – and the work we do at OpEdNews, while we’re at it. Let’s talk about one more aspect of this whole Democratic race. The press and the Clinton campaign have been quick to note that Bernie’s campaign has gone negative. Is this also semantics, slant, bias or something else I didn’t mention? Where does aggressively making points leave off and running a negative campaign begin? Also, where does the Republican primary race fit in with this? From the tenor of the debates to various candidates’ statements to the coverage of the issues, it’s as if we’re inhabiting two different and distinct universes. Your thoughts, Russ?

RB: The term “negative campaigning” is just another in a long list of essentially meaningless concepts that imply morality but are by design misused. The fact is, a campaign is for candidates to show who they are, and to distinguish themselves from their competitors. Merely stating views, without pointing out — aggressively — where candidates disagree, is not a public service.

I’ve never seen Sanders making gratuitous attacks on Clinton. In fact, if anything, I think he’s been either too much of a nice guy or even perhaps too afraid of being labeled a “negative campaigner.” There was and still is so much to be said about Hillary Clinton, her life, views and actions, that the public ought to know in making up their minds.

Re: the Republican primary race, it is the ultimate example of how a portion of the electorate is totally off the rails. There’s really no clear vision or qualifications evident for any of their candidates. It’s basically reduced to performance art and ability to push people’s buttons. The actual, doable substance is close to zero.

JB: I’m with you there. Anything you’d like to add before we wrap this up?

RB: Whatever the outcome, I think that both Sanders and Trump, each in his own way, have shaken the political system to its core. And that is a good thing. Now, we need to move forward with resolve and concrete objectives, to make something permanent, and valuable, from this experience.

JB: Thanks so much for talking with me again, Russ. I can’t get over that while Bernie has been lambasted for being too harsh, all along, he’s just been guilty of being too nice! What an upside down political world we live in!