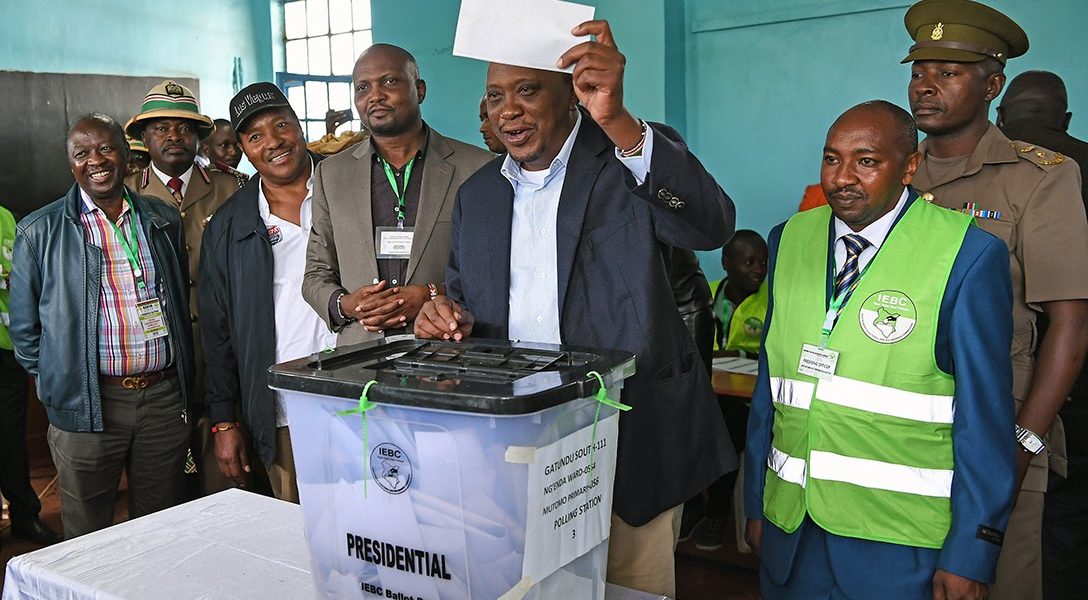 Rigged Voting at Home and Abroad — Is This Any Way to Vote?

Before and after becoming president, Trump has repeatedly charged that the US voting system is rife with voter fraud despite the fact that copious published research suggests no evidence proving its widespread existence.

Trump created the Presidential Advisory Commission on Election Integrity in 2017 with the stated goal of improving the American voting system and fighting allegedly widespread fraud.

Government officials and civil rights watchdogs across the nation argued against it, saying there was no proof of massive fraud and that it was outrageously invasive for the federal government to demand that states hand over detailed (and sometimes irrelevant) personal information about every voter. The commission was disbanded after it found virtually no fraud and did almost nothing to improve the current voting system.

Unlike other countries, elections in the United States — even national ones — are not solely controlled by the federal government. There is a complex patchwork of laws that differ between states, counties, major cities, and even villages and towns. Each can have their own rules and purchase their own hardware and software with their own specifications.

Arguably, this setup speaks to the American tradition of rejecting centralized control of major functions and institutions. Some advocates of the current patchwork system say local control of elections makes it “very difficult to steal or manipulate an election in the US.” Any irregularity in election results is a serious concern, but they argue the patchwork makes it harder to tamper in a wholesale way with the outcome of, say, a race for president. However, others point out that the patchwork system can contain vulnerabilities to interference that might not exist in a centrally regulated system. And with the Electoral College, those who want to interfere might only need to alter results in a few places to change the outcome of a presidential election.

Setting aside what President Trump has insinuated about “rigged elections” in the United States (including the one he won in 2016), the truth is that real rigged elections have been documented many times in modern history.

In the Philippines under Ferdinand Marcos, for example, Marcos “defeated” the opposition candidate, Corazon Aquino, in a 1986 “snap presidential election,” after decades of dictatorial rule, including years of rule under martial law. As Rappler has reported, “The snap polls in 1986 were marred by reports of cheating, violence, and disenfranchisement of voters. The Commission on Elections (Comelec) declared Marcos the victor, but the National Citizens’ Movement for Free Elections (Namfrel) said Aquino was the real winner, based on its own quick count.” Shortly after the vote, with the dictator’s win questioned both inside the country and out, including by the Reagan administration, the Marcos regime was finally toppled in what became known as the People Power Revolution.

In another revolutionary case, Serbian strongman Slobodan Milosevic fell from power amid civil unrest after a 2000 election in which he claimed victory over Democratic Opposition standard-bearer Vojislav Kostunica.

The 2014 presidential election in Romania was marred by allegations that bribes of food were employed to influence the outcome. The Associated Press reported in 2016 that a court had “upheld the prison sentence of a former Romanian lawmaker known as ‘the chicken baron’ who was convicted of bribing voters with 60 tons of packaged, ready-to-fry meat.”

And Kenya’s 2017 vote for president was annulled amid sharp questions about election irregularities; accusations of fraud “set off protests across Kenya, resulting in the deaths of at least 25 people, including a 6-month-old baby.” (The New York Times noted that in that year, the death toll was “far lower than in previous elections.”)

Several countries have voting systems that provide accurate results, and also feature multiple layers of transparency so the public can see the process in as much detail as they want, according to Michael Yard, a senior global election technology and cybersecurity adviser with the International Foundation for Electoral Systems.

Yard, who has worked on elections from Azerbaijan and Cambodia to Kenya, Peru, and Sri Lanka, called the system used in Kenya impressive — although, he added, “I’m not sure that I would want the U.S. to emulate full biometric systems and biometric verification of a voter on Election Day, but they [have] this in place.”

On Election Day in Kenya, voters show up to their polling place and touch a machine, which looks up their identity and confirms if they’re allowed to vote there. Then the voter receives and hand-marks the ballot.

At the end of voting, “they open the ballot box and they do the full manual count in front of all of the party agents and observers.” When the count is complete, election officials complete a “results protocol” form and photograph it. The photo is shared with political parties and on a public website where anyone can see the results from individual polling stations, and the results are sent to a central tabulation system to determine who won.

Because of the many specific layers of disclosure involved in how Kenya runs its elections, Yard said, “It’s a really good and transparent and accountable system.”

Yard also thinks the system used in the Philippines has strong points. After voters are checked in, their manually marked ballots are fed into a scanner which tabulates their choices. “Every polling station you go to has the exact same system, [and] and they’re manned by BEIs, Board of Election Inspectors. [The] polling workers essentially are mostly teachers, so they’re all familiar with the process.”

When it comes to voter turnout, the United States doesn’t do particularly well compared to other nations.

The Pew Research Center, which has tracked US voter turnout for years, reports that the US places 26th on the list of 32 highly industrialized nations that are members of the Organization for Economic Cooperation and Development, or OECD.

Pew found close to 56 percent of voting-age Americans cast a ballot in 2016’s presidential election (even though pollsters noted that 70 percent of Americans questioned said they considered a “high turnout” to be very important).

The three highest-scoring nations on the list in 2016 were Belgium, Sweden, and Denmark. More than 87 percent of the voting-age population in Belgium, where voting is compulsory, turned out in 2014. Nearly 83 percent of voting-age people in Sweden showed up the same year, and about 80 percent in Denmark voted in 2015.

Toward the bottom of the list came nations such as Chile, which switched from compulsory to voluntary voting in 2013, although eligible citizens were still automatically registered to vote.

Elections in the modern world can be, and are, not just vulnerable and problematic, but rigged. When the public learns, or is convinced, that its will has been subverted, history shows that people will take action by protest and revolution.

Excerpted from Is This Any Way to Vote: Vulnerable Voting Machines and the Mysterious Industry Behind Them by Celeste Katz Marston and Gabriella Novello, available on Amazon now.