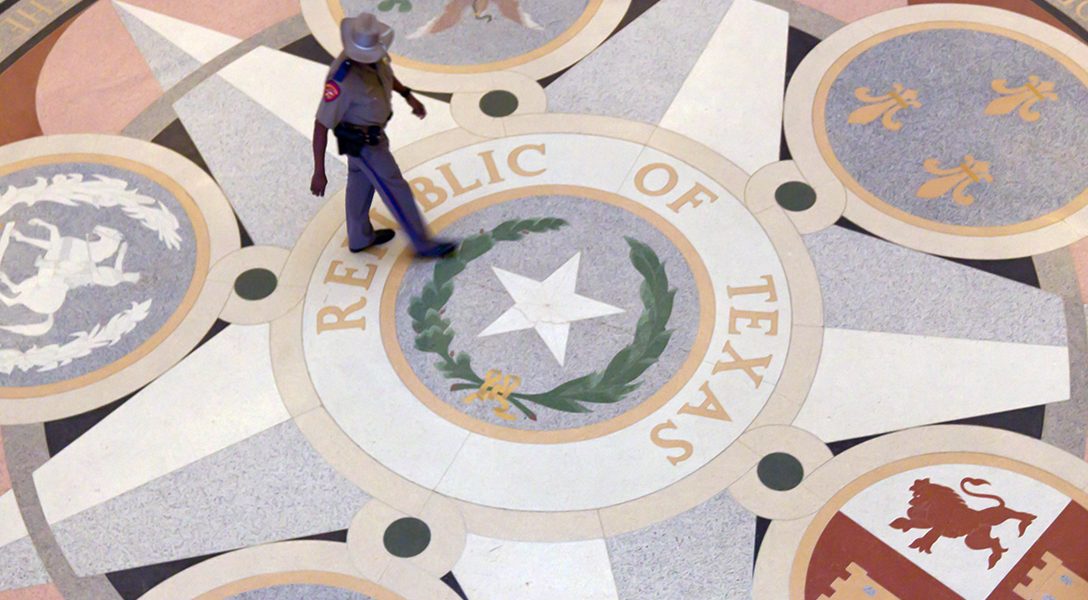 A Republican-sponsored bill hurriedly passed in Texas is causing growing concern among advocates of transparent government.

But the new Texas law has been criticized by freedom of information campaigners as a covert tool designed to conceal information from the public as the state gears up to redraw its districts in 2021.

The legislature in Austin passed the little-noticed HB 4181 last month, which dramatically widens the range of legislative privilege to include “conversations, correspondence, and electronic communications” between members of the legislature and staff. The law also provides confidentiality for “information, advice, and opinions given privately by an assistant or employee of a department to a member of the legislature or the lieutenant governor.”

The law redefines what a “state record” is, expanding discretion for marking legislative records confidential. Critics of the law argue that HB 4181 hinders Texans’ right to information about their government’s actions.

Indeed, the state’s move to harness legislative privilege to allegedly reduce public accountability echoes an ongoing case in North Carolina. There, Republican lawmakers have begun a legal case arguing “privilege” in relation to a trove of documents handed to an advocacy group and being used in a high profile gerrymandering lawsuit. North Carolina Republican lawmakers want the files of the now-deceased GOP strategist Tom Hofeller destroyed, or at least kept secret. Hofeller, a leading Republican party strategist, was the brains behind the plan to add the controversial citizen question to the census, a move widely believed to tip districts in favor of Republican candidates and boost President Donald Trump’s reelection chances.

Texas State Sen. Kirk Watson (D), who has authored multiple open-government measures, voted against HB 4181 and raised concerns about the lack of transparency and debate before its passage. The bill did not receive a hearing in the Texas House of Representatives; in the state Senate, a hearing was held without testimony.

In Texas, It’s Easier to Carry a Gun Than Cast a Ballot

“At the time, I had two thoughts,” Watson told WhoWhatWhy. “One was that I’m not sure what is the purported problem that the confidentiality provisions of that bill are seeking to fix. Number two was if we’re going to pass legislation that presumptively makes a whole new category of information off limits to the public that we serve, there ought to be a more robust discussion and debate before we do so.”

The Texas Library Association (TLA) released a statement before the law quickly passed in the Senate, arguing that “the choice to do so behind the scenes only reinforces the perception that the Legislature does not want the public to have the right to access legislative records as they have for the past 140 years.”

“We have serious concerns about what this could mean for the future,” Joe Dahlstrom, interim executive director of TLA, told WhoWhatWhy. “I think it will probably have some serious impact on transparency and the state’s continuous historical record.”

Veteran Rep. Charlie Geren (R), the primary author of HB 4181 and chairman of the House Administration Committee, could not be reached for comment.

Records previously went to the Texas State Library and Archives Commission for safekeeping. With HB 4181 the Legislative Reference Library, which has a smaller staff and is not an archival facility, will safeguard the documents and handle Freedom of Information Act requests.

“I think they’re going to have a real difficult time managing the records and properly housing them and preserving them,” Dahlstrom said. Texas has had a fairly decent history of open records, he explained, but he also worried about taking a step backward. “I don’t think this will be seen as a major problem until people start looking for state records and [are not] able to get them,” he added.

After the 2011 legislative session, Texas faced multiple court battles on how the redistricting was done, as well as voting requirements like voter ID. In the 2012 Supreme Court ruling on Perez v. Perry, email communications between former Speaker of the Texas House of Representatives Joe Straus’s staff were referenced more than 150 times. HB 4181 could now shield this information from fact-finding in future court cases.

“What worries me is that this legislation, whether intentional or not, will have the effect of hiding communications that would be important in determining the intent of the legislature,” Watson said.

Watson, a member of the Senate redistricting committee for 2021, remained hopeful. He said that ensuring fair redistricting could improve public trust: “I really do believe that the public’s worried that some of its institutions are failing, and part of the way you address that is to make sure you have a fair map, and that the debate, the contest of ideas, at least starts off from a reasonably fair point of view.”