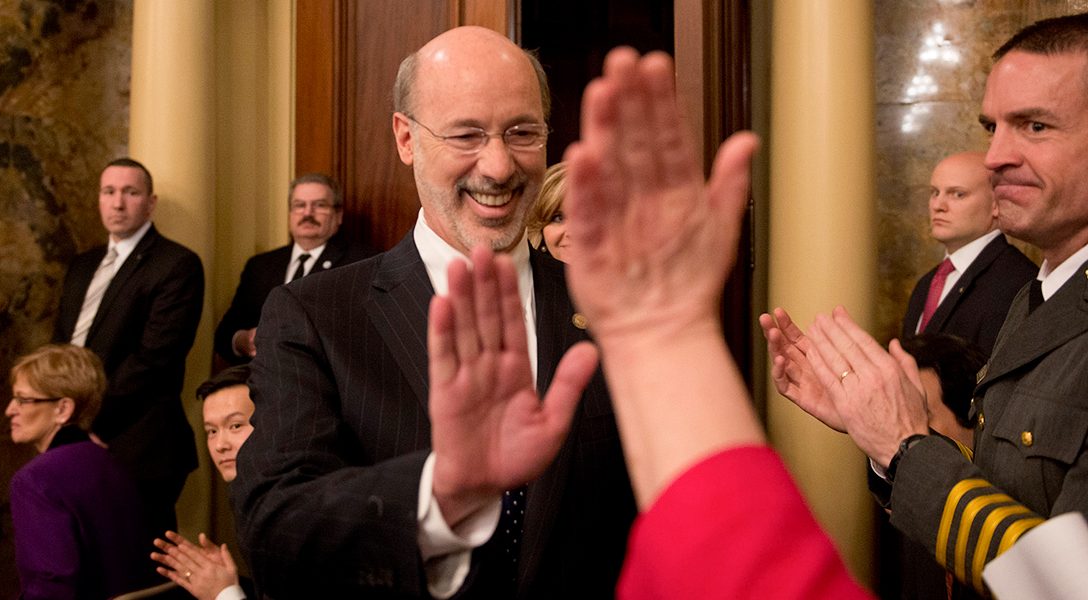 Two developments this week could have a major impact on who will control the House of Representatives in 2019 and whether President Donald Trump will be reelected.

Both were victories for those seeking fairer elections in the United States. The first took place in Pennsylvania, where the state’s Supreme Court ruled the congressional districts drawn by Republicans in 2011 to be unconstitutional. Just two days later, activists in Florida managed to get an initiative onto the 2018 midterm ballot that would allow the state’s 1.5 million disenfranchised felons — specifically those who have completed their sentence including probation — to vote.

While the Pennsylvania ruling will have an impact on who controls the House of Representatives next year, the ballot initiative, if it passes, could make it more difficult for Trump to win Florida in 2020.

Swept into office by the GOP wave of 2010, Republican state lawmakers in Pennsylvania moved quickly to redraw the commonwealth’s congressional districts. The effect was immediate and drastic.

Even though Pennsylvania is considered a closely divided battleground state and had not elected a Republican presidential candidate since 1988 before Trump won by less than one percent, the new districts gave the GOP a stranglehold on its congressional delegation. Since the change, Republicans have held 13 of Pennsylvania’s 18 seats in the House of Representatives.

That will now almost certainly change. On Monday, the state’s Supreme Court ruled that the 2011 congressional districts were unconstitutional and ordered the Republican-led legislature to redraw the voting maps by February 9th. Democratic Governor Tom Wolf then has until the 15th to review and approve them. Failure to submit redrawn maps means the court will instead revise them.

Voting integrity activists hailed the decision as a win for democracy.

Micah Simms, executive director of Common Cause Pennsylvania, told WhoWhatWhy that, while the current system does not inspire people to feel their votes matter, the court’s decision should “bring an ease to the minds of many people that when we have fairness and competitiveness, they will feel their vote is worthwhile.”

Simms also acknowledged that this decision would have obvious political implications.

“Politically, this offers an opportunity for people to have a sense of competitiveness, that if I aspire to run for Congress then I’m not running in a place where I have no possibility of winning,” Simms said. “I think that’s a frustration that many people feel and that’s why some people don’t want to get engaged in the political process, because they feel that the system is rigged already.”

Predictably, Republicans were not pleased.

“Today’s ruling by the State Supreme Court is a partisan action showing a distinct lack of respect for the Constitution and the legislative process,” Senate President Pro Tempore Joe Scarnati and Senate Majority Leader Jake Corman, both Republicans, said in a joint statement. “It is clear that with this ruling the Court is attempting to bypass the Constitution and the legislative process and legislate themselves, directly from the bench.”

The issue of gerrymandering — the partisan act of shaping districts to benefit one party’s candidates — has taken on rare prominence this year. The US Supreme Court will rule later this year on whether Wisconsin violated the Constitution by gerrymandering its districts for political (and not demographic) reasons.

That decision, if it favors democracy, could have far-reaching implications. While both parties have engaged in the practice, the GOP stands to lose more because it currently controls more state legislatures, which has allowed Republicans to hold a disproportionate share of seats in the US House of Representatives.

However, because of the state’s arcane rules, the decision of Pennsylvania’s Supreme Court will not be affected by the ruling in the Wisconsin case.

Like many others, Simms views gerrymandering as one part of a larger problem of voter suppression.

What Will Florida Do?

In Florida, meanwhile, activists succeeded in getting an initiative onto the midterm ballot that would wipe Jim Crow-era laws regarding felons off the books. It has taken them years to get to this point and the biggest hurdle still remains — getting Floridians to vote for it. Floridians will decide this fall whether to restore voting rights for felons who have completed their sentences, including parole or probation. Photo credit: Sara Simmons / Flickr (CC BY-NC 2.0)

To succeed, the measure needs the support of 60 percent of the voters this November. But Allegra Chapman, Common Cause’s Director of Voting and Elections, told WhoWhatWhy she is confident the measure will pass based on internal polling and the fact that supporters of the initiative got 1 million people to sign on.

“Voters took matters in their own hands to ensure that their fellow Floridians, family members, and friends who’ve made past mistakes, served their time and paid their debts to society are given a second chance and the opportunity to earn back their ability to vote,” Floridians for a Fair Democracy Chair Desmond Meade said in a statement.

Florida currently has 1.5 million felons who are unable to vote due to past convictions, with polling indicating most lean Democratic. The bipartisan approach to this initiative is an interesting aspect: People from all corners of the political spectrum support this measure despite the belief that Democrats will get the biggest boost. Chapman attributes this to people being willing to put politics aside: “I think people look at this issue and think whether this impacts Democrats or Republicans, it’s just the right thing to do.”

Neil Volz, a member of the Florida Rights Restoration Commission (FRRC), was a former Republican staffer before he pleaded guilty to conspiracy in the Jack Abramoff bribery scandal. When asked about being a Republican working on an initiative that would predominantly benefit Democrats he told WhoWhatWhy, “For me this is about whether people can vote, not how they vote: It’s a moral issue, not a political issue.” He sees this as a “win-win for our state — our state can improve and people’s lives can be improved.”

The impact of this initiative, if it passes, could lead to Florida being a very different battleground in 2020. With felons potentially becoming 1.5 million new voters and the sudden influx of over 200,000 Puerto Ricans, Florida’s demographics become a lot more favorable to the Democrats. However, Volz doesn’t care about this: “The movement is about people not politics.”

Will the Floodgates Open?

If the Florida ballot initiative succeeds, it could lead to similar movements in other states. According to the Sentencing Project, about 2.5 percent of the adult US population, or 6.1 million potential voters, are “disenfranchised because of a felony conviction.”

Chapman views ballot initiatives as an interesting way to change current laws and hoped that other states were paying attention:

“It’s really exciting to see this happen by ballot initiative,” she said, “I hope in other states where they do permit ballot initiatives that people come together and recognize that with collective power, they do have a lot of sway in affecting their state laws.”