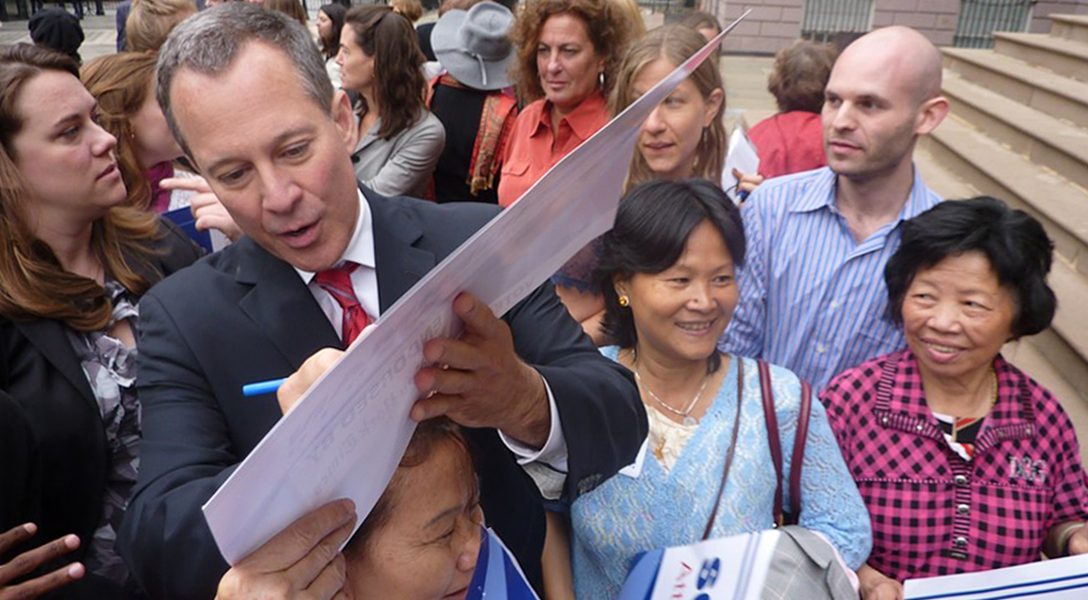 On the day of the New York primary, WhoWhatWhy warned voters that they should expect delays and irregularities. The Empire State’s officials finally caught on that there were serious problems with the vote.

Eric Schneiderman, the state’s attorney general, announced he is launching an investigation, and said he was “deeply troubled by the volume and consistency of voting irregularities, both in public reports and direct complaints to my office’s voter hotline, which received more than one thousand complaints…”

It seems that he is lucky he only got a thousand complaints. After all, more than 100,000 eligible voters in Brooklyn had been purged from the rolls. That particular error resulted in the first head to roll.

The chief clerk of the Board of Elections, Diane Haslett-Rudiano, was suspended without pay. The New York Daily News reported that she was responsible for the error that resulted in the great Brooklyn purge.

The real victims, of course, are the voters who didn’t get to weigh in on a primary with particularly high stakes on both sides and the candidates. An investigation after the fact is not going to help any of them.

Still, accountability is good, so it’s a positive development that Schneiderman opened his investigation into the problems faced by voters in New York City. The New York City controller has launched a separate probe and Schneiderman said further inquiries were possible in other parts of the state if additional voting irregularities are identified there.

“Voting is the cornerstone of our democracy, and if any New Yorker was illegally prevented from voting, I will do everything in my power to make their vote count and ensure that it never happens again,” he said.

That sounds nice, but there were enough warning signs that New York’s officials should have made sure it also didn’t happen this time around.