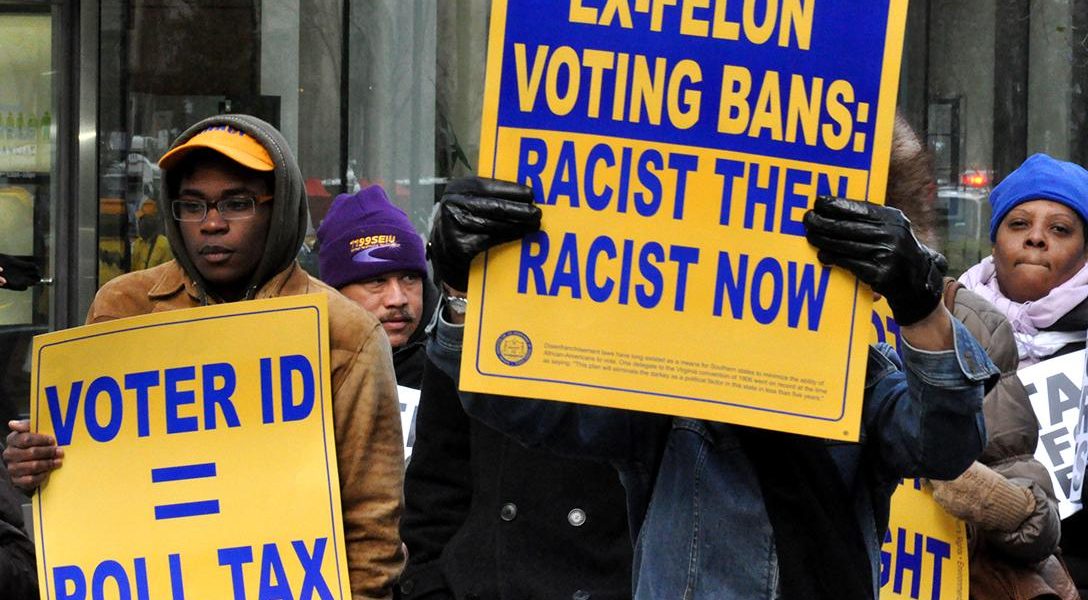 While the attention of the media and the country was focused on the Democratic National Convention, courts in three states delivered major victories for democracy.

“Although the new provisions target African Americans with almost surgical precision, they constitute inapt remedies for the problems assertedly justifying them and, in fact, impose cures for problems that did not exist,” the decision said.

Dale Ho, director of the American Civil Liberties Union’s (ACLU) Voting Rights Project hailed the ruling as a “stinging rebuke of the state’s attempt to undermine African-American voter participation, which had surged over the last decade.”

“The Wisconsin experience demonstrates that a preoccupation with mostly phantom election fraud leads to real incidents of disenfranchisement, which undermine rather than enhance confidence in elections, particularly in minority communities,” the judge wrote in his decision.

In Kansas, Shawnee County District Judge Larry Hendricks rejected the state”s dual voter registration law and restored voting rights to 17,500 voters ahead of the state’s August 2 primary. The judge ruled in favor of the ACLU, which had objected to an attempt by Kansas Secretary of State Kris Kobach to prevent some voters eligible to vote in federal elections from casting their ballots in state and local elections.

WhoWhatWhy has extensively covered Kobach, who has called the ACLU “communists.” In each case, Kobach appeared to be on the side of restricting voter rights and opposing transparency.

“This ruling is a strong rebuke of Secretary Kobach’s efforts to obstruct voters,” said ACLU Voting Rights Project attorney Sophia Lakin. “It means that all qualified voters will now be permitted to vote for federal, state, and local offices without interference with their ballots.”

A third decision on Friday benefited voters in Wisconsin, where US District Judge James Peterson not only threw out the state’s voter ID law but also dealt a blow to the Republican argument that tough laws are needed to fight fraud.

“The Wisconsin experience demonstrates that a preoccupation with mostly phantom election fraud leads to real incidents of disenfranchisement, which undermine rather than enhance confidence in elections, particularly in minority communities,” the judge wrote in his decision.

These three rulings add to a string of victories for voting rights advocates. Earlier in July, a federal court struck down a Texas voter ID law saying that it was discriminatory. However, Virginia Gov. Terry McAuliffe’s effort to restore the voting rights of 200,000 non-violent felons in Virginia was overturned.

All of the rulings show that the outcome of the 2016 election is already being contested in the courts. In particular the decisions handed down in Virginia and North Carolina could have a major impact on the presidential race, while the ruling in Wisconsin could help Democrat Russ Feingold regain his Senate seat, and hand control in the upper chamber back to his party.