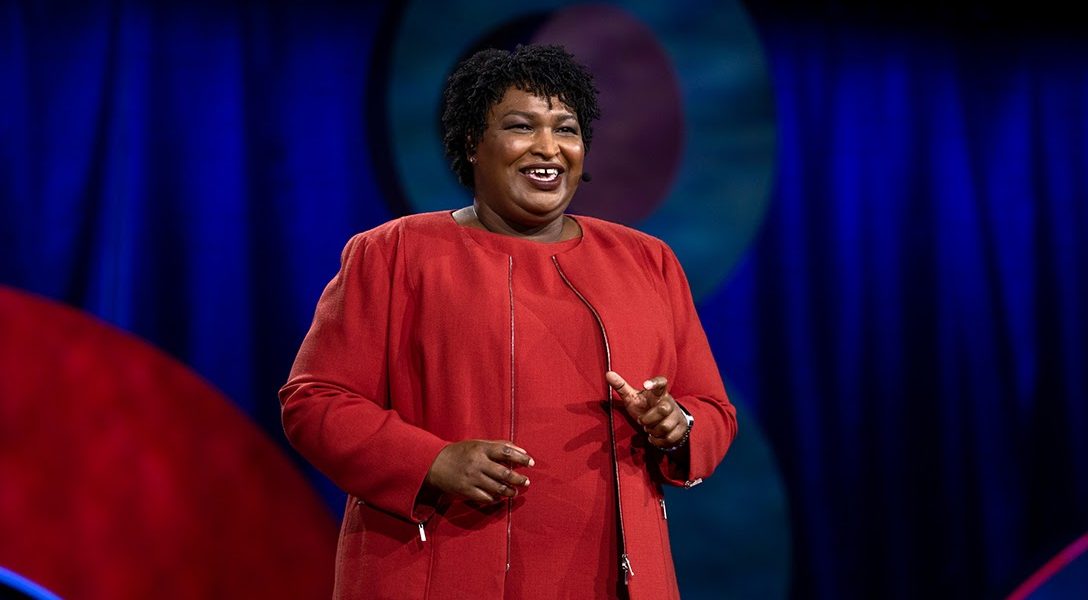 The Voting Rights Act of 1965 was a major milestone for civil rights activists, but in the 55 years since, African American voters have been systematically disenfranchised from the ballot box.

Now a new generation of African American women and men — including Georgia Democrat Stacey Abrams, former First Lady Michelle Obama, and former Attorney General Eric Holder —  are leading the way to make sure that US elections are fair.

None have endorsed a Democratic presidential candidate, but that is because the work each of them has been doing is larger than winning any particular election.

They would argue that an election cannot be fairly won if the process itself is unfair and leaves out large swaths of the population.

Perhaps nobody knows the impact of voter suppression and other dirty tricks as well as Stacey Abrams. She was one fair election away from becoming the first female African American governor in US history. Unfortunately, she did not get one. While she accepted the outcome of the election, she famously did not concede.

“Concession means to acknowledge an action is right, true or proper. As a woman of conscience and faith, I cannot concede,” Abrams said in her famous non-concession speech to now-Gov. Brian Kemp (R). “I implore each of you to not give in to that anger or apathy but instead turn to action. Because the antidote to injustice is progress. The cure to this malpractice is a fight for fairness in every election held — in every law passed — in every decision made.”

Since that day in November 2018 she has been leading that fight. There was some speculation that Abrams would run for president — and she still has hopes of doing so one day. But in the meantime, she says she has found her calling.

“My job right now is to fix our democracy, to make sure that any person who wants to vote in America who is eligible has the right to vote,” Abrams recently said on ABC’s The View.

The former minority leader of Georgia’s General Assembly and state representative graduated with honors from the historically black Spelman College before earning a masters degree in public affairs from the University of Texas at Austin, and a law degree from Yale University. Since then, Abrams spent most of her career working for nonprofits and in public service.

Before the Supreme Court struck down Section 5 of the Voting Rights Act (VRA) — known as “pre-clearance,” in Shelby County v. Holder — states with a history of discriminatory practices needed to get the Department of Justice’s approval before changing their voting laws. Since then, a number of states in the South have taken steps that make voting more difficult for African American voters — like closing nearly 1,000 polling places in communities of color.

“We have a history with this issue that goes back at least as far as the 15th Amendment,” said Cliff Albright, co-founder of Black Voters Matter. “Abrams knows that very well.”

Allegations of voter suppression and limited access to polling places played a major role in Abrams’s race for governor and her refusal to concede (although she has made clear multiple times that she understands she is not Georgia’s governor).

Shortly after “losing” to Kemp, who was then secretary of state and in charge of elections, Abrams launched Fair Fight to combat voter suppression, and ensure that every eligible voter has access to the ballot box. Fair Fight is currently fighting Republican Secretary of State Brad Raffensperger in court after the group alleged state officials carried out “unlawful policies and … gross mismanagement” during the 2018 election.

Voter suppression is often thought of as something that shows up on Election Day, Albright explained, but it happens throughout the year as lawmakers decide election laws.

“All of the forms of voter suppression … they originate at the local level,” Albright said. “[African  American voters] have got to play a leading role in the voting rights issue.”

“Answer the census so you can get your money and your political power,” Abrams stated.

Like Abrams, former First Lady Michelle Obama is focusing on increasing voter turnout across the country. After receiving her law degree from Harvard University in 1988, Obama spent most of her career in public service. When she left the White House in 2017, a number of high-profile actors, music artists, and athletes joined her in founding When We All Vote to mobilize and register voters.

“When we all vote, we determine our future,” Obama said when she launched the organization.

Obama’s “voting squad,” as she calls it, includes well-known figures like NBA All Star Chris Paul, award-winning actress and producer Tracee Ellis Ross, and author and producer Shonda Rhimes. Their goal is to use their platforms to harness grassroots mobilization around registering voters, raising awareness about upcoming elections, and reminding Americans that sitting on the sidelines during an election can never be an option.

Meanwhile, former Attorney General Eric Holder, who served in the Obama administration, put his law degree to use in his fight to end partisan and racial gerrymandering. Holder, with the help of former President Barack Obama, launched the National Democratic Redistricting Committee (NDRC) to get politics out of redistricting and file lawsuits against states with gerrymandered maps.

The group is targeting state legislative races in nearly a dozen states, including Texas and North Carolina, for the 2020 election. The goal is to elect lawmakers that, especially after the 2020 census results come in, are willing to give up their power to draw maps and create independent redistricting commissions instead.

Whether their efforts will pay off in the 2020 election remains uncertain. They are up against powerful foes. Florida lawmakers have decided to take the battle on felon voting rights to the Supreme Court rather than address voters’ concerns before November. Republican-controlled state legislatures are still fighting to block ballot initiatives with broad support that end partisan gerrymandering.

But that won’t stop these trailblazers from mobilizing support and working the courts to create a more fair union. And, their work appears to be having an effect so far.

Black Voters Matter is one of a handful of organizations that have partnered with Abrams’s and Holder’s groups to educate voters about widespread voter suppression and how to combat it. Albright argued that when they amplify examples of voter suppression throughout the country, it serves another purpose as well: when they fight and win, it uplifts the political power of immigrant and indigenous communities, he said.

National civil rights organizations, like the Lawyers’ Committee for Civil Rights Under the Law, have also joined Abrams’s efforts in Georgia and are “focused on using litigation to beat back voter suppression attempts this election season,” said Kristen Clarke, president and executive director of the Lawyers’ Committee.

“We must be vigilant in the fight against voter purges, attempts to shutter polling sites, registration restrictions, and other thinly veiled efforts to deny communities of color access to the ballot box,” Clarke said. “The right to vote is the most sacred right in our democracy and 2020 is a year that demands we all stand up to ensure that every voice is heard.”

Most of the Democratic candidates have also signed on to the NDRC’s “Fair Districts Pledge” to commit to fair redistricting, and Holder spent last summer traveling across the country to promote the pledge among activists and voters.

“Gerrymandering contributes to our dysfunctional political system because it allows politicians to cater to the special interests and the extremes of their party, while ignoring the people they represent,” Holder said when NDRC announced the pledge. “We need to end the broken practice of politicians picking their voters and allow the people to choose their representatives.”

Obama’s When We All Vote has also expanded its efforts to register and educate the next generation of voters: high school students. The group recently partnered with MTV to boost its My School Votes initiative and will award 20 high schools “with the most creative and impactful voter registration programs” a $5,000 grant each.

And, thanks in large part to Abrams’s rise in national politics, almost every Democratic presidential candidate has traveled to Georgia to court her vote (perhaps more importantly, her supporters’ votes). Candidates have also made election reform a larger-than-usual part of their campaigns.

In addition, she is rated highly as a potential vice presidential pick — and it would be a powerful choice. Putting Abrams on the Democratic ticket would not only send a powerful message to her allies in the fight for fair elections but also to those who denied her victory in Georgia and are trying to subvert democracy across America.