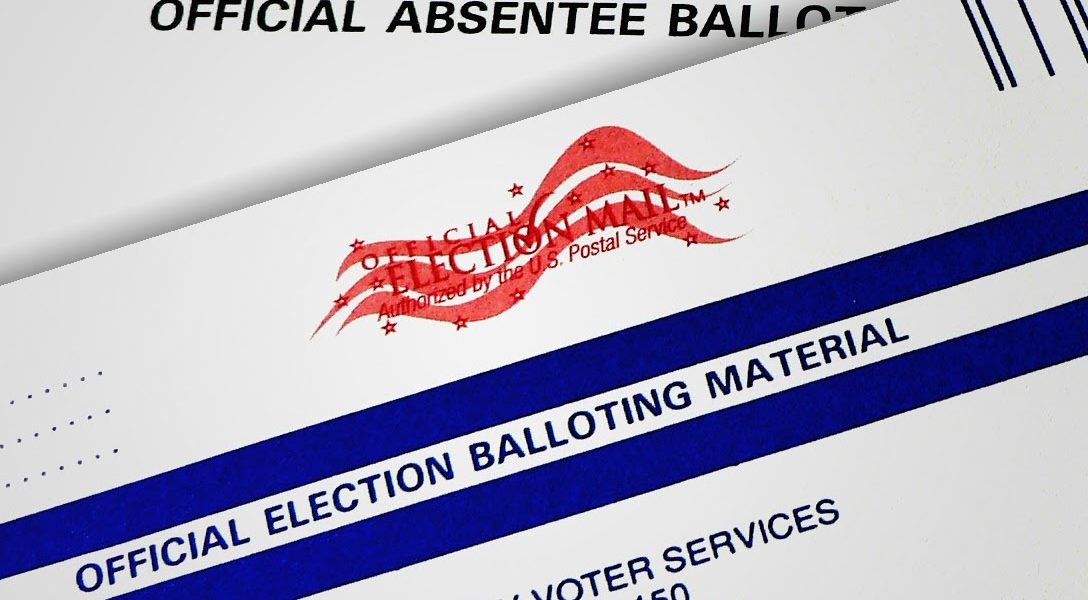 Mail-in and early voting rates in North Carolina are through the roof. Some 1.85 million votes have already been cast in the Tar Heel state, almost three times the number at this point four years ago.

But there’s a serious downside to the push for mail-in voting amid the COVID-19 pandemic: a large number of absentee ballots have been rejected, and a severe racial disparity in the rejection rate appears to be growing.

The latest numbers show mail-in ballots cast by Black voters have been rejected nearly three times as often as those of white voters.

“These vote-by-mail numbers are far greater than we’ve ever seen in North Carolina,” explained Karen Brinson Bell, executive director of the State Board of Elections. “Many voters are casting their ballots by mail for the first time, so some mistakes are expected.”

Luckily the state now has a “curing” process that enables voters to correct some issues, a process that was opposed by the Trump campaign.

As of October 20, records show that 641,446 of the votes cast so far have come by mail. But more than 13,000 of the mail-in ballots have been initially rejected, with more than a third of those rejected having been cast by Black voters. Voting-rights advocates have raised concerns that this problem — which was even worse during the state’s 2018 general election, when mail ballots cast by Black voters were more than twice as likely to be rejected — has not been corrected two weeks from Election Day.

As of October 5, according to an analysis of North Carolina Board of Elections data by Sightline Institute, a Seattle-based think tank, the rejection rate for absentee ballots cast by Black voters was 6.9 percent, compared with 2.5 percent for whites.

Despite casting only 16.5 percent of these mail-in ballots, Black voters accounted for 34 percent of the rejected submissions, according to the institute.

The state’s witness rule for absentee ballots appears to be the main source of the problem. In addition to the voter’s signature on the ballot, North Carolina also requires that a witness sign the envelope and print their name and address. Only five other states — Alabama, Alaska, Louisiana, Virginia, and Wisconsin — have such a requirement, while three states (Minnesota, Rhode Island, and South Carolina) dropped it for the 2020 election because of the pandemic.

In previous elections, the rules were even more onerous in North Carolina, which actually required two witnesses to sign absentee ballots.

“North Carolina was a real outlier with requiring two signatures, and they didn’t have a curing process — rejected ballots were just thrown out [without informing the voter],” said Kristin Eberhard, Sightline Institute’s director of democracy. “So it’s better than it used to be with one witness signature and now having a curing process in place for the first time.”

The state Board of Elections attempted to get ahead of anticipated problems in August by introducing that curing process for the first time. It gave voters a chance to fix an oversight instead of having to request and fill out an entirely new ballot. County election boards were required to contact a voter in writing or by email within one business day once a problem was discovered, and enclose an affidavit for the voter to certify the original ballot with the mistakes corrected, or request a new ballot. The written notice also included information on how to vote in-person during the early voting period and on Election Day.

“Seventy percent of voters [with ballot problems] have taken advantage of the curing process in the state so far,” said Eberhard, who included North Carolina among 15 states to receive a grade of F on a voter-protection “report card” she compiled in June.

“The GOP initially pushed hard for vote-by-mail because they saw older voters preferred to vote absentee and they leaned Republican … Now, things have flipped with the pandemic.”

That curing process was initially put on hold on October 3 when the US District Court for the Eastern District of North Carolina temporarily blocked the state Elections Board from continuing to implement its changes, a week after the Trump campaign and Republican National Committee filed a lawsuit seeking an injunction.

That was met by a countersuit on behalf of voting-rights nonprofits Democracy North Carolina and the League of Women Voters by attorneys from the Southern Coalition of Social Justice and the Fair Elections Center.

“With so many people expected to vote by mail for the first time this fall, it is vital that we keep a process in place to make sure every ballot is accepted and individuals have the opportunity to correct any mistakes made,” Fair Elections Center Senior Counsel Jon Sherman said.

The impasse came to an end late on October 14 when US District Judge William Osteen handed down a mixed ruling that kept the witness-signature requirement in place but allowed voters to fix problems like an incomplete witness address or a misplaced signature by simply filling out a form mailed to them. Those rejected ballots missing the witness signature, however, will have to be redone.

“I think this is a good outcome that means a good portion of voters who are pending ought to be able to have their ballots counted without having to fill out a whole new ballot,” said Tomas Lopez, executive director of Democracy North Carolina. “This was an issue, voter error, that we knew we were going to need to push based on previous elections when the rejection rate was 14 percent and an inordinate number of those being minorities. With the large increase in absentee voting this year, we knew there were going to be pretty high rates of people getting gummed up in the process if you extrapolate the previous years’ rejection rates out.”

The state has already received 1.4 million requests for absentee ballots this year, compared with just over 200,000 at this point four years ago.

In the state’s most populous county, Mecklenburg, home to the fast-growing banking center of Charlotte, Board of Elections Director Michael Dickerson said he is confident that his staff of 50 mostly temporary workers is handling the deluge of absentee ballots efficiently and expeditiously.

“Out of the 67,000 ballots we have in, maybe 600 need curing, with the witness signature being the major problem with those,” Dickerson said. “When we started, we sent out 77,000 ballots the first day. How many counties around the state even have 77,000 voters? But we have the staff to deal with this. We added about 20 temporary workers earlier this year so we could keep within a week of ballots coming in.”

Dickerson noted that in North Carolina absentee ballots are processed as they are received. That is in contrast to many states where ballots are not allowed to be processed until the day of the election. “I’m confident that come Election Night, 99.9 percent of your results will be in, here in North Carolina. But it’s a lot of work. We’ve mailed out 160,000 so far. Four years ago, it was about a quarter of that.”

Despite its relatively stringent absentee-ballot rules, North Carolina is one of the few states that regularly releases demographic data. That has been fortuitous for groups like Sightline Institute and Democracy North Carolina, who have used the rejection disparities to fuel their work in revealing the problem and educating voters on potential absentee-ballot mistakes ahead of Election Day. Lopez said his organization’s “election-protection hotline” is receiving about 700 calls a day.

“We’re pushing voter education, mailing out voter guides, reaching out to voters of color and communities that have been targets of voter suppression through churches, phone-banking and text-banking, doing whatever we can to get the word out,” Lopez said.

Eberhard said the pushback from conservatives on absentee voting this year is ironic considering that the GOP was initially the party that pushed hard for absentee voting in states like Florida, where Republicans sought for years to make it easier for the state’s retiree population to vote absentee.

“Things have inverted,” Eberhard said. “The GOP initially pushed hard for vote-by-mail because they saw older voters preferred to vote absentee and they leaned Republican. The same thing happened in [red] states like Arizona, Montana and Utah, which now does 100 percent of its voting by mail. Now, things have flipped with the pandemic.”

Eberhard adds that those three red Western states now appear happy with the changes made to the absentee process and require no witness signature.