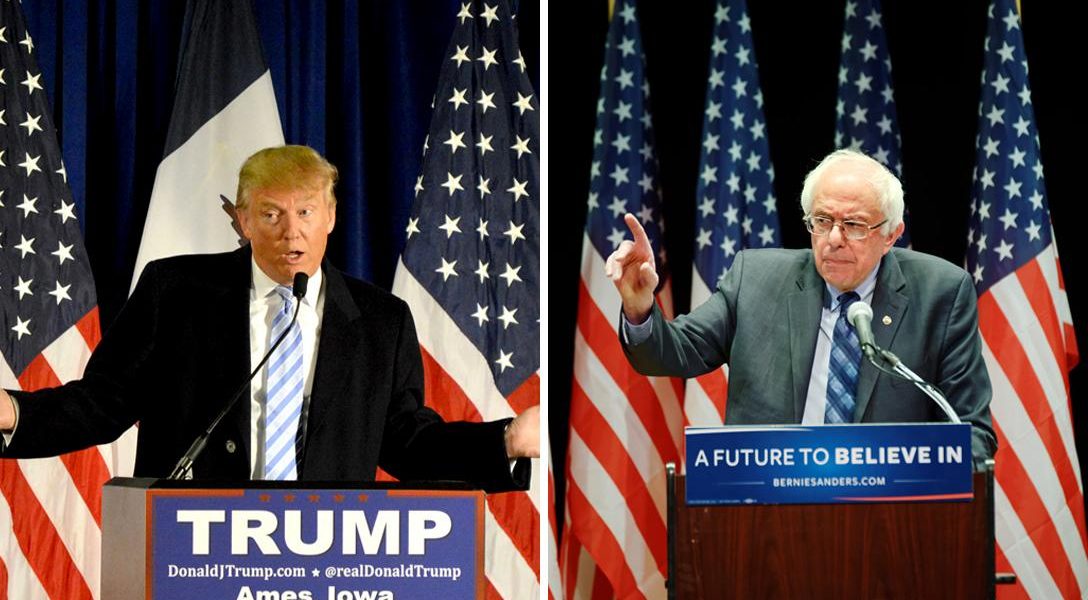 New Yorkers will go to the polls on April 19 to cast their votes in a primary that is of crucial importance to both parties. For the Republicans, it could make the difference in Donald Trump’s quest to win the necessary delegates ahead of the convention.

Yet, tens of thousands of newly registered voters in New York City may not show up to vote. Why? Because of the vague wording on a postcard.

The card from the New York CIty Board of Elections informed voters that “the” primary would be held in September.

It’s not hard to imagine that many recipients of the card assumed it referred to New York State’s presidential primary. In the absence of any other descriptive words, what else would “the” primary refer to?

In fact, the card concerned another primary — a far less consequential one, to choose candidates for local and state offices — not the balloting that pits Trump against Ted Cruz on the Republican side and Hillary Clinton against Bernie Sanders on the Democratic side.

The city’s Board of Elections claims it is all just a case of miscommunication, the result of the Empire State holding three different primaries this year — the presidential primary in April, a congressional primary on June 28, and local and state legislative primaries on September 13.

In a previous communication from the Board to newly registered voters, the date for the local primaries was incorrectly stated as September 28. As a result, the Board of Elections sent out a second message to new voters that read:

You have recently received an Approval Notice. The date on the notice for the Primary Election was incorrect. The correct date is September 13, 2016. Polls will be open from 6 AM to 9 PM. We apologize for any inconvenience.

OK. September 13 instead of September 28 — for a local election. However, that little detail specifying which primary was not mentioned on the card.

You might think that first-time voters, who probably signed up to participate in the high-stakes presidential primary, would find this confusing. However, the Board of Elections does not appear to think so.

“The term ‘regularly scheduled primary’ has been widely, if not universally, interpreted as the September Primary for state and local offices,” Valerie Vasquez, a member of the Board, said in a statement. That seems implausible, as most New Yorkers will be aware of the presidential primary in April — but not the other two in June and September.

Whether the second mailer is simply the result of poor phrasing,or an intentional attempt to confuse voters, it stands to reason that the two White House hopefuls most likely to be hurt by it are the populist candidates — Bernie Sanders and Donald Trump.

New York has a closed primary. This means voters must vote for a candidate in their party, which has caused a lot of Sanders and Trump supporters to register as either Democrats or Republicans this year.

For example, during a 10-day stretch in March, 41,000 people submitted online voter applications and officials said half of them are from first-time voters. Evidence suggests registrations are up across the state. In Erie County in upstate New York, for example, 5,000 new voters have registered since December 1 of last year. Two-thirds of them are Democrats, and Sanders supporters believe that the majority of those will vote for their candidate.

Several voters had voiced concerns online that they might be seeing an election manipulation in progress. After all, misleading voters about the date of an election or the location of a polling place is one of the oldest tricks to influence the outcome of an election without committing outright fraud.

However, Board of Elections executive director Michael Ryan forcefully rejected any such assertions.

“I find it the height of irresponsibility to use inflammatory language without facts,” he told the Gothamist. “I can state unequivocally that the Board of Elections has been successfully putting on elections in New York City since its inception. I was a commissioner back in 2010, [and] since I’ve been associated with the Board of Elections there has never been one scintilla of evidence that there are people attempting to put their thumb on the scale one way or the other.”

Whether any officials intentionally put their thumb on the scale or not, the damage may have been done — and it could make all the difference in the world to Donald Trump’s hopes to clinch the Republican nomination before the convention or to the Democratic race if Sanders manages to narrow the gap between him and Clinton in New York.