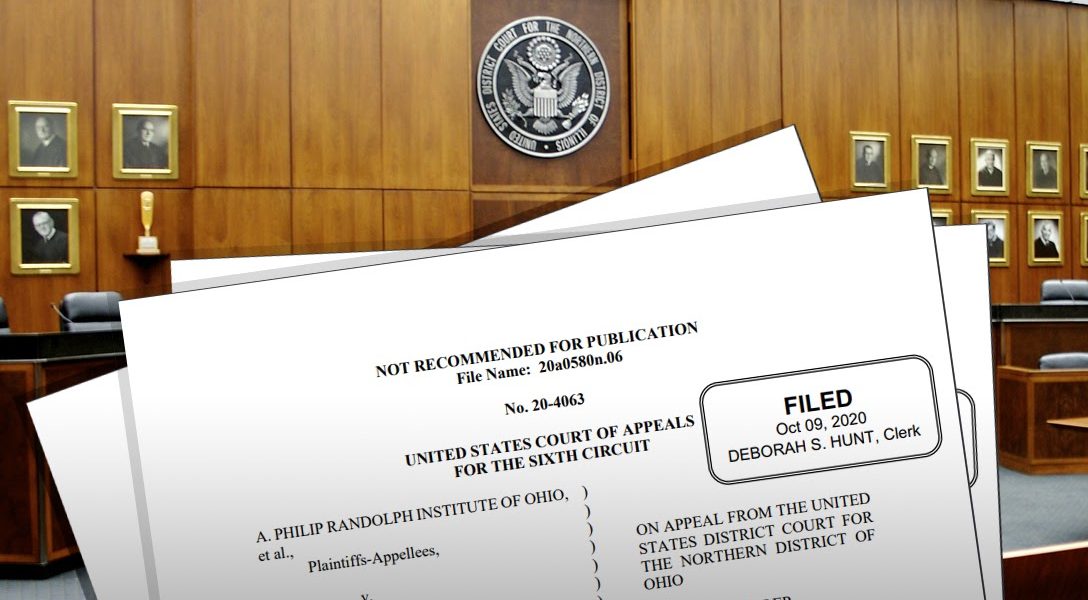 With just 20 days until the presidential election, more than 300 lawsuits disputing absentee voting processes across the country are still pending. Legal experts worry that last-minute rulings may do more harm than good, even if they appear to be voting-rights victories.

The coronavirus pandemic has led many states to expand mail-in voting in order to balance access to voting with safety for election workers. That required changing the absentee voting process and providing more ways in which a voter can return a ballot. Now, many of those states are caught up in litigation, and election experts warn that this is likely to confuse many first-time absentee voters.

One of the most frequent targets for legal challenge is the expansion of absentee ballot drop boxes. Election officials began adding drop boxes, enabling voters to deliver their ballots in person, as a reaction to increasing delays by the US Postal Service. That was especially true after widespread delivery problems were detailed in internal Postal Service documents.

In Ohio and Texas, voting-rights groups challenged restrictions to the availability of state-wide absentee ballot drop boxes without success. Last week, the 6th US Circuit Court of Appeals reversed a lower court ruling that prevented Ohio Secretary of State Frank LaRose (R) from limiting drop box locations to one per county. In the early hours of Tuesday morning, the 5th US Circuit Court of Appeals reinstated Texas Gov. Greg Abbott’s (R) proclamation, effectively limiting drop boxes in Texas to one location per county, regardless of the county’s population.

Wendy Weiser, vice president and director of the democracy program at New York University’s Brennan Center for Justice, argued that the campaign against drop boxes is really part of a broader effort by the Trump campaign and the Republican National Committee to reduce access to absentee voting.

“They have more than four dozen lawsuits pending across the country,” Weiser said. “In all of these lawsuits, the campaign and RNC have raised really radical and novel legal theories trying to reduce access to voting using the court system.”

Michael Steele, the former president of the Republican National Committee, warned that these lawsuits could lead to a lack of clarity and “have an enormous impact” on voters. The question in this election, he added, is whether it happens in six states or 50.

“There are two areas where the politics have been rife — one is the mail-in ballot process, and the other is what we’re seeing now being litigated over drop boxes in places like Texas,” Steele said. “When you have the political forces trying to shape the legal narrative and the legal outcome, it does muddy the waters.”

But the battle over ballot drop boxes is just one line of attack. Nearly two dozen states still await decisions on the type of absentee ballots that can be accepted, and on whether ballots can still be counted if they are postmarked before Election Day and received a few days after the election. How to address signature irregularities on those ballots is another issue.

Sylvia Albert, director of voting and elections with Common Cause, told WhoWhatWhy that several “striking” cases in Pennsylvania, Wisconsin, and Michigan focus on changes to the deadlines for absentee ballots to be accepted and counted. Albert and her organization are keeping a close eye on the issue because it could have a significant effect on the election.

In Madison, WI, poll workers set up an early absentee ballot drop-off site that they called “Democracy in the Park,” and allowed voters to return their ballots in-person. Poll workers inspected ballots for the signatures, acted as witnesses if a voter did not have one, and ensured that the ballot envelopes were sealed before delivering them to the elections office. The event was largely successful, and officials said that more than 17,000 ballots were submitted.

Albert says that Republicans immediately objected for no reason, whatsoever, except for the fact that they don’t like more people voting, “Republicans in Wisconsin have said this is ballot stuffing,” Albert said. “This is an election worker accepting a ballot from a voter, but I expect them to file something to try to pull those ballots out.”

Trey Grayson, a former Kentucky secretary of state, lamented the increasing frequency of lawsuits because it hinders the ability of election officials to do their job and to provide accurate information to voters.

“We can’t do that if we’re dealing with lawsuits,” Grayson said.

In addition to the legal battles over absentee voting, several concerns have also arisen regarding in-person voting and vulnerable election equipment. Albert is worried about states that rely on voting machines that have already proven to be vulnerable to cybersecurity flaws and employ poll workers who have little experience operating the equipment.

“Georgia, for example, has had a number of problems with the machines that they launched this year,” she says, “and with the [electronic poll books], as well. That’s definitely concerning.”

The Coalition for Good Governance, a Georgia-based election integrity group, has been fighting state officials over a newly purchased electronic voting system that previously experienced serious cybersecurity flaws and programming issues. However, a federal judge subsequently denied a preliminary injunction request that would have replaced the system with hand-marked paper ballots. The decision was based on the principle, which the Supreme Court has repeatedly emphasized, that courts should refrain from ruling on major changes to election procedures.

Watching the influence of politics on the next three weeks is important, Steele said. What is even more important, he added, is how the legal and political aspects try to coexist and not get in the way of each other.

“My recommendation to the public has been … on election night, get yourself a nice bottle of your favorite adult beverage, sit back, and relax,” Steele said. Talented and capable people are managing the process and counting every vote, he added, and it remains unclear how the Trump or Biden campaigns will react if the margins are close.