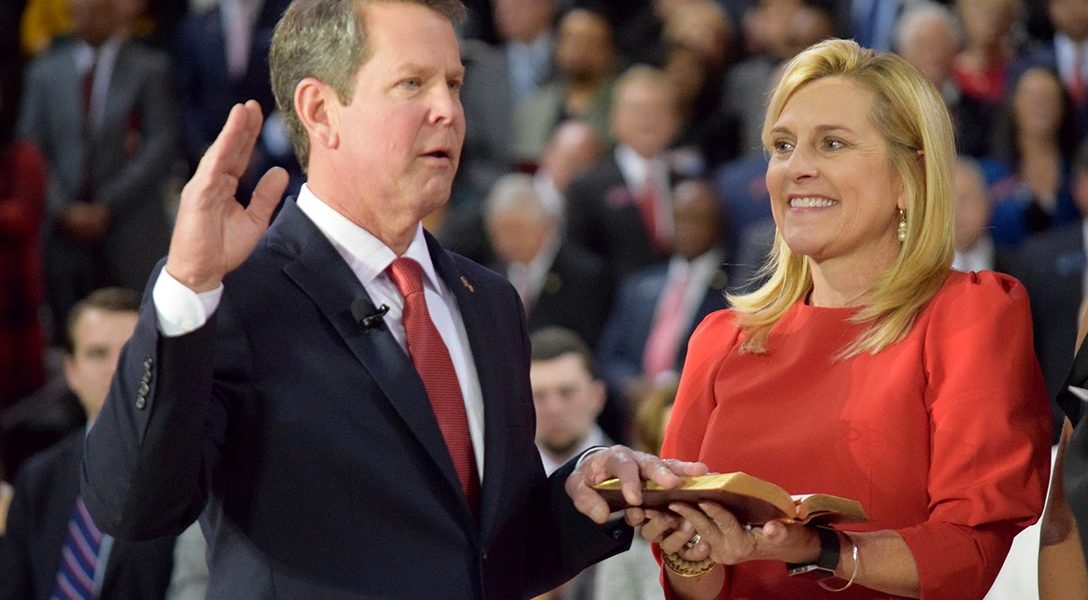 When Georgia’s Republican Secretary of State Brian Kemp announced that the state’s Democratic Party was “under investigation for possible cyber crimes” two days before the election that would make him governor, WhoWhatWhy readers already suspected that he was abusing the power of his office. Now, such suspicions have been confirmed by an official investigation.

It was early morning on Sunday, November 4, 2018, when Kemp’s office released a statement asserting that Democrats may have done something criminally wrong. At that time, he must have known that this was a bogus claim.

What had really happened was that Richard Wright, a Georgia voter, had found a “massive” vulnerability in the state’s “My Voter Page” and alerted election security attorney David Cross and state Democrats about this problem. In turn, Cross notified Kemp’s lawyers so that the issue could be fixed before it could be exploited. After all, as secretary of state, Kemp was responsible for safeguarding the voter information that was exposed by these vulnerabilities.

Instead of fixing the problem, Kemp accused the state Democrats, without any evidence, of attempting to “hack the state’s voter registration system.”

At the time, WhoWhatWhy had already broken the news of the vulnerability in a story that was later picked up by national and international news outlets. Anybody who had read that article already knew that Kemp’s claim was very likely a political ploy to distract from his own failures as secretary of state.

Now, nearly a year and a half later, the Georgia Bureau of Investigation has found no evidence backing up Kemp’s claims that Georgia Democrats hacked, or were involved in any hacking of the state’s voter registration system.

Election integrity activists see Kemp’s action as a pattern of attacking those who highlight election vulnerabilities — a pattern that is once again playing out in Georgia right now.

“They trusted that Kemp would use this information about security vulnerabilities to safeguard voters’ information,” said Marilyn Marks, executive director of the Coalition for Good Governance. “Not turn on the party officials to attack them in a despicable political assault.”

Georgia Democrats also found harsh words for Kemp following the announcement that the investigation had been concluded and they had been completely exonerated.

“More than a year after the sitting Secretary of State leveraged baseless accusations against his political opponents, we’re finally receiving closure on an ‘investigation’ that has been a sham from the start,” Nikema Williams, chairwoman of the Georgia Democratic Party, said in a statement. “Since the beginning of this whole process, Georgia Democrats have made it clear that our priority is to protect the integrity of Georgia’s democracy, while Brian Kemp and his administration have stopped at nothing to chop it down.”

It remains unclear how long the security flaws in the voter registration system existed before being fixed — or whether anyone exploited the flaws once the issue was made public.

Another Attempt to Shoot the Messenger

Marks’s organization is currently in a legal battle with state officials regarding cybersecurity flaws in another part of Georgia’s election system: the new touchscreen voting machines that have been proved to be hackable. She argued that Kemp’s actions were another attempt to “shoot the messenger in order to conceal his own department’s shoddy work.” Kemp’s actions, she added, made it obvious to election security experts that the messengers in this case were acting responsibly.

But it appears that Kemp’s successor, Republican Secretary of State Brad Raffensperger, might be following in his footsteps after Marks and Dr. Richard DeMillo, a cybersecurity expert from Georgia, started calling the state’s voting machines into question.

Marks and DeMillo went to various polling places during the November 2019 elections in Georgia to observe and report any problems with the new touchscreen voting machines that election security experts continue to raise concerns about. A few days later, Raffensperger’s office launched an investigation into Marks and DeMillo concerning how close they physically were to voting machines.

“Secretary Raffensperger is continuing the same ‘shoot the messenger’ retaliatory tactics toward critics of the new voting system by conducting threatening investigations on trumped-up allegations, such as the investigation of professor DeMillo and me for allegedly being too close to a voting machine when we were reading a posted sign,” Marks said.

Both Marks and DeMillo have said in the past that voters were not near the machines they viewed, and poll workers did not stop them from reading the instructions placed on the machines. This investigation is still ongoing.

“The wasteful investigation of responsible citizens continues while he ignores the gross and serious violations of law by officials deploying voting equipment that violates voters’ right to a secret ballot and violates required anti-tampering protections,” Marks said. “People see this for what it is — an attempt to marginalize critics.”