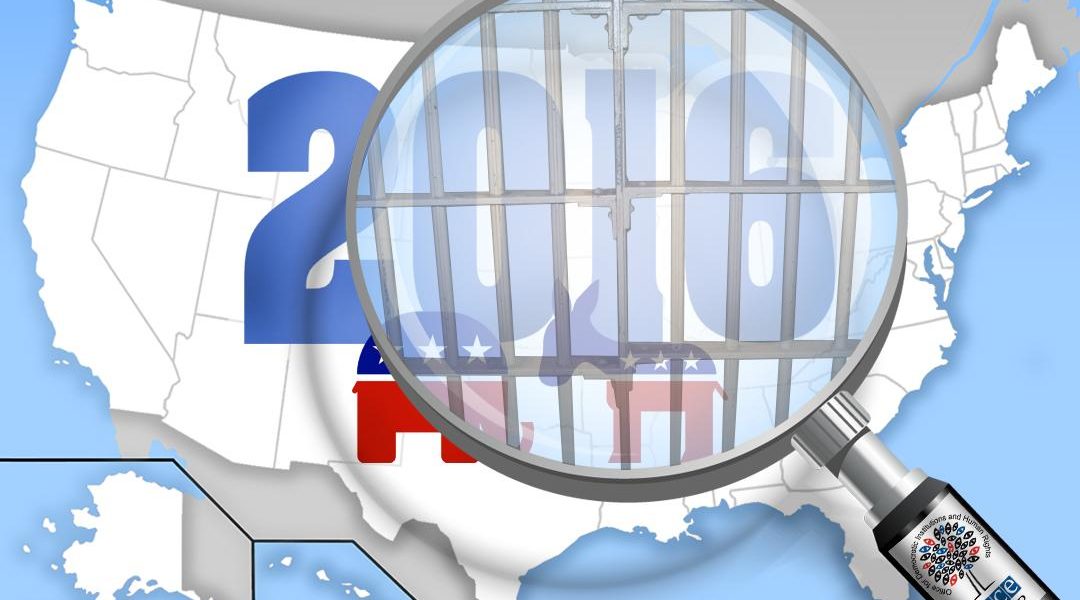 The hundreds of international observers dispatched to keep an eye on the US election are already troubled by what they have seen.

According to an interim report, the election monitors sent by the Organization for Security and Cooperation in Europe (OSCE) have expressed deep concerns over the disenfranchisement of millions of US citizens.

“Up to six million Americans will be excluded from the election,” said Michael Georg Link, the OSCE’s chief election observer, in an interview with the German Frankfurter Allgemeine Zeitung.

Link explained that an estimated 3.2 million Americans are being disenfranchised because they are either in custody and awaiting trial or have already been sentenced. An additional 2.6 million citizens have already served their time behind bars but were still stripped of their right to cast a ballot on November 8.

Jürgen Klinke, another German election observer, told the country’s leading daily Bild that the US had “some catching up to do to meet international standards.”

The OSCE is also disturbed that so many Americans fear that the election would be rigged. Link explained that the international observers had so far seen no evidence that this is happening. Instead, he suggested that the accusations Democrats and Republicans had exchanged are rooted in the viciousness of this election cycle.

While GOP nominee Donald Trump has blamed just about everyone for rigging the system, Democratic candidate Hillary Clinton and her camp have accused Russia of trying to influence the election by hacking the email accounts of party and campaign officials.

But don’t expect to hear the concerns of foreign observers in the mainstream media just yet. In July, WhoWhatWhy became the first US news outlet to report that hundreds of international observers would monitor the upcoming election. The OSCE usually only dispatches a handful of monitors to well-functioning democracies. Still, it took corporate news outlets a couple of months to catch up.

Up until now, Link’s most recent statements have also gotten the silent treatment from the mainstream media.

•  New voter identification laws. These may confuse voters and local polling officials, uncertain about how to apply the law. The report calls voter identification a “highly charged” issue which divides along party lines, with Republicans raising concerns about voter impersonation, and Democrats worried about disenfranchising voters, particularly minority and low-income citizens.

•  Voting machines. The voting technology in use in many parts of the US is “old and not replaced due to a lack of resources at the federal, state or local level. This has caused concerns with reliability, security and possible malfunctions, which could lead to lost votes or long queues at the polls.”

•  Reception the observers will receive. The US government asked OSCE to send officials to observe this election. The National Association of Secretaries of State also extended an invitation. But the OSCE report notes that it is difficult to predict what kind of reception the observers will receive at individual polling places — and that foreign observers are banned outright in 13 states.