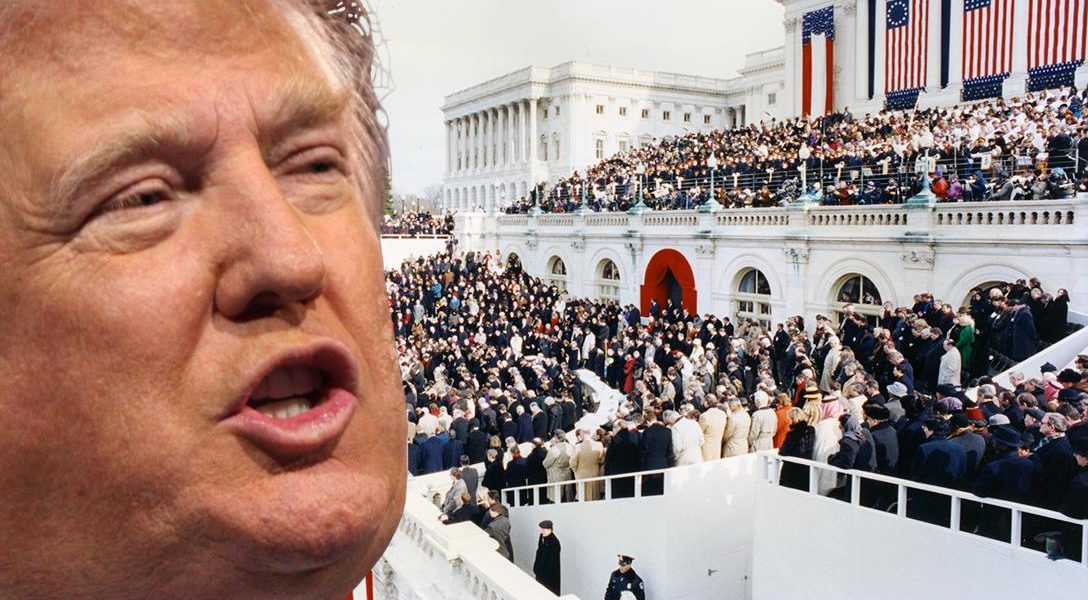 International Crises Will Test Trump on Day One

The US presidency does not allow for a lot of on-the-job training. When Donald Trump is sworn in on Friday, the country’s issues instantly become his own and he will be the one who is expected to fix them. Unfortunately, there are a lot of problems that can’t be addressed with a series of Tweets.

While Americans who oppose the incoming president are most concerned with what he will do domestically — with regard to the economy, health care, illegal immigrants, or whether he will abide by the Constitution — Trump’s impact abroad will be felt almost immediately.

Domestically, he inherits an economy that seems to be doing reasonably well at first glance — at least that is what two benchmarks seem to suggest: The unemployment rate is low and the Dow Jones is threatening to crack the 20,000 point barrier for the first time. But those figures are fool’s gold, as WhatWhatWhy has often reported (for example here, here and here). To many members of the diminishing middle class, they are meaningless.

In addition to having to figure out what to do with the Affordable Care Act, Trump will also be measured by his promise to create jobs and “make America great again.” That is a really tall order because the next recession is very likely to hit the US in the next four years. And right now, with interest rates hovering at historically low rates, there are not many arrows left in the quiver to fight it.

While domestic policy changes take time to implement and their results often do not become apparent for months or even years, foreign policy waits for no one.

On the global stage Trump is facing a nearly unprecedented number of potential hot spots — many of which he has already poked around in. The Middle East continues to be a mess on multiple fronts — from Afghanistan, Turkey and Yemen to Iraq, Syria and ISIS, as well as the future of the Iran nuclear deal and the ever-volatile situation in Israel, which Trump seems eager to jump in the middle of.

The incoming president’s relationship with Russia will be particularly worth watching. If there is nothing to the rumors that Russia has some “black ops” means of exerting pressure on Trump, then his bromance with Vladimir Putin will be tested when the interests of the two countries clash, which should happen soon. At that point, what will Trump do to prove that he is not a Russian puppet?

Washington’s often rocky but, on the whole, mutually beneficial relationship with China is also headed for a period of uncertainty — thanks in no small part to Trump’s campaign rhetoric and his Twitter diplomacy. His often expressed negative views and threats toward the Asian giant combined with China’s drive to expand economically, territorially and militarily create a dangerous mix.

Even Europe, which has been largely stable for the past 70 years, is undergoing turmoil with the ongoing refugee crisis, Brexit and populist movements throughout the continent taking their toll on the creaking structure of the European Union.

The number of potential hot spots is not the only problem. None of these current or potential issues are taking place in isolation, and the US is entangled in or directly responsible for most of them. Pulling a thread in one part of the world can cause new strains in another. Any potential solutions require diplomacy and a nuanced approach, two things few people would associate with the incoming president.

Trump does well when he can paint America’s problems in black and white. People want better jobs but there are none and that’s China’s fault. And Mexico’s. And Obama’s. Trump’s view of the world can be summed up with “You’re either with me or against me.”

But that’s not how things actually work because countries often act against the interests of their allies and at other times they have to work with their adversaries. Two examples among many: China is the one country that can contain North Korea, and Iran is an ally in the fight against ISIS.

Enter Trump and his foreign policy and national security team, which is short on people with experience in diplomacy. Their work will be further complicated by the transition team’s insistence that politically appointed ambassadors have to pack their bags on January 20th. They leave behind an experience vacuum and a lot of uncertainty. That means that the next time a Trump Tweet causes a minor political incident that needs to be smoothed over — or any other issue needs to be discussed in person — there won’t be a top-level US diplomat in the country to do so.

For all these reasons, the world will be holding its breath from the moment Trump is sworn in. When he arrives at the White House after the parade, the many problems immediately facing him abroad will reveal very quickly what kind of a president he will be.