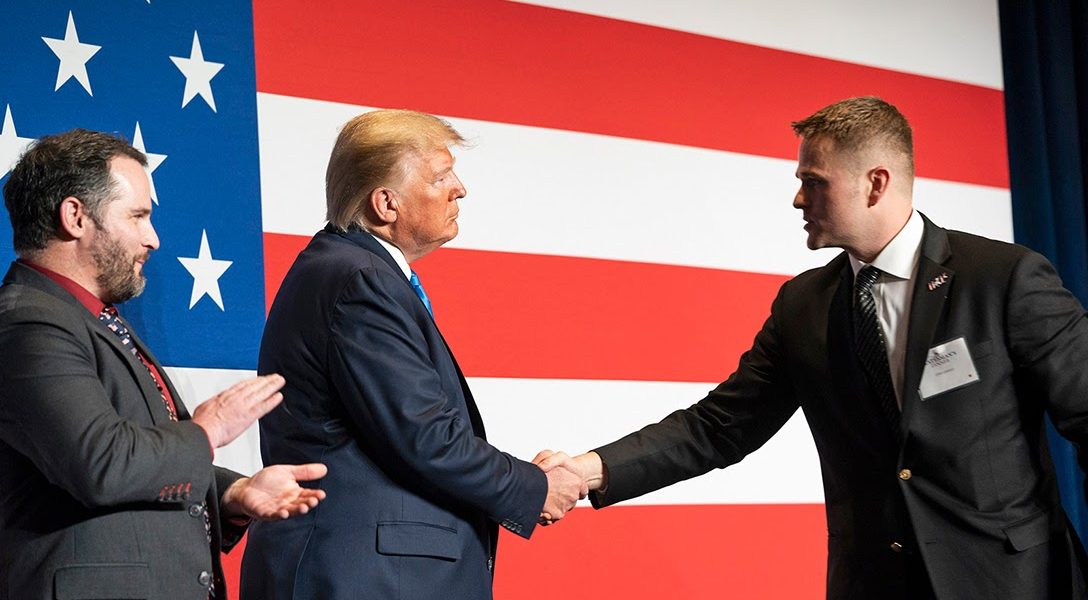 As the historic impeachment of President Donald Trump and the approaching 2020 election convulsed the US political debate, WhoWhatWhy’s weekly series surveys world opinion and its impression of the far-reaching developments.

Singapore: the Business Times, Opinion — “The impeachment process against Nixon was a bipartisan effort, with both Democrats and Republicans agreeing on the need to punish the Republican president and working together to achieve that goal.

The majority of Americans supported that effort.

Hence Democrats and Republicans voted in favour of the three articles of impeachment against Nixon and the expectation was that they would be approved by the entire House and that that would be followed by a trial and conviction in the Senate.

However, America is today divided into two political tribes that seem unable to agree on anything, and that in many ways perceive the political reality in different ways. It’s a zero-sum-game that one side cannot allow the other to win, which explains why Americans are divided in the middle over the wisdom of impeaching the president.”

The intersection between Trump and Clinton…

Canada: the Globe & Mail, Andrew Cohen — “There is no easy comparison between Mr. Trump and Mr. Clinton in intellect (Mr. Clinton was a Rhodes scholar) or experience (Mr. Clinton was a five-term governor). Both avoided military service and both were philanderers. Mr. Clinton apologized; Mr. Trump doesn’t. Mr. Clinton lied about sex; Mr. Trump lies about everything. When the founders imagined removing a corrupt president, they worried most about the kind of foreign interference Mr. Trump has solicited. It is as if they wrote their prescription with his name in mind.”

The unforeseen ripple effect of impeachment …

Japan: Japan Times, Opinion —  “U.S. President Donald Trump got the biggest win of his administration on trade policy last week by reaching an agreement with Speaker of the House Nancy Pelosi on terms for the U.S.-Mexico-Canada Agreement (USMCA), the pact that will replace the North American Free Trade Agreement (NAFTA), which governs more than $1.2 trillion of trade among the three countries. Counterintuitively, it may have taken the passions generated by the impeachment process to get USMCA through Congress.

The agreement between the two ends of Pennsylvania Avenue is a reminder of the political dynamics at work in the U.S., and a key factor is the electoral calendar. Trump wants a trade deal to be able to tell voters he is keeping promises and returning jobs to the U.S. After excoriating NAFTA, he had to be able to offer an improved accord. Democrats want to prove that they are not consumed by impeachment and can still get things done; moderate Democrats are especially eager to say that they are addressing pocketbook issues and can do deals with the president. That is especially valuable in swing states, those that voted for Trump in 2016 and then backed a Democrat in the 2018 midterm elections.”

For Ukraine, the focal point of the scandal that engulfed Trump, there are few good outcomes…

Ukraine: Al Jazeera, Mansur Mirovalev — “The impeachment inquiry has made Ukraine politically “toxic” and imperilled both its fight against Russia and efforts to resuscitate its economy, some analysts say.

It is “the most expensive negative advertising for an individual nation in modern history”, Alexey Kushch of the Growford Institute think-tank told Al Jazeera.

“There is a plume of toxicity that has not just spread to the political elites in Kyiv, but also covered all of Ukraine,” he added.”

Impeachment is the starting gun of the 2020 presidential election race…

UK: the Guardian, David Smith — “For weeks, his re-election campaign has been running adverts and raising millions of dollars off the inquiry. On Wednesday, it sent out its latest email seeking donations to the “Pre-Vote Impeachment Defense Fund”.

The House debate offered its own premonitions of the weaponisation of impeachment. Perhaps never more so than when Clay Higgins of Texas cast Democrats as “insidious forces” that threaten the republic. “They fear the true will of we the people,” he barked angrily. “They are deep established DC. They fear, they call this Republican map flyover country. They call us deplorables.”

It could almost have been the first draft of Trump’s speech at the 2020 Republican national convention.”

Beijing fears a wounded Trump on the election trail…

China: Global Times, Yang Sheng — “[Impeachment] might add more uncertainties to China-US relations in 2020, the US presidential election year, since the Trump administration could be more aggressive and tougher on policy making toward China. Chinese analysts believe that whether Trump gets re-elected or not, China-US relations will not return to the pre-2019 situation, as the year is a turning point to a new normal – less cooperation and more friction and confrontation in bilateral relations. They also suggested that China should actively shape and manage the most important bilateral relationship in the world by focusing on self-development and reform to ensure the US accepts China’s increasing influence rather than recklessly provoking and containing China that will increase the risk of conflicts.”

Israel: the Jerusalem Post, Editorial — “President Donald Trump’s campaign has embraced Democratic-led efforts to impeach him as a major asset to his 2020 re-election campaign, betting that his supporters and disaffected political independents will be motivated to vote for him next November. But if the Republican president is hoping for a public backlash like the one against the 1998 impeachment of Democratic President Bill Clinton, it has so far not worked out that way.”