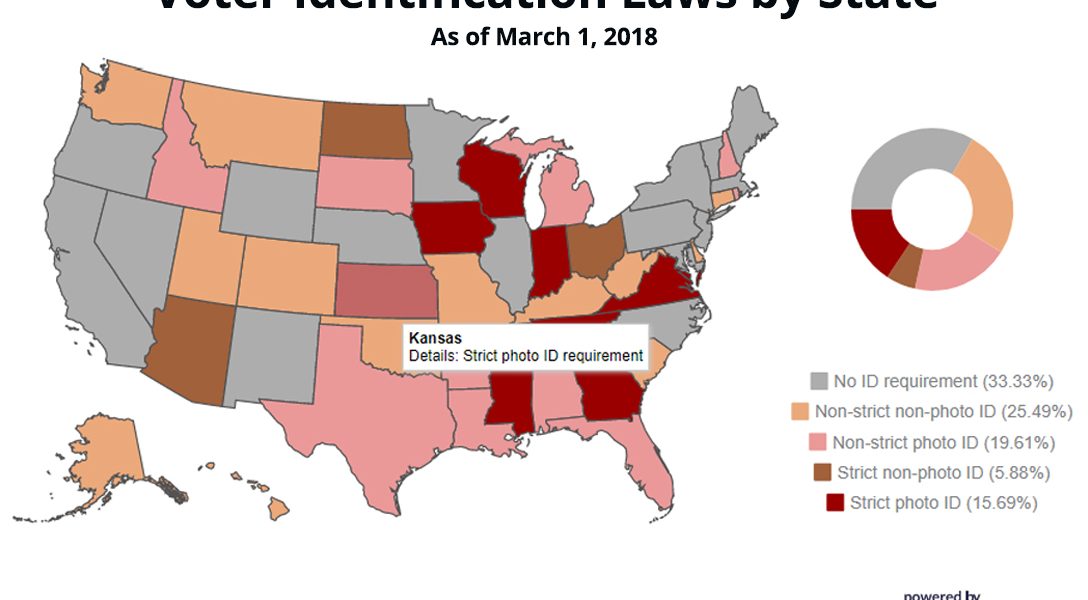 While Democrats, Republicans, and the intelligence community are all warning about potential Russian meddling in the November midterm elections, ordinary citizens face even greater obstacles to exercising their vote.

WhoWhatWhy spoke to voting rights and election integrity experts about the broad range of threats to voting access. They noted that there are other serious election concerns that voters should worry about this fall — challenges to the integrity of the voting process that are not getting enough attention in the mainstream media.

In 2016, Donald Trump campaigned with a warning that the vote might be rigged against him. After winning the election but not the popular vote, President Trump — to prove his (completely unsubstantiated) claim that “millions voted illegally” — established a commission to address alleged voter fraud. The commission was later disbanded after many states refused to turn over sensitive voter data and allegations surfaced that its true purpose may have been voter suppression.

According to Robert Hoffman, State Advocacy for Voting Rights at the ACLU, Trump’s commission ignored crucial voting rights issues. In fact, Hoffman complained, its impact had the opposite effect:

“Instead of addressing necessary barriers to the ballot, such as low voter turnout and outdated and insecure voting systems, Trump’s sham commission focused on selling the lie that he won the 2016 popular vote. This, in turn, justified subsequent voter suppression tactics.”

Voter suppression has worsened over the last decade, Hoffman charged. Most obviously by state legislatures who made it more difficult for some Americans to exercise their right to vote. The Hurdles of Voter Registration and Voter ID

Each of our experts echoed Hoffman’s concern that voter suppression tactics will affect the upcoming midterms. All of them pointed particularly to laws regarding voter registration and voter ID.

According to a Brennan Center for Justice roundup of 2017 voting laws, registration and ID laws were the most popular ways to suppress the vote. North Dakota and Arkansas passed their first voter ID laws in 2017, while Texas bolstered its existing law. Meanwhile, Indiana, Georgia, Iowa, and New Hampshire introduced laws limiting voter registration.

“While some of these bills might not become law in 2018, that doesn’t mean they’re dead,” the Brennan Center’s Jonathan Brater told WhoWhatWhy. “They can always be revived in time for the 2020 election. And it’s worth pointing out that many state voting laws often become the blueprint for federal voting laws.”

So, what makes these laws so popular and easy to pass?

“They appear practical to many and ‘supportive’ of securing our vote, something no one wants to be against in this climate,” according to Brett Shears at Vote Allies, a civic engagement organization in California that helps restore voting rights to disenfranchised voters, such as previously convicted felons.

“A group of people have convinced lawmakers, administrators, and even voters that our elections are ripe for fraud,” Shears added. “Tighter voter registration and voter ID laws, they say, is the only way to stop this from happening.”

While this may sound like a reasonable way to combat fraud, Shears argues voter ID and voter registration bills wage a psychological war, as much as a legislative one.

“Those supportive of voting hurdles — always the people who face no hurdle at the ballot box — are basically saying: ‘prove to us that you really want to vote.’ Often these laws end up discouraging, rather than encouraging, voters from taking time out of their day to complete the voting process.”

Shears asserts that voter ID and voter registration laws are part of a war between people like him, who see an expanded vote as the fulfillment of participatory democracy, and those who believe voting should only be for select groups.

“I call them voting purists. Voting purists think that voting is only for selected individuals in the country,” he said. “They definitely don’t want someone who had a previous felony conviction. Even naturalized citizens, people who fought hard to be here, have had trouble proving their right to vote.”

Shears did note that 2017 wasn’t all bad, as several states such as Indiana, Idaho, and Wyoming reduced barriers to voting.

“The success we saw last year in regards to expanding the vote is due to one thing: preparedness when voting. If you call America ‘home,’ then you are a potential voter. And you should have your voice heard.”

Vote purging, meanwhile, has increased due to the advance of a process called “Interstate Crosscheck.” Designed by Trump supporter and Kansas Secretary of State Kris Kobach, Crosscheck was sold as a “free way” to prevent “double voting,” meaning people who vote twice. Ahead of the 2016 election, Crosscheck was implemented in 28 states and analyzed 98 million voters — 7.2 million were flagged as potential “double voters.” More than one million of them were removed from the rolls, journalist Greg Palast alleged, even though it is not illegal to be registered to vote in multiple states.

Yet, despite assurances from supporters and Kobach himself, Crosscheck’s methodology proved faulty. The program has recently come under fire for its inaccuracy and racial bias, leading eight states to withdraw (Alaska, Florida, Kentucky, Massachusetts, New York, Oregon, Pennsylvania, and Washington), and three states to consider legislation that will force their withdrawal (New Hampshire, Illinois, and Kansas).

WhoWhatWhy detailed problems with the system in a 2016 interview with Palast:

“Crosscheck has a database of ‘suspected names’ that are a potential for double voting. Voters suspected are people like ‘Maria Christina Hernandez’ who voted in Virginia and voted again, apparently, as ‘Maria Isabel Hernandez’ in Georgia. So Kobach and those concerned with so-called voter fraud think that ‘Maria Hernandez’ is an ‘uncommon name’ in the US, and that she is just switching her middle name twice to vote in separate states. Two million people are just on this list. So she’s removed from voting.”

Jonathan Simon, executive director of the Election Defense Alliance, notes that the Crosscheck program is just as dangerous — if not more so — than the potential for vote count manipulation.

“Along with more barriers to casting a ballot, and long lines at the polls, Kobach’s Crosscheck scheme will be out in full force this November,” he said. “And of course no voter — except in the tiny sprinkling of hand-count towns and counties, which makeup less than 2% of the vote — will have any opportunity to observe the counting process.”

Another aspect that could hinder midterm voters is one that often goes unseen. Mainly because voters are not allowed to see it.

Americans are unaware of just who is counting their votes, perhaps assuming that election officials are doing the counting themselves. But that’s often not the case.

“Since 2002, vote counting has been outsourced, and not [to] the Kremlin. Companies like Dominion and ES&S are tasked to count our votes. It would be hard to find a more secretive and corruptible industry in America,” according to Simon. Dominion Voting systems is a privately held company based in Toronto and Elections System and Software has headquarters in Nebraska.

Electronic voting machines have come under further scrutiny lately, as several reports have recently emerged indicating their vulnerability to hacking. To underscore concerns about the vulnerability of the current system, several states also are looking at adding a paper ballot trail to audit votes, and at upgrading voter machines so that votes can be effectively audited.

According to Simon, these reforms run into potential hurdles.

“Even the New York Times is running articles about how easy it is to hack our voting machines. While the proposed reforms are necessary, they are also deceptive. Upgrading voting machines will just increase how long it takes for hackers to access,” he said. “Paper ballots, on the other hand, always come with stipulations, like a barcode attached to your paper ballot. Barcodes are susceptible to being manipulated when fed into the scanner.”

Simon noted that while the solution to securing our vote from domestic operatives or the Russians might be hard, it isn’t impossible.

“This isn’t exploratory drilling in the Arctic. We have 75% percent of our vote on paper. What’s needed are audits that aren’t costly and are actually transparent. Instead, we’re devising a slew of clever ways to keep it concealed while making it look more transparent.”