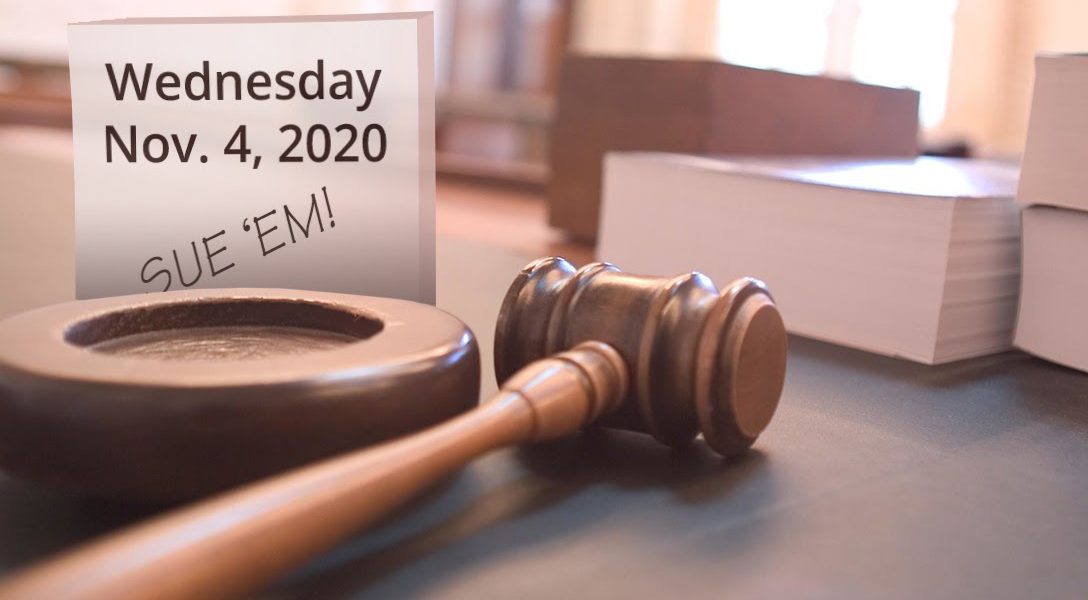 Before the polls had closed on Election Day, Tuesday, the Trump campaign and Republican lawmakers had already begun filing lawsuits in Michigan, Wisconsin, Nevada, and Pennsylvania in an effort to stop counting absentee ballots.

The Trump campaign said that it filed its suit in Michigan to “halt counting until meaningful access has been granted” to observe ballot counting locations.

The Trump campaign is also gearing up for a legal challenge in Wisconsin, expecting the margin between Trump and former Vice President Joe Biden to be close enough to justify a recount. Candidates can request a recount in Wisconsin if the vote difference is less than one percent. Bill Stepien, the Trump 2020 campaign manager, said in a statement that the president is “well within the threshold to request a recount and we will immediately do so.”

Several lawsuits filed in Pennsylvania were met with skepticism. In one of the suits, US District Court Judge Timothy Savage questioned the argument from GOP Congressional candidate Kathy Barnette that state law prohibits counties from allowing voters to correct mistakes on their absentee ballot. The practice is known as ballot curing.

“It counts as your vote, but your vote is not counted?” Savage asked, comparing the process to when a poll worker assists a voter when there is an issue with a voting machine.

Rep. Mike Kelly (R-PA) is also seeking to block provisional ballots from being counted if the voters who cast them did so because their absentee ballots were rejected. Several counties contacted voters who made clear errors when they mailed their ballot, allowing them to cure their ballot and cast a provisional ballot. The plaintiffs in the case argued that this defied Pennsylvania’s election laws, which prohibit officials from “[disclosing] the results of any portion of any pre-canvass meeting prior to the close of the polls.”

Another major lawsuit that could impact the outcome of the 2020 election was filed late Tuesday night in the Democratic stronghold of Clark County, NV. A win for Biden in this county is likely to result in a victory for the former vice president in the Silver State. The Trump campaign and the Nevada Republican Party are asking the state Supreme Court to block election officials from using a machine to verify ballot signatures and allow the campaign to send vote counting observers.

“The vote-by-mail system currently being used in Clark County creates a process ripe for error or abuse thereby diluting the votes of Nevadans outside Clark County,” the plaintiffs alleged.

Millions of voters opted to vote by mail this year, but it remains unclear how many ballots did not make their way to election offices in time to be accepted and counted. More than 300,000 ballots cannot be traced, and the US Postal Service ignored a federal court order yesterday to conduct facility sweeps and ensure any remaining ballots were sent out. Judge Emmet Sullivan of the US District Court for the District of Columbia chastised officials for disregarding his order during an emergency hearing Wednesday afternoon.

“Someone may have a price to pay for that,” Sullivan said.