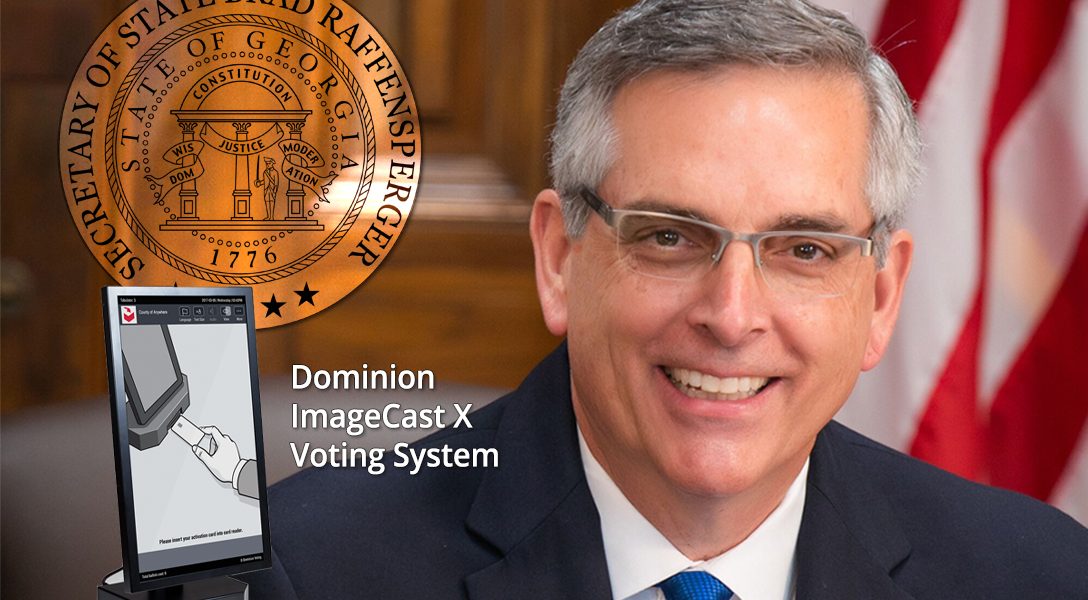 Amid growing concerns that Georgia’s new voting system does not address the security flaws discovered during the 2018 midterm elections, a group of activists is demanding a review of newly purchased electronic voting equipment.

A petition circulated by the Coalition for Good Governance (CGG) is part of a larger effort to end the state’s use of paperless electronic voting machines and move toward hand-marked paper ballots. This initiative gained momentum after a federal judge ruled that the current system must be scrapped by January 2020.

In 2017, CGG filed a petition for then–Secretary of State Brian Kemp (R) to examine Georgia’s direct-recording electronic (DRE) voting system before the midterm elections. He did, and said that he was “confident that the current system … continues to properly capture and reflect all voters’ choices.”

A little-known law required a mere 10 signatures from Georgia residents to force the secretary of state to re-examine their DRE voting system. Marilyn Marks, a leading election integrity activist and executive director of CGG, fought hard to reach just over a dozen because few knew about the law, and some were worried about publicly admitting their concerns about security flaws in voting machines so close to an election.

When then-Secretary Kemp received CGG’s first petition, he dismissed the group as a handful of liberal activists and “did the most superficial, immaterial work” to re-examine their voting systems, Marks explained. Kemp waited one year after receiving the petition to disclose his findings.

CGG filed a new petition with more than 1,600 signatures from 100 counties Monday under that same law with Republican Secretary of State Brad Raffensperger’s office. The first 1,000 came in less than 24 hours, and included Libertarians and liberals alike. The Libertarian Party of Georgia co-sponsored the petition, and congressional candidates including Brenda Lopez Romero — a Democratic member of the state’s House of Representatives, who is running in the 7th congressional district — signed it.

“In a democracy, the right to vote is sacred. That’s why belief in the integrity of the process and system is integral,” Lopez Romero wrote in a statement emailed to WhoWhatWhy. “After similar voting machines were certified in other states, it is imperative we confirm the integrity of the voting machines for voter confidence to be at optimal levels.”

1,450 GA Voters in 100 counties join us @CoalitionGoodGv in challenging the certification of the barcode ballot voting system. Demanding that @GaSecofState do his job and comply with GA rules on voting system approval. He shortcut them. See thread. https://t.co/aRp1sRxJfA

Marks said that the great increase in signatures since the previous petition showed the level of interest and concern Georgia voters have.

“That says a lot about how people have become much more aware of the need to stand up for their voting rights and for fair elections,” Marks said.

The equipment in question is the Dominion ImageCast X Voting System, which is a type of ballot-marking device (BMD) that allows voters to mark a ballot on paper or electronically, but produces a summary count of votes on a QR code rather than a human-readable paper list. BMDs do not produce auditable results, which cybersecurity experts said leads to multiple security flaws.

The key sentence of the online petition reads: “I am a Georgia voter and object to our elections being conducted using machines designed to require me to cast a barcode vote that I cannot read.”

Election integrity activists have called on states using decades-old voting systems to require hand-marked paper ballots, at a minimum, to prevent a repeat of the security vulnerabilities seen in the 2016 election. At least 13 states still lack statutory requirements for voting machines to have a paper trail, and some have misapplied laws that require a paper trail to allow the use of DREs that do not produce a verifiable paper trail, according to the National Conference of State Legislatures.

The group challenged Raffensperger’s August 9 certification of the Dominion voting system, alleging that he had failed to follow the minimum requirements under Georgia Election Code. Georgia law requires official ballots to be “human readable,” which means the barcode that contains the official vote on the ImageCast X does not meet the legal requirement.

One area of concern is that, during the certification process, Raffensperger unilaterally certified Dominion’s voting system without the required certification agent listed and based his conclusions on a test report that examined a limited portion of the machine’s functions.

E-poll books are part of Dominion’s integrated system that, in this case, determines the type of ballot a voter receives. “It’s going to give you some type of card that is coded. So when you stick it in the machine, is it going to give you your ballot or your neighbor’s ballot?” Marks said.

In the ongoing lawsuit brought on by CGG, Curling v. Raffensperger, it argued that DREs violated Georgians’ Fourteenth Amendment rights to a “trustworthy and verifiable election.” The US District Court for the Northern District of Georgia previously denied a preliminary injunction to block the use of DREs in the 2018 election, citing substantial barriers to implementing a new voting system in time.

But last week US Judge Amy Totenberg wrote in her ruling that “Georgia’s current voting equipment, software, election and voter databases, are antiquated, seriously flawed, and vulnerable to failure, breach, contamination and attack.” A spokeswoman for Raffensperger called Totenberg’s conclusions “silly and unfounded” in a statement to the Associated Press.

Raffensperger’s office did not respond to a WhoWhatWhy request for comment on the petition.

“We’re saying: Mr. Secretary, you didn’t follow the rules that are required to even certify the system to begin with,” Marks said. “You overlooked a ton of things you were supposed to do in the process of certifying the system.”