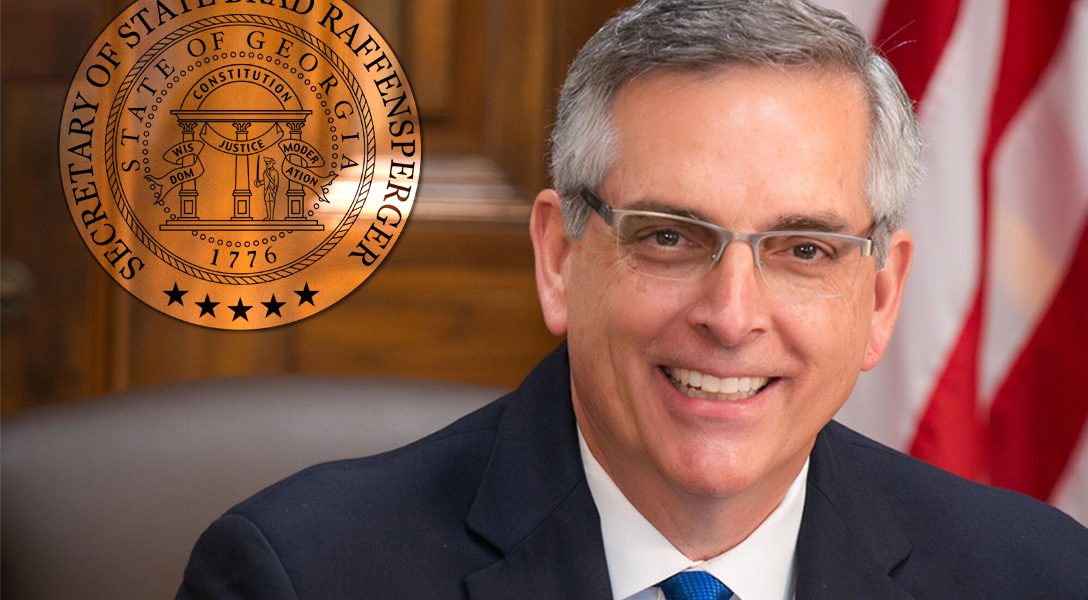 During a press conference Tuesday, Brad Raffensperger, Georgia’s secretary of state, claimed to have found “potentially 1,000 cases of double voting” during the June 9 primary and August runoff elections, without offering any evidence.

“A double voter knows exactly what they are doing — diluting the votes of each and every voter that follows the law,” Raffensperger told reporters. “Those that make the choice to game the system are breaking the law, and as secretary of state, I will not tolerate it.”

Raffensperger’s announcement came just days after election officials across the country pleaded with President Donald Trump to stop urging voters to vote twice. Trump told supporters in North Carolina that they should “test” the absentee voting systems in their states by trying to vote in person on Election Day after submitting a mail-in ballot. Raffensperger did not reference Trump’s comments during his press conference.

Voting twice is a felony. In Georgia, it is punishable by between one to 10 years in prison and a fine of up to $100,000. However, Raffensperger’s critics claim that intent must be established before a person can be charged with double voting. Aunna Dennis, executive director of Common Cause Georgia, said in a statement that Raffensperger was “irresponsible” in announcing there was voter fraud during the primary election without offering evidence.

“Now, apparently, Secretary Raffensperger is focused on finding people like the man who reportedly told the local Fox News affiliate that he had voted twice to ‘test the system,’” Dennis said.

Former Georgia Secretary of State Cathy Cox, a Democrat, suggested on Wednesday that some of these voters may have actually voted in-person because they were unsure whether their absentee ballot had been received.

Cox accused Raffensperger of attempting to discourage voters — especially first-time absentee voters who are unfamiliar with the process  — from casting mail-in ballots out of fear of prosecution for making a mistake.

Cox cited her own sister as an example of how a voter could cast two ballots without intending to “vote twice.” She said that her sister voted absentee for the first time in June and expected a receipt confirming that her ballot had been received. Her sister repeatedly called her county election officials because she did not know how else to verify that her ballot was received. This uncertainty could easily put voters in a position in which they would show up at their polling place to vote in person because they do not think their mail ballot will be counted, she said.

Raffensperger pushed back on Tuesday against claims that the alleged cases of double voting were the result of election administration failures, arguing that “it’s not the system, it’s really the voters.” His office created an absentee ballot fraud task force in April to “ensure no one undermines the integrity of the vote in Georgia during this time of crisis.”

Cox viewed the task force as a tool of voter intimidation.

“[Raffensperger] created a very prosecutorial-heavy absentee ballot task force that certainly sent out an intimidating message saying that, ‘Hey, I want you to vote absentee, but you might not have ever done it before, so don’t make a mistake because I’ve got this task force here loaded up with district attorneys and law enforcement-related people who are ready to prosecute you if you step out of line,’’ Cox said. “And here we are.”

Raffensperger did not make reference to his task force during his Tuesday announcement, but Cox argued that the task force is likely “chomping at the bit” to prosecute voters who may not fully understand the vote-by-mail process in Georgia.

“He has certainly tried to find ways to suggest to voters that any mistake will be treated as a crime as opposed to giving voters a greater level of education on the whole process to make it easy and understandable to get through this,” Cox said.

Raffensperger received flak from fellow Republicans after his office mailed absentee ballot applications to all active voters before the June 9 primary election. In an apparent effort to ease the criticism, his office decided against doing this again for the November election. Instead, voters can request an absentee ballot online. More than 900,000 Georgia voters have already requested a ballot, according to Raffensperger, and he warned that those who vote twice will be “investigated thoroughly.”