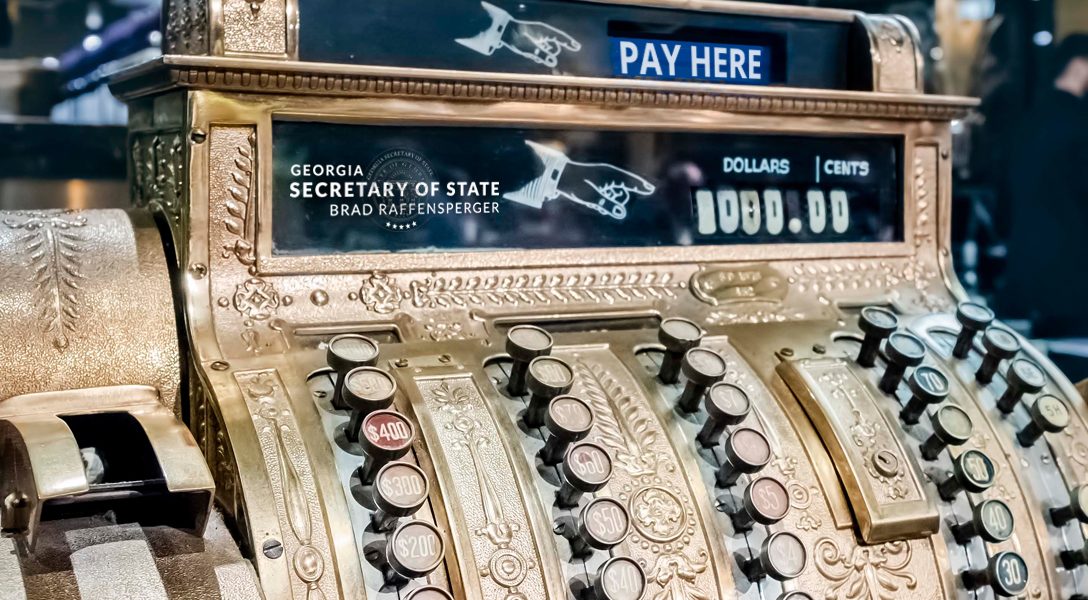 Experts have warned that Georgia’s newly purchased hybrid voting system can be hacked — and can add fake votes to the machine-marked “paper ballots” — after they have been cast.

Because of these problems, and because the system was never properly tested, activists have demanded that Republican Secretary of State Brad Raffensperger retest the machines. This was how his office responded:

“We will comply with the legal requirements to conduct a reexamination, but the activists requesting the reexamination will have to pay for it,” Jordan Fuchs, deputy secretary of state, told WhoWhatWhy in an emailed statement.

Fuchs said that requesting a re-examination of the new voting system “almost immediately” after it was certified is “a waste of everyone’s time and resources.”

“At some point, these activists need to accept that the Georgia General Assembly did not agree with their policy preferences,” he said.

The Dominion ImageCast X Voting System, which Raffensperger certified on August 9, is a ballot-marking device (BMD) that election integrity experts have raised concerns about for years. Georgia law requires official ballots to be “human readable,” but BMDs hold the official tally on unreadable barcodes.

Marilyn Marks, executive director of the Coalition for Good Governance and a co-sponsor of the petition, called Raffensperger’s intention to charge petitioners for the re-examination “an absurd and irrational response from a public official who failed to do the most basic parts of his job to determine if this is a secure and legally compliant system.”

“As noted in our petition, Secretary Raffensperger has skipped numerous required steps in the legally mandated voting system certification process that is necessary before a new system can be purchased,” Marks said.

Fuchs also said in his statement that the re-examination will not interfere with the implementation of the new ballot system by the March 24 presidential primary election. In a court hearing last month, however, the chief information officer for the secretary of state’s office called the implementation schedule for new machines “tight.”

“We are dismayed and confused to hear that the Secretary has prejudged the results of the required reexamination we have requested, claiming that the reexamination will not impact in any way what he has already said is a ‘tight’ implementation schedule for March 2020,” Marks said.

Just 10 signatures are needed to trigger a re-examination, but more than 1,400 voters, activists, and elected officials submitted a petition Monday with the secretary of state’s office to force a re-examination of the state’s new voting system. The petitioners alleged that Raffensperger failed to follow the minimum requirements when certifying election equipment under the Georgia Election Code.

“It appears that he simply signed the certification after some limited functional testing was done, skipping the far more challenging parts of system testing and compliance reviews required by Georgia’s Election Code — likely because he knows that the system will fail the test,” Marks said.

“Now he’s going to demand that the citizen petition-signers personally pay his office for the ‘do-over’ for required work that he failed to do?”