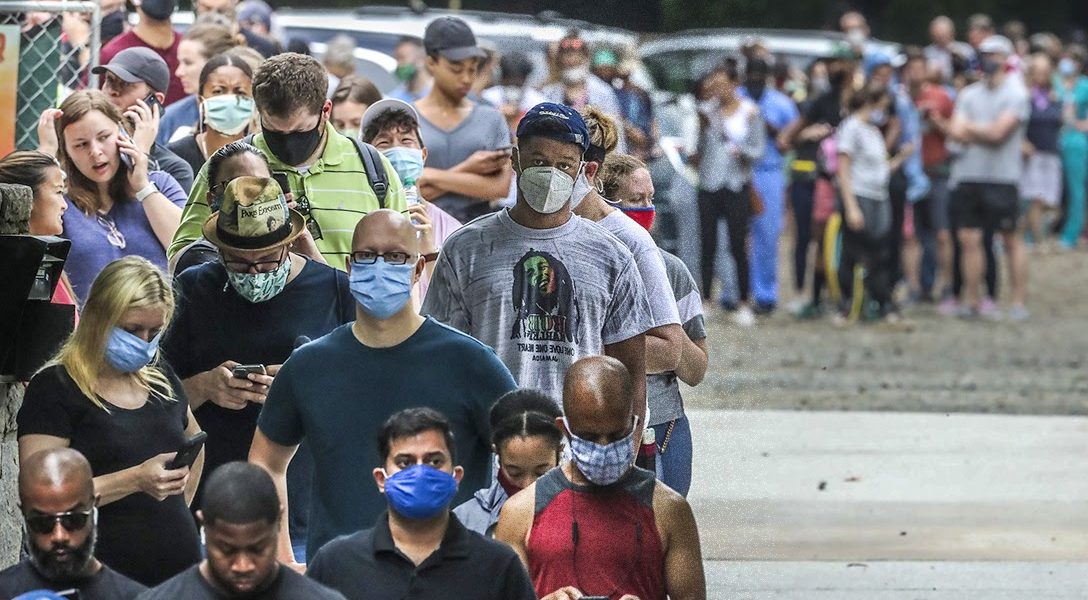 Jeanne Dufort, a poll watcher for Georgia’s primary election, did not expect things to go as badly as they did. The trouble began when a number of votes on absentee ballots in Morgan County were misread or counted as a non-vote.

Georgia state law requires voter intent to be considered when ballots are examined by vote review panels. A vote that is clearly marked with an ‘X’ or check mark must be counted, even though Georgia’s new machines require that voters use their pen to completely fill in the oval bubble indicating their choice. That is not what happened.

The day after the June 9 primary elections, Dufort notified election integrity advocates that absentee ballot scanners had misread a number of ballots that were marked with an ‘X’ or check mark. In some cases, Dufort explained, ballots were discarded outright without any attempt to flag them for further adjudication.

“I’m 100 percent confident it didn’t work the way it was supposed to work,” Dufort told WhoWhatWhy.

After spotting the error, Dufort, a member of Morgan County’s vote review panel, began contacting her counterparts in other counties. By the end of the week, at least half a dozen counties reported similar problems.

Nearly one million voters cast absentee ballots during Georgia’s recent primary election. Hundreds of marks on the absentee ballots were flagged for adjudication or misread. The problem, election security advocates maintain, was Georgia’s decision to rely on uncertified ballot scanners. The errors raise concern that an even greater number of ballots may be misread or discarded this November. The problem is likely to be exacerbated by the fact that many voters may choose to mail in their ballots rather than take a chance on voting in-person amid the coronavirus pandemic. Jeanne Dufort speaking during a panel discussion about ‘Suppressed: The Fight to Vote,’ a documentary by Robert Greenwald about voter suppression in the 2018 election in Georgia — screened at Cine in Athens, GA, on January 28, 2020. Photo credit: Athens Politics Nerd /YouTube Creative Commons Attribution license (reuse allowed)

The equipment responsible for the malfunctions in Georgia was the Canon DR-G2140, a digital scanner offered by Dominion Voting Systems. In mid-March, Dominion requested system testing from the US Election Assistance Commission (EAC). The Canon DR-G2140 was not listed among the ballot scanners included in the $107 million contract that Republican Secretary of State Brad Raffensperger’s office awarded Dominion last year. The federal and state certifications for the scanners list two different models: the Canon DR-G1130 and DR-M160II.

Ari Schaffer, Raffensperger’s press secretary, nevertheless told WhoWhatWhy that the ballot scanners used during the primary elections had been included in the certification process. Multiple poll watchers and election experts have assured WhoWhatWhy that the DR-G2140 scanners which were used had not been certified.

In DeKalb County, ballot review panelist Elizabeth Burns told WhoWhatWhy that she had seen the same machine in use and written down the name of the model. At least 500 absentee ballots in her county were flagged for later adjudication.

The apparent flaw in the ballot scanners is hardly surprising. Georgia officials were warned last year that both their new voting system and the certification process were severely flawed. The Coalition for Good Governance, an election security advocacy group, unsuccessfully petitioned Raffensperger’s office in 2017 for a re-examination of the entire voting system.

Not true. Another misleading claim. We are following election and industry standards on settings for scanners.

Marilyn Marks, executive director of Georgia’s Coalition for Good Governance, told WhoWhatWhy that the errors during the June 9 primary voting were due not only to election equipment failures, but also to inadequate instructions given to voters: they had been instructed to “blacken the oval” on their ballot but were not warned that a simple check mark or an X might not be counted.

“There were some voters who marked their ballots with X’s and check marks,” Marks said, “but the system still should’ve picked that up.”

Despite the miscounting, Gabriel Sterling, chief operating officer for the secretary of state’s office, claimed in a Twitter exchange with Marks that the programming for the scanners had been based on “election and industry standards.” Dr. Richard DeMillo, one of Georgia’s leading election experts, said it was less than clear what Sterling meant.

“I don’t know what industry standards he’s talking about,” DeMillo told WhoWhatWhy. He added that it is still unclear whether the problem resulted from the scanners or the software used to program them.

Raffensperger’s office has still not said whether it intends to launch an official investigation into why scanners failed to work properly. Despite the miscount, Georgia election officials certified the primary election results on Friday, which was also the deadline for complaints that might have required re-examining all of the absentee ballots.

“Not counting some votes is a thing that really matters in close races,” Dufort said. “I would think he would want to examine this super carefully and figure it out.”