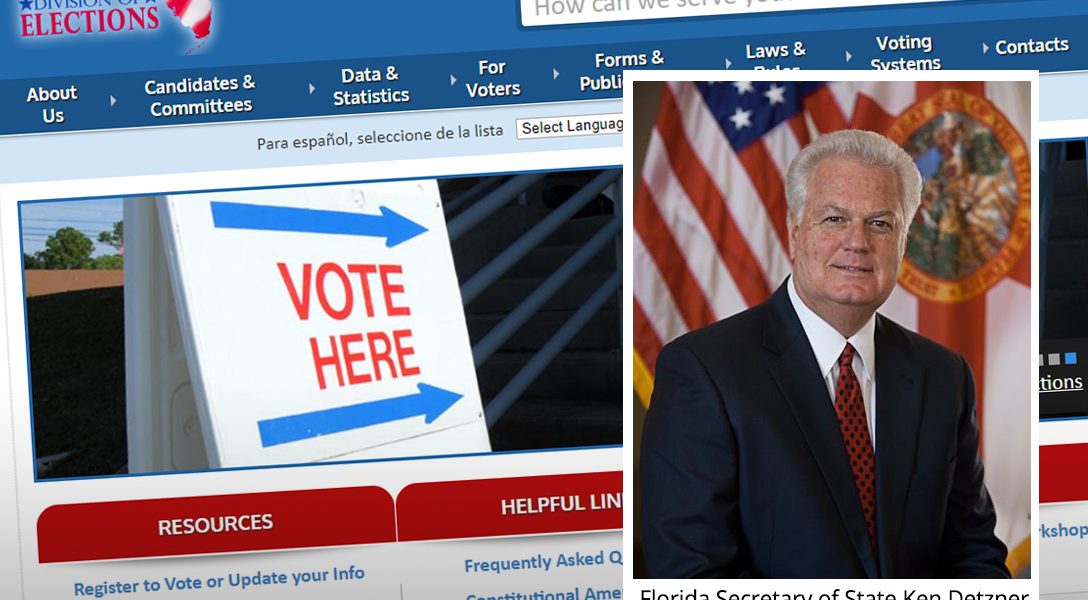 Florida’s Secretary of State Ken Detzner (R) has manufactured every possible excuse to keep Spanish-speaking Floridians from voting in the upcoming midterm election. But that is all about to change, thanks to a preliminary injunction that a district judge ordered against Secretary Detzner and his office.

The preliminary injunction, issued by Judge Mark Walker of Florida’s Northern Circuit, concerns a case in which the plaintiffs argue that the failure to provide ballots and information about elections in Spanish constitutes a violation of federal law.

A recent WhoWhatWhy investigation found that Florida is among many states that don’t provide comprehensive election materials in languages other than English. The new injunction demands that election officials provide Puerto Rican voters with Spanish-language ballots and election materials.

Judge Walker handed Detzner — who has developed something of a reputation for his persistence in crafting strategies to keep people from voting — a detailed decision leaving little room for interpretation. Detzner tried to argue his way out of compliance and into a dismissal of the case — a move that Judge Walker was quick to call out.

“Defendant is the state’s chief election officer and his own regulations call for bilingual ballots when required by a law,” Walker wrote. “Voting in a language you do not understand is like asking this court to decide the winner of the Nobel Prize for Chemistry — ineffective, in other words.”

At issue in the current case is whether the state is required to play a proactive role in the creation and distribution of election materials in multiple languages — particularly given the arrival of thousands of American citizens from Puerto Rico in the wake of Hurricane Maria. In court, Detzner delivered a bouquet of reasons why the state should not translate ballots and election materials into the language that much of its citizenry speaks — all of which Judge Walker dismissed.

Delivering verbal punch after punch, Judge Walker dismantled each argument of Detzner’s defense as a blatant attempt to violate federal law. Section 4(e) of the Voting Rights Act lays out plain and clear a federal provision that prevents limiting access to the ballot to a non-English-speaking American citizen.

“The Secretary of State predictably attempts to evade federal jurisdiction … These arguments are not persuasive,” said Walker.

Thousands of citizens from Puerto Rico have arrived in Florida since Hurricane Maria battered the island. Many have attempted to cast ballots in recent elections only to discover that materials and ballots were not available in Spanish. The plaintiff in the case, Marta Valentina Rivera Madera, fled the hurricane and moved to Gainesville, Florida.

An American citizen fully entitled to the franchise — true of all Puerto Ricans — Rivera Madera expects to vote in the upcoming election. She doesn’t speak English, and hasn’t been able to access the information she needs in Spanish.

Local voter-engagement nonprofit organizations like Mi Familia Vota Education Fund, Hispanic Federation, Faith in Florida, UnidosUS, and Vamos4PR (all of which are plaintiffs in the case) have attempted to acquire translated election materials. They found at least 13 counties that failed to comply with federal law.

The preliminary injunction requires that Detzner provide written instructions to local election officials explaining that they must comply with Section 4(e) by providing translated ballots. Moreover, election supervisors will have to provide examples of translated ballots and instructions in Spanish both online and at polling sites.

And Detzner’s office has to get it done by next Wednesday — September 12th.