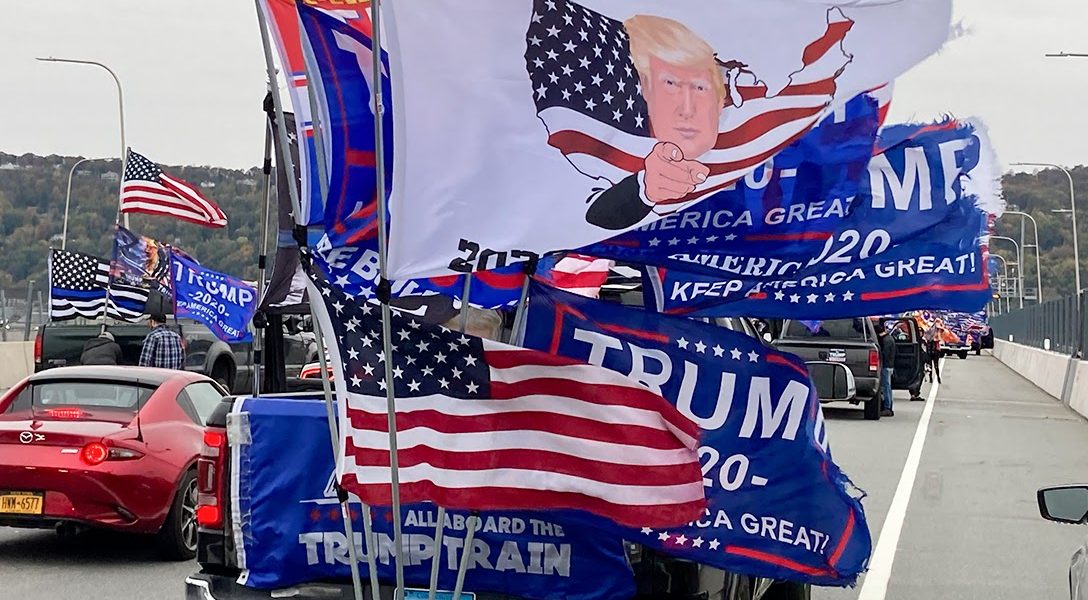 Donald Trump’s forces planned to have their supporters block bridges and tunnels into major cities if he lost in 2016. This revelation comes from Trump adviser Roger Stone, and it sounds a lot like what Trump supporters are doing now.

The story was first revealed to me by a retired journalist, who said Stone told him in 2016 that the Trump team was, in Stone’s words, “Planning a nationwide protest blocking bridges and highways into the cities.”

Contacted today, Stone told me he wished to clarify his statement from four years ago: “I only favor non-violent civil disobedience if there is overwhelming evidence that the election had been stolen through ballot fraud.”

Claims of ballot fraud are exactly what Trump has been making this year, and Stone was quick to add: “When it comes to corruption, Joe Biden makes Lyndon Johnson look like Mother Teresa.”

The idea in 2016 was that the resulting commotion — similar to the “yuppie riot” (also known as the Brooks Brothers riot) that Stone staged in Florida in 2000 — would cause havoc and freeze the orderly conclusion of vote counting. This is a striking revelation given that, in 2016, Trump did not expect to win.

Today, in 2020, Trump’s supporters have already mounted a series of aggressive activities in advance of the election, which is expected to be close.

On Sunday, a caravan of Trump supporters brought traffic to a standstill on the Garden State Parkway in New Jersey and on the Governor Mario M. Cuomo (formerly Tappan Zee) Bridge in suburban New York. That was the day after the well-publicized incident in Texas where Trump supporters in trucks surrounded a Biden campaign bus. Meanwhile, hundreds of Trump supporters have been rallying in Beverly Hills for weeks. A week ago there were as many as 3,000 supporters at a protest there. And in New York City, there have been protests with Trump supporters disrupting traffic in Times Square.

Stone, a staunch Trump loyalist and longtime adviser, is well known for his conviction for making false statements and obstructing the federal investigation into Trump’s 2016 campaign and its ties to Russia. Trump commuted Stone’s sentence in July just before he was to begin serving a prison term.