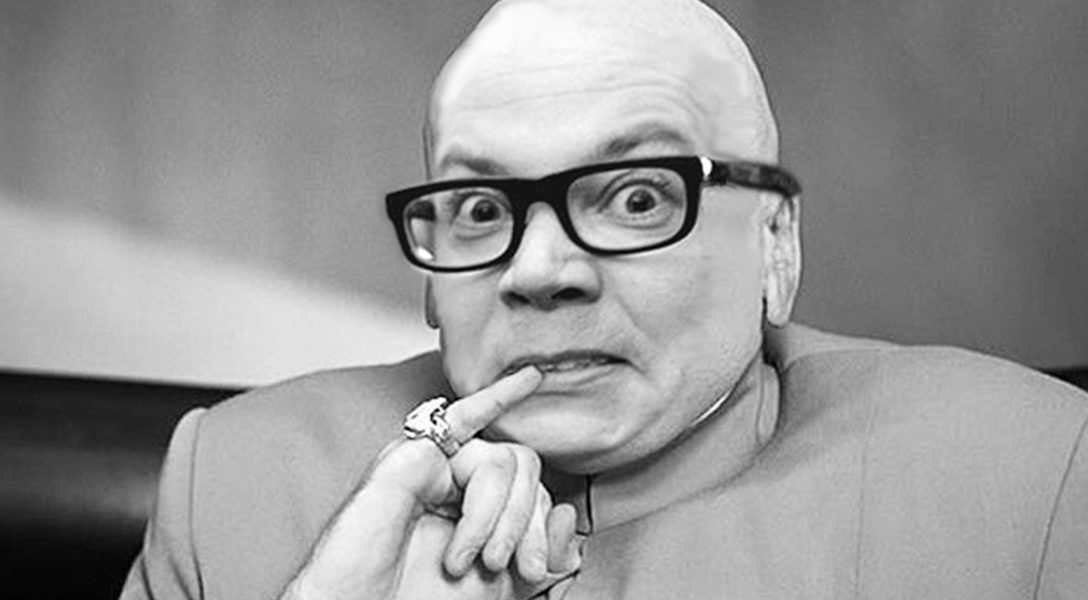 “Dr. Evil” to Take on Trump

Not all conservatives hate to see the Republican infighting. After all, if you work as a hired gun for people who don’t mind getting their hands dirty, then business is particularly good this year.

Take Rick Berman, for example. His specialty is attacking unions over collective bargaining or environmental groups over fracking or Democrats in general. He often does so by setting up organizations with official-sounding names like the Center for Consumer Freedom or the Center for Union Facts. And, because they are “non-profit” groups, they don’t have to disclose who is funding them.

And then Berman goes to work and tries to obfuscate an issue as much as possible. For example by comparing people who think the moon is made of cheese with people who think fracking is a problem. What does one have to do with the other? Absolutely nothing but that’s not the point. His modus operandi is to attack, not to make sense.

Now, however, somebody has hired him to take on a different target – GOP frontrunner Donald Trump. With establishment Republicans increasingly (and rightfully) concerned that Trump will win the nomination, it is no wonder that somebody like Berman, who has been dubbed “Dr. Evil” by a union activist (and the nickname stuck), is getting big bucks to get into the ring.

True to his playbook, Berman founded the Enterprise Freedom Action Committee, which in turn paid his own firm $315,000 to attack the GOP frontrunner via Google and Facebook ads. As always, it is totally unclear who is paying for the assault on Trump, but chances are it’s not a Democrat.

The hiring of Berman truly is a sign of how desperate things have gotten for establishment Republicans. But as the Center for Responsive Politics, who broke the story, said, “Dr. Evil” might have met his match in Trump — a master in making things up as he goes along, who only seems to get stronger when being attacked.

It is therefore, possible, that the GOP frontrunner could just turn “Dr. Evil” into “Mini Me.”