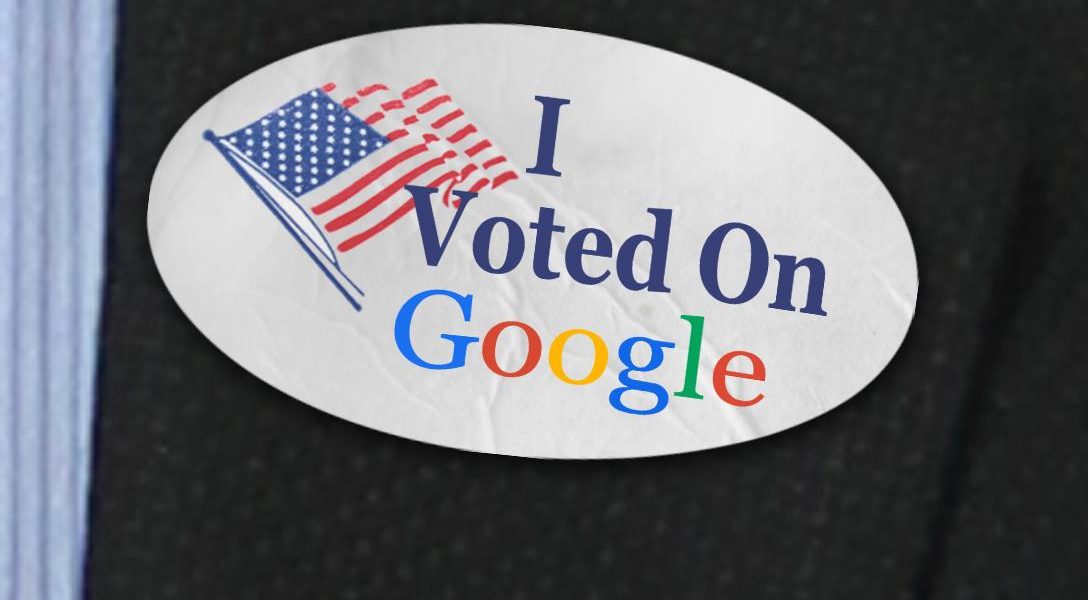 Can you Google the future?

Google could have a massive impact on elections if it tweaked its search algorithm just enough to favor certain candidates, researchers found.

A peer-reviewed study conducted by the American Institute for Behavioral Research and Technology found that the order of Google search results about candidates — ranked according to positive and negative stories — had a significant effect on which candidates voters chose to cast their ballots for. Additionally, WhoWhatWhy found this could have a great impact on local and congressional races.

Algorithms — a slew of complex mathematical formulas that generate your search results — could be manipulated by tech executives and programmers to try to sway elections. A story by Wired magazine details the study that explains how exactly this could happen.

One of the study’s authors, psychologist Robert Epstein, went so far as to say: “Google could determine the outcome of upwards of 25 percent of all national elections.”

The study consisted of multiple experiments conducted over several years in controlled laboratory settings and in a real election in India. The authors found that voters were more likely to choose a candidate if the search engine linked to more positive articles about that person.

Tim Groeling, chair of the Department of Communication Studies at UCLA, told WhoWhatWhy that the abundance of information disseminated through other channels of information in a general election (advertisements, news coverage, comments by friends and so on) may minimize the search engine effect in closely-followed major races.

However, the relative obscurity of some candidates in smaller contests may drive more voters to search engines for their source of information, according to Groeling. He explained: “in down-ticket races where there are fewer ads, less public interest, and far less media coverage, this sort of manipulation might have an effect.”

The Powers of Local Politicians

Even if Google just affected local politics, it would still have a significant indirect impact on the presidential election. Many election laws are decentralized and vary from state to state, meaning it’s local politicians who would implement voter ID requirements, regulate the use of absentee ballots or early voting, manipulate districts through gerrymandering, and so on.

Favoring selected local lawmakers via search could therefore have a big effect on access to the ballot — and thus, greatly impact  the race for the White House.

How the Wizards Behind the Screen Could Keep Their Powers

In a more self-serving manner, Google could also stack the deck in its favor. If, for example, Congress or a state government is debating laws that would impact the search giant, Google could tweak its algorithm to try to get its adversaries kicked out of office and its friends elected.

No one can definitively quantify the impact of Google on an election, but if the study is correct and the company could sway races by even a few percentage points, it could still have an outsized influence on presidential balloting in certain key states.

The 2012 presidential election, which was a fairly comfortable win for Barack Obama, still saw six states decided by margins of five percentage points or less. If Mitt Romney had won the three biggest of them (Florida, Ohio and Pennsylvania), he would be president now.

Epstein also noted that it would not be out of the ordinary for Google to try and influence public opinion. In the past, it has mobilized its users against the SOPA and PIPA acts — proposed legislation ostensibly designed to fight piracy, but perceived by many in Silicon Valley as threatening an open Internet.

And Google  is already trying to influence the government via traditional means. It is one of the most influential corporations in Washington. According to the Center for Responsive Politics, Google spent $3,844,345 on contributions to federal candidates, leadership PACs, parties, 527 committees and other outside spending groups in the 2014 election cycle. Google also ranked sixth in the amount it spent on lobbying Congress and federal agencies in the first quarter of 2015.

Even without intent to manipulate search results, Epstein says, Google’s algorithms are so complex that they could operatively end up favoring one candidate or another.

And there’s no easy fix. After all, how could a regulatory agency mandate Google to write an algorithm in such a  way to avoid  the scenario Epstein has labeled “googlemandering.”

Our Internet society is clearly giving Google — and other tech giants like Facebook and Twitter — immense power, similar to the influence that the three major television networks once enjoyed.

It is not inconceivable that one corporation could, intentionally or inadvertently, decide the outcome of a future election. Indeed, we have no way of knowing if it already has.

If we had elections?

Many people have been purged from rolls because of “crimes” . . . and so many more are just trying to put food on the table and a roof over their heads that they have no time to listen to pacs or google much less anylize all the complexities of the society they live in.

Don’t think for one moment Google would hesitate to do this. Google=NSA.