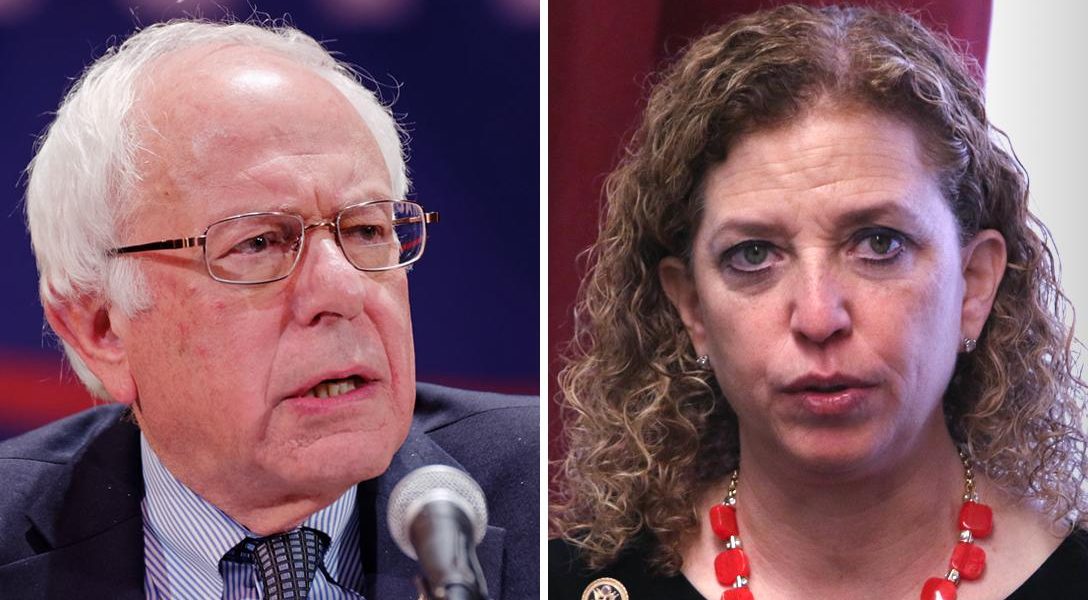 Anybody who followed the Democratic primary didn’t need additional evidence to know that the Democratic National Committee (DNC) wanted Hillary Clinton — and only her — to become the party’s nominee.

However, a treasure trove of emails that was leaked on the eve of the Democratic convention provided further proof that this is exactly what was happening. It showed, for example, that DNC staffers discussed ways to smear Clinton’s main rival, Bernie Sanders.

The Vermont senator, of course, had been complaining about DNC bias — in particular that of chairwoman Debbie Wasserman Schultz — for most of the campaign.

Sunday afternoon, Sanders supporters got the news they had been waiting for: Wasserman Schultz, jumping on the grenade that was this latest scandal, announced that she would be stepping down — just hours after the senator once again called on her to do so.

It would appear that the leaked emails and the resignation should give Sanders great satisfaction. However, the latest developments might actually make it more difficult for him to corral parts of his base into a sustainable progressive movement.

One reason is that Sanders is a team player. As a result, his statement on the resignation was more conciliatory than one might expect from somebody whose attacks on the DNC were validated.

“Debbie Wasserman Schultz has made the right decision for the future of the Democratic Party,” Sanders said. “While she deserves thanks for her years of service, the party now needs new leadership that will open the doors of the party and welcome in working people and young people. The party leadership must also always remain impartial in the presidential nominating process, something which did not occur in the 2016 race.”

Another reason Sanders’s base may be incensed is that, within hours of the resignation, Clinton turned right around Sunday and announced that Wasserman Schultz will be brought on to serve as her campaign’s honorary chair.

“I want to thank my longtime friend Debbie Wasserman Schultz for her leadership of the Democratic National Committee over the past five years. … There’s simply no one better at taking the fight to the Republicans than Debbie — which is why I am glad that she has agreed to serve as honorary chair of my campaign’s 50-state program to gain ground and elect Democrats in every part of the country, and will continue to serve as a surrogate for my campaign nationally, in Florida, and in other key states. I look forward to campaigning with Debbie in Florida and helping her in her re-election bid — because as President, I will need fighters like Debbie in Congress who are ready on day one to get to work for the American people.”

Tonight, in spite of the developments, Sanders will almost certainly use his prime time speaking slot at the convention to strongly back Clinton.

In what was likely a preview of a major theme of his speech, the Democratic runner-up told CNN that he would now focus on “[making] sure that Donald Trump, perhaps the worst Republican candidate in the modern history of this country… must not become president of the United States.”

However, in a year in which anger at the establishment was the red line that ran through both primaries, being a team player is not a quality that many voters are looking for. And that is why Sanders’s willingness to support Clinton and her agenda could cost him some supporters as he tries to parlay his primary success into a movement.

As WhoWhatWhy reported from Cleveland last week, some progressives who want to stop Trump will not vote for Clinton. To them, Sanders’s support of the former Secretary of State seems like selling out — especially in light of the new revelations.

As he builds his movement, Sanders will have his work cut out for him convincing these supporters that he remains a progressive force who has not just become part of the system he railed against on the campaign trail.

Republican nominee Donald Trump, who has tried to make a play for Sanders’s supporters by saying that the Democratic primary was rigged, quickly took to Twitter to provide his thoughts.

“There is no longer a Bernie Sanders ‘political revolution.’ He is turning out to be a weak and somewhat pathetic figure, wants it all to end!” Trump tweeted, possibly in a bid to break off a piece of Sanders’s support. “Sorry folks, but Bernie Sanders is exhausted, just can’t go on any longer. He is trying to dismiss the new e-mails and DNC disrespect. SAD!”

Sanders has to hope that his supporters do not see things the same way.