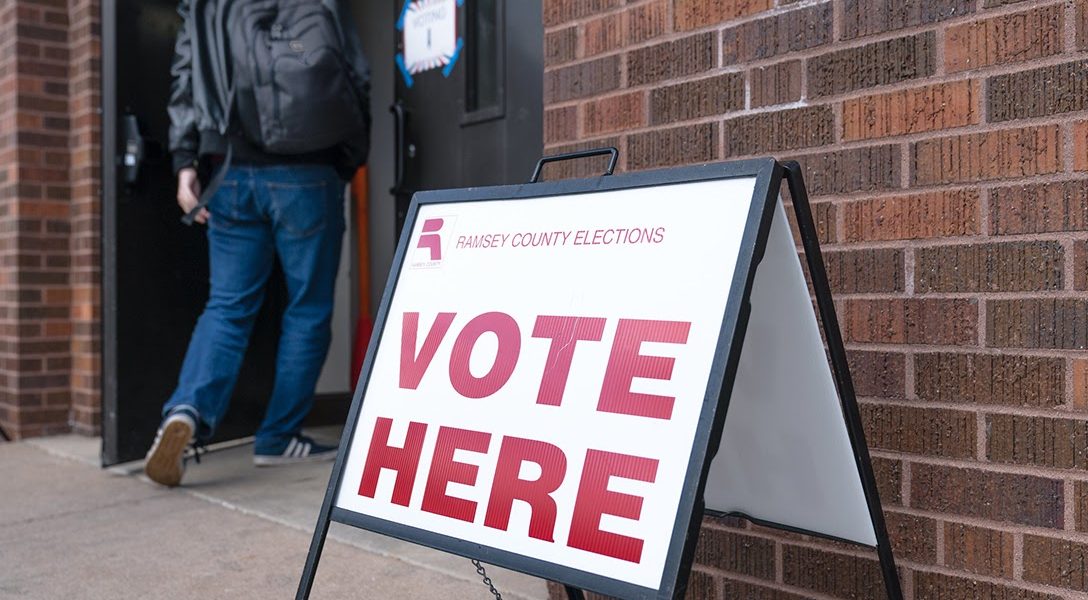 The coronavirus pandemic is already having a profound impact on nearly all aspects of life in the United States, and even a best-case scenario will likely result in the deaths of tens of thousands of Americans. There is, however, one area in which it could lead to much-needed improvements: voting rights.

For decades, some states have made it more difficult for certain Americans — namely people of color — to vote. Some of these efforts, like closing polling locations, limiting the number of voting machines available at certain sites, or reducing early-voting options, resulted in voters having to wait in line for hours to cast a ballot.

In the age of social distancing, those wait times are not just unacceptable but also dangerous. That is why experts are calling on governments across all levels to put in place measures that will protect voters from getting sick on Election Day. Implementing them would protect Americans not only from the coronavirus but also from these voter suppression efforts.

In recent days, calls for nationwide voting-by-mail have dramatically spiked. Following this week’s primaries, it’s easy to see why.

In Florida, election officials moved polling places away from senior-living facilities to protect at-risk voters, but long lines still appeared throughout the state. One of the reasons was that Republican Gov. Ron DeSantis had ignored calls by voting-rights groups to extend voting-by-mail options and lift the ban on non-family-members dropping off others’ completed ballots.

If the primaries held in Illinois, Florida, and Arizona on Tuesday were a test for the general election, then they showed that the regular way of doing things just won’t work this fall without exposing millions of Americans to possible infection.

Voting-by-mail would ensure that voting could take place from the privacy — and safety — of people’s own homes, which is why voting-rights groups are urging officials to make it available throughout the country. They also want the federal government to take a leading role in implementing this change.

“It’s the high-level ability to make change and decisions, and it has to be bipartisan,” Alex Gulotta, Arizona’s state director for All Voting is Local, said during a call with reporters.

In Arizona, more voters chose to vote by mail on Tuesday than in the 2016 election because officials aggressively encouraged it, Gulotta said, adding that voters also had the option of using curbside voting at certain voting centers to avoid crowds.

“This is a time for our country to be united to protect each other as we face COVID-19, and that includes rethinking the way we manage our elections in many states,” Karen Hobert Flynn, president of the government watchdog group Common Cause, said in a statement. The group has also called on states to temporarily postpone in-person voting.

The coronavirus pandemic is “reshaping many of our day-to-day lives in ways we weren’t expecting,” Hobert Flynn said, “but now is the time to act to ensure our primaries and general election are held this year and conducted in a safe, fair, and orderly manner.”

While voting laws and election equipment vary by state, vote-by-mail programs should be expanded and the deadline for returning completed ballots should be extended to handle the influx of mailed ballots, she added.

Most states have enacted provisions allowing mail-in voting, and at least 21 states allow certain elections to be conducted entirely by mail, according to the National Conference of State Legislatures. However, not all states offer voters a low- or no-cost option to vote this way. That is why a recent report by voting experts at New York University’s Brennan Center for Justice suggests that officials provide ballots, prepaid postage, and self-sealing envelopes at no cost — something that Senate Democrats have already included in recent legislation to protect elections during the coronavirus.

Jay Young, executive director of Common Cause Illinois, said during a call with reporters that he was encouraged by the number of voters who have opted to cast a ballot by mail.

The Brennan Center report underscores the need for “large-scale preparation, backed by the concerted support of the government and the public … immediately to ensure that the 2020 election is free, fair, accessible, and secure.”

The proposal, “How to Protect the 2020 Vote from the Coronavirus,” recommended that if voters are going to vote in person, election officials should consider expanding early in-person voting to “reduce long lines and administrative stress on Election Day.”

While the ideal situation would be a two-week early voting period, Wendy Weiser and Max Feldman, co-authors of the policy proposal and attorneys for the Brennan Center’s voting rights program, suggested that officials offer a minimum of five days so voting centers are not crowded.

Officials in states that do not offer voting-by-mail aside from absentee voting should begin preparing now for changes to polling places to account for the coronavirus. And, if polling places at sites like senior-living facilities are relocated, a system should be put in place to help older voters still cast ballots.

“There has been a lot of discussion around recently homebound elderly voters who did not make arrangements to get an application to vote by mail and are wondering if there is any way for their voice to be counted,” Young said.

Some voters will end up casting a ballot in person, so election officials and poll workers should consider regularly disinfecting election equipment throughout the day, the Brennan Center’s report suggests. The Election Assistance Commission released guidelines on how poll workers can clean various voting machines when people vote in person. Having an adequate number of voting machines will also prevent long lines, an important consideration now that the federal government has recommended canceling or postponing gatherings of more than 10 people.

Poll worker shortages have increasingly vexed local officials in recent elections. In Illinois, election judges did not show up at their designated polling places this week due to fears about the coronavirus, Young said.

Because older voters tend to volunteer as poll workers more often than younger voters — and because they are most vulnerable to the virus — election officials will also need to expand their official poll worker recruitment programs to bring in students, government employees, and laid-off workers, Weiser told WhoWhatWhy. Even students home from school could participate: in some states, individuals as young as 16 can become poll workers.

One incentive officials can consider is better compensating poll workers.

“This is needed, no matter what, to account for all the changes,” Weiser said, emphasizing the need for sufficient funding to recruit poll workers and implement voting changes.

Advocates for fair elections agree that a multi-faceted approach is required.

“For future primaries and the general election, we urge election officials to put alternative measures in place and adopt our critical policy recommendations, including mail-in ballots for all voters, online voter registration (OVR), expanded early voting, and polling site modifications,” People For the American Way Executive Vice President for Policy and Program Marge Baker said in a statement. “Every American deserves equitable access to secure, ​efficient and fair voting options that do not compromise our health and safety.”