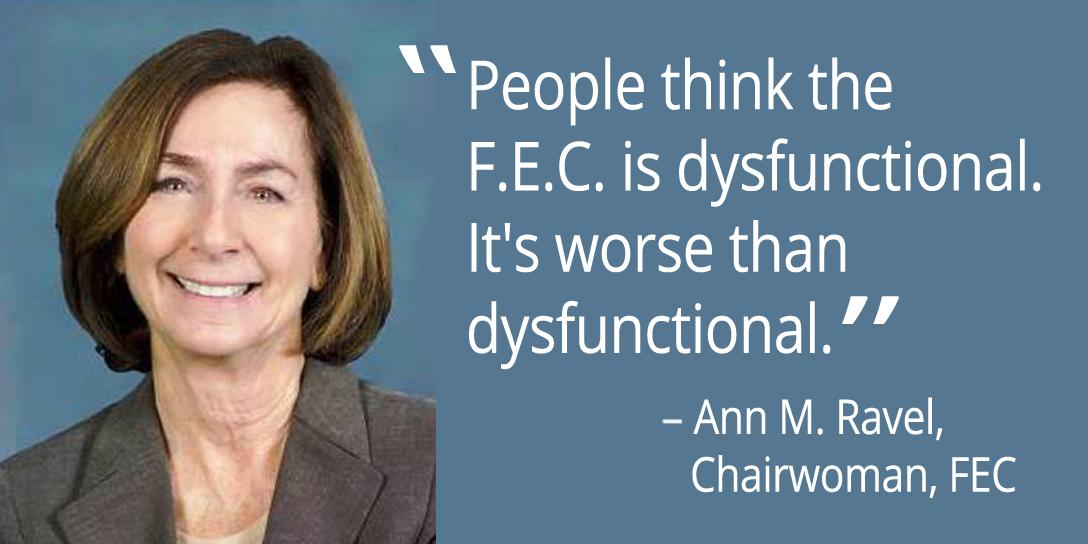 Jeb Bush is not running for President.

Despite doing the things a candidate for president normally does, including delivering a keynote address to the Republican National Committee, raising enormous amounts of money, and even telling reporters he was running for President before making a correction, John Ellis Bush is not declared as a candidate for any federal office.

When Face the Nation’s Bob Schieffer asked what his plans were, Bush merely stated, “I hope I run.” As if he didn’t have sole control over the matter, he refused to give a clear answer for why he has not yet declared.

While Bush is planning to make it official by declaring his candidacy on June 15, this does not change the fact that he has spent months already not complying with requirements that those candidates had to adhere to who did things by the book.

“I don’t know how in the world that’s legal.”

Bush has come under fire not just from The New York Times, but even from Republican commentators. The conservative-leaning news outlet Breitbart quoted campaign lawyer Cleta Mitchell, former President of the Republican Lawyers Association, saying “I have to tell you, I’ve looked at this thing that Jeb Bush has created, I don’t know how in the world that’s legal.”

It seems like everybody agrees this is a charade, but despite multiple complaints from election watchdog groups to the FEC, there has so far been nothing to stop the Bush campaign from continuing as a non-campaign—and therefore getting around numerous regulations on raising money and coordinating with outside groups, Super PACs, and donors.

Bush joins numerous candidates from both sides of the aisle, including Scott Walker, and until recently Martin O’Malley and Rick Santorum, in using this loophole to raise money in advance of an official run. Without a meaningful FEC enforcement, all these candidates will likely get away with it. This bodes badly for the election to come.

“The FEC doesn’t do anything about these things,” says Lawrence Noble, Senior Counsel for the Campaign Legal Center (CLC). “If it wasn’t for the FEC’s inaction I don’t think we’d see Jeb Bush or any of the other candidates doing what they’re doing.”

The CLC has joined another election watchdog group, Democracy 21, in bypassing the FEC entirely. On May 27 the two groups filed a criminal complaint with the Department of Justice against Bush and his pseudo-campaign. “The situation has gotten bad enough with the campaign that this really looks like a knowing and willful violation,” Noble told WhoWhatWhy.

“Knowing and willful” is the high standard of a criminal investigation by the Justice Department. But it may be hard to prove because Jeb undoubtedly has expert lawyers ensuring that his actions obey the letter of the law—and never become blatantly criminal.

The CLC is requesting the appointment of a special prosecutor to avoid the appearance of partisanship, but it seems unlikely that a Democratic-led Department of Justice could investigate Republican  candidates without appearing politically motivated.

Both the FEC and the Justice Department declined to comment about the recent calls of campaign finance watchdog groups to launch an investigation into Bush’s PAC.

Politics can also be blamed for the impotence of the FEC. Its chair, Ann Ravel, pointed to the deadlocked 3–3 partisan divide of the commission, which has prevented any action being taken against any candidate of any party because commission members of the accused’s party can be counted on to block any such action. If the Federal Election Commission refuses to enforce its own laws, what hope do citizens have for a fair election? Photo credit: WhoWhatWhy

“The likelihood of the laws being enforced is slim,” she recently told The New York Times. “People think the FEC is dysfunctional. It’s worse than dysfunctional.”

Bonifaz, president of Free Speech for People, points to Ravel’s comments as a further sign of how rampant campaign law violations are likely to be in the election to come.

“Imagine if the head of a police department declared, ‘we’re not going to enforce the laws in this city,’” he says of Ravel’s remarks. “We have candidates who feel they don’t need to comply because no one will come after them.”

Just Say NO to the FEC

The FEC’s inability to enforce compliance was brought into further relief as two Super PACs—Just Say No to Hillary PAC and Stop Hillary PAC—announced their intention to ignore FEC requests to change their names. FEC regulations prevent political action committees from using the name of a candidate without authorization from the candidate, but representatives of the PACs refuse to comply.

“This committee would encourage the FEC to vigorously investigate who it is that is so stupid that they would think a political committee named ‘Stop Hillary PAC’ is in any way an authorized committee of Hillary Clinton,” the Stop Hillary PAC wrote in its response letter to the FEC.

“The system never worked really well, but what system there was [has] pretty much collapsed,” Robert Mutch, historian and author of Buying The Vote: A History of Campaign Finance Reform, told WhoWhatWhy. “I don’t know how it will be put back together again. You look at the Republicans on the FEC and they say nothing’s wrong. They say that the reason they’re not enforcing anything is because people are obeying the law.”

Mutch compares the current campaign finance system’s dysfunction with the corruption that led to Watergate and the campaign laws passed in response. “Popular discontent about money in politics is greater now than it’s ever been at any point since Watergate, and it’s gotten bigger since Citizens United.”

Indeed, the public is starting to get fed up with the way things are working. A recent New York Times/CBS News poll found widespread frustration with the current campaign finance scheme, transcending party lines. Eighty-four percent of Americans (90% of Democrats, 80% of Republicans, and 84% of Independents) felt that there was too much money in politics. However, few responding to the poll placed campaign finance reform as a high priority facing the country at the moment.

“What came out in Watergate were things people didn’t know about, but what we’re getting is coming out in little bits in the news every day,” says Mutch. He doubts that public outrage at campaign violations will result in change any time soon. “People are seeing it piling up and they’re giving up on the system.”

The future doesn’t look bright. Leading thinkers in the field think that 2016 is hopeless. Timothy Kuhner, a professor at Georgia State University College of Law and Author of Capitalism v. Democracy: Money in Politics and the Free Market Constitution,told WhoWhatWhy:

“In a way, it may be more productive in the long run that people are violating the law left and right. It lets people see what a mess we’re in. If the laws were enforced, people might think that American democracy was at least somewhat intact. For people who care about democratic integrity, the more flagrant the violation the better.”

With Supreme Court rulings striking down many campaign restrictions, there is little that can be done by any other part of government—be it the FEC or even Congress—to deal with the current chaos. To Kuhner, the only solution is a Constitutional Amendment. “The Constitution is silent on these issues. If we want to be considered an advanced democracy, we need to enshrine in the Constitution meaningful limits on money in politics.”

So it looks like the joke’s on us. The idea of the current Congress passing a Constitutional Amendment to address campaign reform seems as likely as Bush throwing all his PAC-earned money to Hillary’s campaign. Even simple bills intended to remedy the current system—such as the Democracy 21-endorsed “Empowering Citizens Act”—have been unable to garner support in the legislature. With reform coming slowly, if at all, there appears to be nothing to prevent financial adventurism in the 2016 election besides the toothless Federal Election Commission.

Even if the FEC did take real action against a candidate, it is unclear how much damage fines would do in an age of unlimited fundraising—the highest fine the FEC has ever levied was $3.8 million against Freddie Mac in 2006, a tiny sum compared to Bush’s Super PAC’s goal of $100 million raised in the early part of 2015.

With 2016 general election almost a year and a half away, White House hopefuls are violating the spirit and letter of campaign regulations with impunity. In the race for the country’s top law enforcement officer, how bad will the law-breaking get?