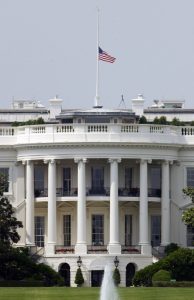 Every four years, many presidential candidates begin their White House bids by obscuring the truth about their intentions and stretching campaign finance laws to the breaking point or beyond.

Two watchdog groups, the Campaign Legal Center and Democracy 21, are calling on the Federal Election Commission (FEC) to put a stop to this charade. The groups have filed complaints against Republicans Jeb Bush, Rick Santorum and Scott Walker as well as Democrat Martin O’Malley.

“These 2016 presidential contenders must take the American people for fools—flying repeatedly to Iowa and New Hampshire to meet with party leaders and voters, hiring campaign staff, and raising millions of dollars from deep-pocketed mega donors, all the while denying that they are even ‘testing the waters’ of a presidential campaign,” said Paul S. Ryan, senior counsel for the Campaign Legal Center.

Federal election laws state that a “candidate” is a person “who seeks nomination for election, or election, to Federal office” and an individual is deemed to have become a candidate once he or she has raised or spent at least $5,000. At that time, they are subject to recordkeeping rules as well as contribution limits and restrictions.

There are limited exceptions for individuals who claim to merely be “testing the waters.” However, the FEC states that if an individual takes certain actions, such as raising “funds in excess of amounts reasonably required for exploratory activity”; amassing “funds to be used after candidacy is established”; or making or authorizing “statements that refer to him or her as a candidate” then he is to be considered a candidate and is subject to campaign finance law.

“Federal campaign finance law is no joke and the candidate contribution limits kick in as soon as a person begins raising and spending money to determine whether they’re going to run for office. Bush, O’Malley, Santorum and Walker appear to be violating federal law,” Ryan stated.

In the complaints, the groups are making the case that each of the four has crossed the threshold and must adhere to all of the FEC rules governing candidates for office.

For example, Bush, the former governor of Florida, said in a speech to supporters that his candidacy would be a “candidacy of future” and that his team set a fundraising goal of $100 million for the first three months of the year—arguably a good bit more than would be needed to “test the waters.”

In Walker’s case, the complaint points out that the Wisconsin governor has opened an office in Iowa, traveled to that state as well as New Hampshire (the first two states that cast votes for the candidates during primary season), and referred to himself as a candidate.

An aide hired by Santorum, the former Pennsylvania senator who ran in 2012, also referred to Santorum as a candidate.

O’Malley, the former Maryland governor, is the lone Democrat on the list. According to the complaint, he has traveled to Iowa and New Hampshire extensively, and his political action committee has raised more than $1.4 million, which was used to fund that travel as well as the salaries of staff in early primary states.

The watchdog groups strongly criticized the quartet for having launched de facto campaigns while publicly saying they are not candidates—for the purpose of avoiding compliance with federal regulations. 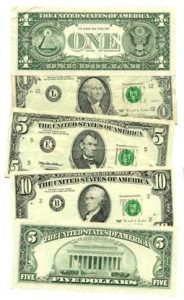 “Publicly denying that they are candidates does not exempt these presidential hopefuls from federal election laws passed by Congress to keep the White House off the auction block,” Ryan said.

The groups say that additional complaints will be filed against other candidates, who have also violated the statutes.

Four candidates who have admitted to testing the waters appear to be complying with FEC rules, according to the watchdog groups. The four are Democrats Hillary Clinton and Jim Webb, and Republicans Ben Carson and Lindsey Graham.

When the FEC determines that campaign finance law has been broken, it usually issues fines, which would be the likeliest outcome in this case. The Administrative Fine program was enacted through amendments to the Federal Election Campaign Act.

While the Commission has exclusive jurisdiction over the enforcement of campaign finance law, any citizen can file a notarized complaint to initiate an FEC review of any candidate. This means that any citizen can theoretically shock the system into action. Because few of us normally speak up. And because… you never know.

The full complaints can be found here:

2 responses to “Shining a Light on the Shadow Candidates”