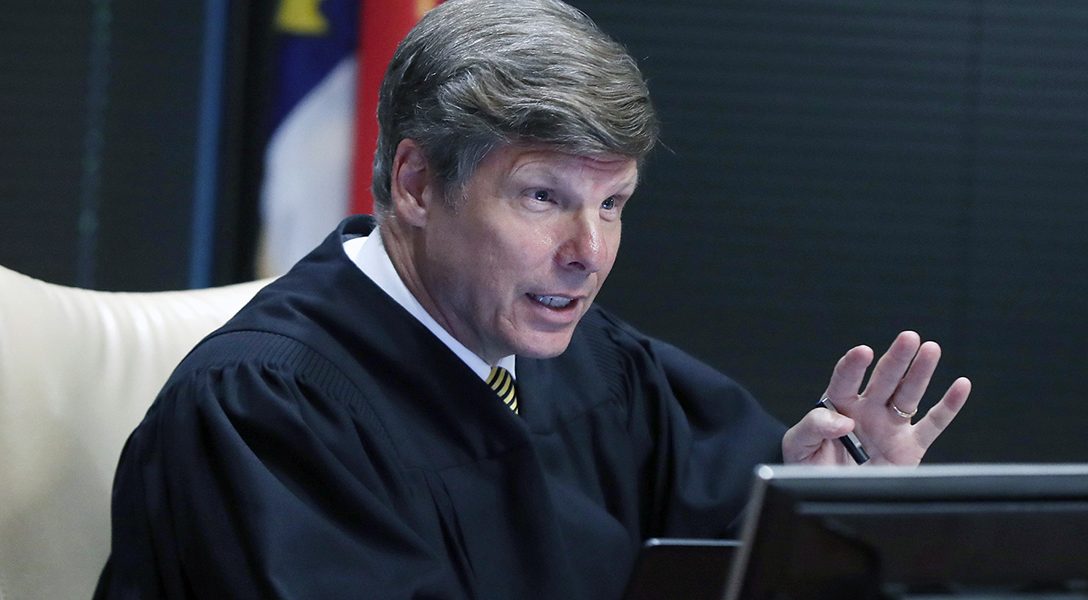 As the battle over gerrymandering shifts to the states, fair-map advocates scored a major victory Tuesday when a panel of three judges ordered North Carolina lawmakers to redraw the state’s legislative districts within the next two weeks.

In the latest court battle, a panel of three judges in the Wake County Superior Court ruled unanimously Tuesday in Common Cause v. Lewis that North Carolina’s legislative maps are so severely gerrymandered for partisan favor that they were drawn with “surgical precision.”

The state legislature now must draw a nonpartisan map by September 18 — and “in full public view.”

The court also found that the General Assembly drew its legislative map in 2017 with the intent of “packing and cracking Democratic voters to dilute their collective voting strength.”

Stanton Jones, an attorney with Arnold & Porter who represented Common Cause, said during a call with reporters that the court placed strict conditions on the General Assembly for the redistricting timeline. The previous maps, he added, must be thrown out in the process.

Senate Leader Phil Berger (R-Rockingham) issued a statement after the ruling confirming that the legislature will “follow the court’s instruction to move forward with the adoption of a nonpartisan map.”

The State House and Senate maps are “significantly tainted in that they unconstitutionally deprive every citizen of the right to elections for members of the General Assembly conducted freely and honestly to ascertain, fairly and truthfully, the will of the People,” Superior Court Judges Paul Ridgeway, Joseph Crosswhite, and Alma Hinton wrote in their ruling.

“No past election data can be used again,” Bob Phillips, executive director of Common Cause North Carolina, said during the conference call. The legislature is also prohibited from using previous maps as a guideline for drawing its new districts.

The court-imposed requirements are the kinds of things that advocates for legislation have dreamed of and wanted for so long, Phillips added.

The ruling provides a framework for other states to use in evaluating their own redistricting, Jones said. Several state constitutions around the country include Free Election Clauses, which Tuesday’s ruling is based on.

Kathay Feng, national redistricting director with Common Cause, said that the case was “a person’s words ringing from the grave.”

“Thomas Hofeller was the chief mapmaker for North Carolina’s Republican-controlled legislature,” she said. When Hofeller, a Republican strategist and gerrymandering guru, died a year ago, he left behind a hard drive containing his efforts to add a citizenship question to the census and draw North Carolina’s map along partisan lines. His daughter gave it to Common Cause after his death and it was used in their lawsuit.

The US Supreme Court ruled in June that it lacked the constitutional authority to rule on partisan gerrymandering and left the issue up to the states. This sparked fair-maps advocates to spend millions of dollars in state legislative races and on legal challenges.

In 2018, Common Cause filed a lawsuit against North Carolina State Rep. David R. Lewis (R), senior chairman of the House Select Committee on Redistricting, alleging that the state’s map violated the Equal Protection Clause of the Constitution. The court agreed, citing Hofeller’s trove of records.

The Fair Elections Clause in North Carolina’s state constitution guarantees voters the right to free and fair elections, which the Superior Court argued is the “cornerstone of our democratic form of government.”

“In the context of the constitutional guarantee that elections must be conducted freely and honestly to ascertain, fairly and truthfully, the will of the People, these clauses provide significant constraints against governmental conduct that disfavors certain groups of voters or creates barriers to the free ascertainment and expression of the will of the People,” the ruling said.

“It’s time for us to reveal the truth and establish clear standards [on redistricting],” Feng said.