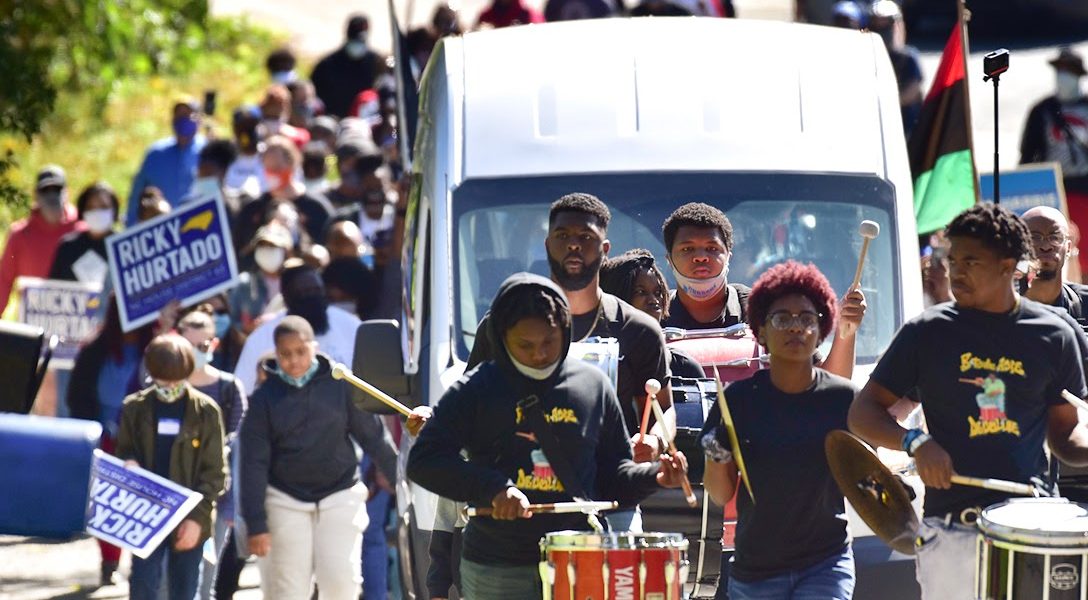 Over 100 people walked from Rauhut Street to the Elmira Community Center in Burlington, NC, for a "Souls to the Polls" march on October 18, 2020. Photo credit: Anthony Crider / Flickr (CC BY 2.0)
Elections

North Carolina rejected more than twice as many ballots from Black voters as it did from white voters, according to an October 26 study by Sightline Institute released November 2.

Black voters had their ballots rejected 5.5 percent of the time compared with white voters’ 2.4-percent rate.

The gap narrowed slightly from the Seattle think tank’s October 5 analysis, which found Black voters were nearly three times more likely to have their ballots disallowed (6.9 to 2.5 percent).

The Tar Heel State’s 2.4-percent rejection rate for white voters is well above the national average, but Kristin Eberhard, Sightline Institute’s director of democracy, says the rejection rate of 5.5 percent for Black voters is “alarmingly high.”

If current statewide ballot-rejection rates hold and everyone who requested a ballot votes, more than 43,000 voters could see their ballot rejected

Eberhard said that results from North Carolina’s 100 counties varied widely. Some counties did a better job with voter education than others in helping citizens navigate the state’s onerous witness requirement. Voters need to have a witness sign their ballot and print their name and address before sealing. North Carolinians didn’t have much experience with voting by mail before 2020, especially Black voters, who have overwhelmingly voted in person in previous elections.

North Carolina is unique in that it releases extremely detailed data on voters, including race, party, and reasons for ballot rejections. Eberhard said that allowed Sightline to break down the data county-by-county and reveal some interesting patterns that couldn’t be detected in other states.

“If current statewide ballot-rejection rates hold and everyone who requested a ballot votes, more than 43,000 voters could see their ballot rejected — including about 24,000 from white voters and 12,000 from Black voters,” Eberhard said.