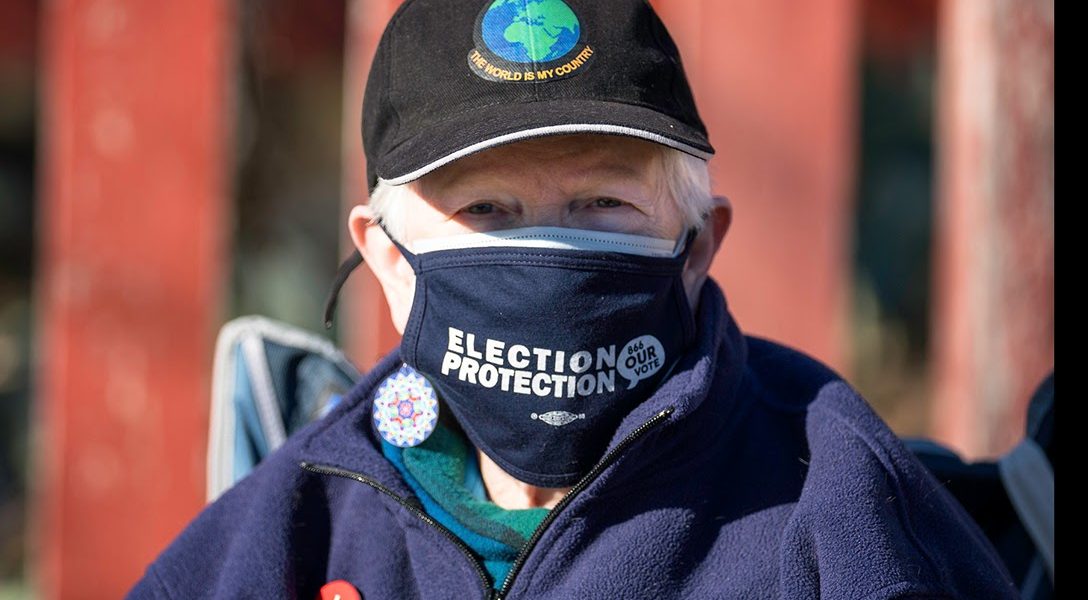 The voting is over, but the waiting has only just begun.

With tens of thousands of ballots, especially in crucial battleground states, still to be counted, it could be hours or days before Americans learn the name of their next president.

As counting proceeds, the action could quickly shift to courtrooms, with Republicans already filing legal challenges to some ballots. President Trump wasted no time sharing his opinion, claiming victory and tweeting in the wee hours that Democrats were trying to “steal the election.” (Twitter promptly labeled the tweet ”disputed.”)

Joe Biden’s campaign manager, Jen O’Malley Dillon, countered that the Democratic challenger “is on track to win this election and he will be the next president.” The day began with Biden holding narrow leads in Nevada, Michigan, and Wisconsin. Trump was ahead in Georgia and North Carolina.

Despite fears of widespread problems, in-person voting November 3 mostly proceeded smoothly nationwide. In several states, including Texas and Nevada, some polling places remained open longer than expected to permit additional voters, either at the direction of state officials or by the order of judges.

A potentially alarming development was news about millions of robocall phone messages — some delivered even as polls were opening Tuesday — telling at least 800,000 swing-state voters to “stay safe and stay home” instead of showing up to vote in person. The FBI has launched an investigation. Experts said the phony calls began several weeks ago, raising questions about why federal authorities hadn’t issued any warnings to voters.

Otherwise, most voting-day problems were quickly resolved. Examples include a burst water pipe at State Farm Arena in Atlanta that slowed counting but did not harm voting equipment or ballots. Around the country, occasional power outages or network failures interrupted voting or ballot scanning, but were quickly fixed.

Happily, some challenges created smiles instead of frowns. At an Iowa precinct, scanning machines rejected some ballots, but the reason was quickly discovered: too much hand sanitizer being applied by election workers. In Germantown, WI, signs directed waiting voters to maintain social distancing by standing “one cow apart.”

There was also happy news for party animals, at least in New Jersey. The state’s voters finally approved a constitutional amendment to legalize marijuana for residents 21 and older, by a no-doubt margin of 67 percent to 33 percent.

As the polls closed late Tuesday night in deep blue Pacific Coast states and beyond, live voting concluded from sea to shining sea. Now the battles begin to determine if — and when — all those ballots are counted.