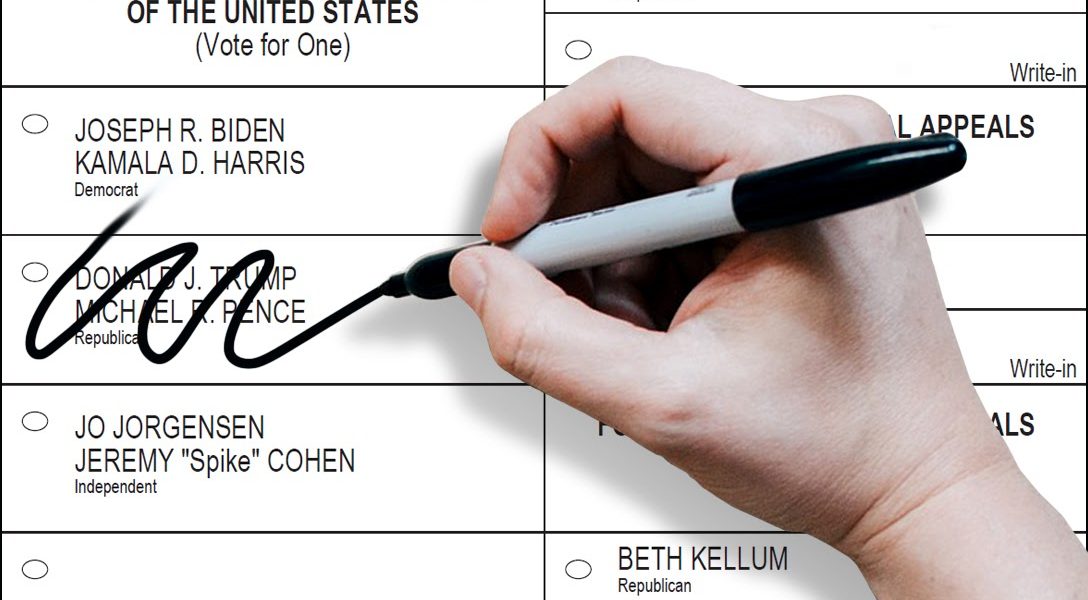 How would the election system respond to the death of a candidate? Photo credit: Alabama and StockSnap / Pixabay / NeedPix
Elections

President Trump’s bout of the coronavirus raises the question of what would happen if the winner this November 3 is unable to govern, or if either Trump or Biden become incapacitated before the election.

Trump is 74. Biden will be 78 in November. Both have had their health questioned throughout the campaign for good reason. Either would be the oldest president ever sworn into office.

Vice President Mike Pence, who will be 61 on Inauguration Day, and Sen. Kamala Harris (D-CA), who will be 56, were asked about this issue during the vice presidential debate. Both candidates deflected a question about their running mate’s health status and whether they were ready to step in as acting president should the time come.

Here’s what you need to know about what happens when a presidential candidate becomes ill or the winner is unable to govern.

What happens to votes already cast for a candidate who dies before Election Day?

Trump has given no indication that he will drop out of the presidential race since contracting the coronavirus. His supporters argue that states should delay their elections if Trump becomes too ill to continue — but only Congress has the authority to change the date of federal elections. As a result, there are three possible scenarios that the political parties, along with election experts and lawyers, might have to deal with.

The first is how to move forward if a candidate becomes too ill to govern or dies before Election Day. Both the Republican and Democratic National Committees have procedures for replacing a  presidential nominee if he dies between the convention and the general election. State laws vary regarding whether a replacement can actually be listed on the ballot, but Michael T. Morley, assistant professor of law at Florida State University College of Law and a member of the National Task Force on Election Crises, explains that the same slate of electors from the winning candidate’s political party will still be selected.

Morley is referring to the Electoral College. Technically, voters do not directly elect the president. Instead, they vote for a slate of electors from a particular party that in turn cast their votes for president.

What happens if the winner dies or becomes ill before the Electoral College meets?

In the second scenario that election experts need to consider, things get a bit tricky. The Electoral College is scheduled to meet in order to vote for the president and vice president on December 14. In the event that the winning candidate dies or becomes incapacitated, some states grant electors the freedom to change their votes at their own discretion.

There are historical precedents. In 1872, Democratic presidential nominee Horace Greeley died shortly after Election Day, and several electors still voted for him. The Supreme Court also noted in Chiafalo v. Washington earlier this year, when it ruled on faithless electors, that “nothing in this opinion should be taken to permit the States to bind electors to a deceased candidate.”

What if the president-elect dies between December 14 and Inauguration?

The third scenario that experts need to contend with is what would happen if the election results are certified and the president-elect then becomes unable to govern or dies before Inauguration.

The Electoral Count Act requires Congress to hold a joint session on January 6, 2021, in order to count the Electoral College votes. In theory, Congress could decide to count the votes for a deceased candidate. If that candidate received a majority of the votes, the resulting vacancy would be filled by the vice president-elect, who would be sworn in as president on Inauguration Day. The new president would then be required to nominate a new vice president, and the nominee would need to be confirmed by both chambers of Congress.

What is a contingent election?

When Congress meets to certify the Electoral College votes, the results of each state are read in alphabetical order and any member of either chamber can object to those results. If this happens, the House and Senate meet separately and vote on whether to accept the results.

Presidential candidates must have at least 270 Electoral College votes in order to win. If no candidate reaches that threshold, it is up to Congress to decide the winner. This process is known as a “contingent election.”

The House chooses the three candidates who received the most electoral votes, and each state’s Congressional delegation is then allowed to cast one vote for president. The winner is decided once a candidate receives at least 26 votes. The Senate follows a similar procedure for selecting the vice president, although in this case each senator gets to cast a single vote. If no winner is decided before the Inauguration by either chamber, the Presidential Succession Act is triggered and the Speaker of the House is sworn in as acting president until a decision is made.

Is President Trump’s health at risk, and could it affect his ability to govern? What about Joe Biden?

The fact is that we do not know. The Trump campaign has evaded questions about the timing of Trump’s first positive test for the coronavirus. White House physician Dr. Sean Conley released a two-page summary in June that said the president “remains healthy” despite the fact that his weight classifies him as obese. Conley was part of the team that treated Trump’s coronavirus at Walter Reed Medical Center in Bethesda, MD.

A three-page medical report issued by the Biden campaign revealed that the former vice president survived two brain aneurysms in the 1980s. That information is public knowledge, and Biden has not experienced any significant changes to his health since serving in the Obama White House.

To avoid any confusion or conflict in this election, states should “immediately amend their laws to permit electors to vote for a new party nominee in the event the candidate whose name is on the ballot dies,” Jason Harrow and Lawrence Lessig, lawyers for the electors in the Chiafalo case, argued in a Washington Post op-ed Wednesday.

“[Political] parties and state officials should promise now to interpret state laws to permit electors to vote for any substitute nominee of the political party that wins the general election,” the attorneys wrote.