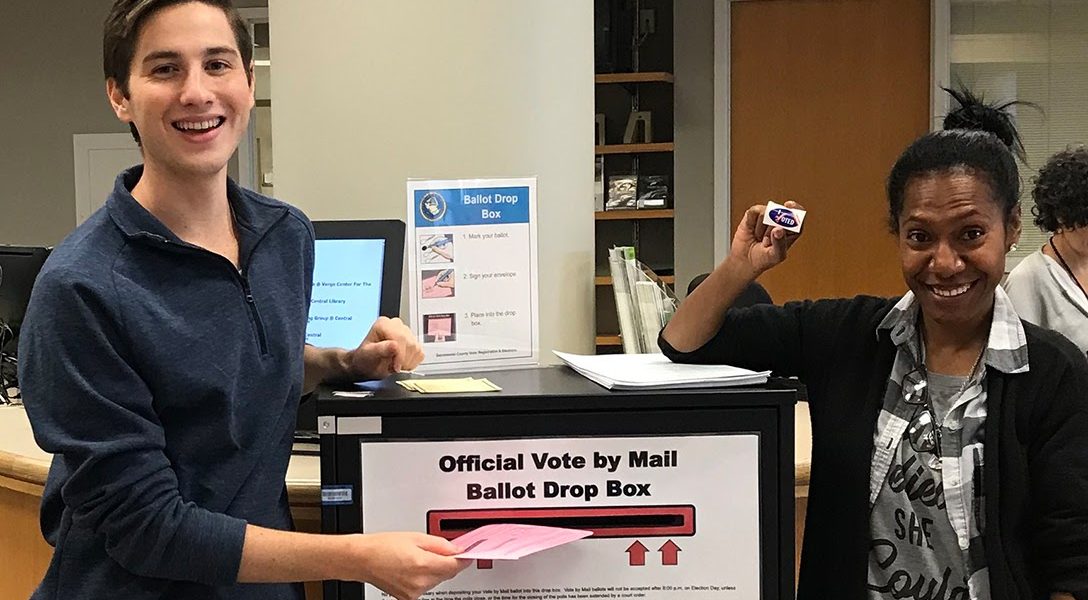 Voting by mail offers a number of unique advantages compared to voting in person at a traditional polling place. Voters have more time to examine their ballots, research candidates, and look deeper into issues that appear on the ballot. They also have the advantage of being able to cast a ballot from the comfort of their own home.

Although barriers still exist, millions of voters have already requested mail-in ballots, and even more voters are expected to do so. In fact, at least 77 percent of eligible voters will have the option of casting a mail-in ballot this November. Public health experts predict that the coronavirus pandemic will not be over before the November election, and they are urging election officials to fund a national vote-by-mail system.

Vote-by-mail can add substantial expenses to an election. Voting-rights groups like New York University’s Brennan Center for Justice estimate that fully funding a national vote-by-mail system could cost anywhere from $982 million to $1.4 billion.

Here’s what you need to know about mail-in voting in your state:

What is Mail-in Voting?

Vote-by-mail, mail-in voting, and absentee voting are essentially the same thing. We use these terms interchangeably. They all mean that a voter is submitting a ballot through the mail.

Lucille Wenegieme, spokesperson for the National Vote at Home Institute, told WhoWhatWhy that offering voters the opportunity to cast a mail-in ballot provides a sense of confidence because the voter has more time with the ballot.

“When I talk to somebody about vote-by-mail, somebody that hasn’t done it for the first time, I like to tell them that it really offers a level of convenience,” Wenegieme said. How Can I Vote by Mail?

To find more information about casting a mail-in ballot in your state, click here.

There have been many changes to the 2020 election process. To date, 35 states have modified election rules to allow more votes to be cast by mail. Those modifications include, in some cases, eliminating the requirement that a voter provide a reason or excuse for requiring the absentee ballot. Requirements that a ballot also have the signature of a witness have also been waived in many cases in order to limit physical contact during the pandemic.

Although more voters will be able to rely on mail-in voting this November, several states have complicated requirements that may appear confusing at first. In New York, for example, voters must place their completed ballot inside an “inner affirmation envelope” that is then placed inside another envelope that ultimately goes back to the elections office for tabulation.

Nationwide, voters can return their ballots in several ways. Some states include prepaid postage so a voter can insert the ballot in the envelope and put it in any mailbox. Other states provide drop boxes at polling stations and elections offices so voters can deliver the ballot in person.

Five states  — Colorado, Hawaii, Oregon, Washington, and Utah — automatically mail an absentee ballot to all registered voters in advance of an election. This is known as an all-mail election because every vote is cast by a mail-in ballot. These states conduct elections over a specific period of time rather than on just one day.

To increase confidence in voting by mail, several states let voters track their ballots online. Voters know when their ballots have been received by the postal service and when they have been officially counted. Ballot tracking also allows elections offices to quickly contact a voter to correct any discrepancies on a ballot.

Ballots cast in Racine, Wisconsin during the controversial April 7 Wisconsin presidential primary and state election are tabulated on April 13, 2020. City Clerk Tara Coolidge opens a ballot as each ballot envelope was opened and checked for compliance with election laws before being fed into a tabulating machine. Photo credit: © Mark Hertzberg/ZUMA Wire

What About Voter Fraud?

Despite President Donald Trump’s repeated assertions that mail-in voting is “ripe for fraud,” there is no evidence that there has ever been significant ballot tampering in voting by mail.

“It’s one of those things where you don’t stop putting your money in the bank because it might get robbed,” Wenegieme said. “You just make sure that your bank is pretty secure. By and large, we have a pretty secure system, but there’s always more that you can do.”

On Tuesday, Attorney General Bill Barr told the House Judiciary Committee that mail-in voting comes with “a high risk” of voter fraud. When pressed by Rep. Cedric Richmond (D-LA) about whether Barr had ever voted by mail himself, he answered that he had.

While it is always important to be on guard against the possibility of voter fraud, instances of actual fraud have been so rare that the odds are five times greater that you will be struck by lightning. In fact, there have been fewer than 500 proven cases of voter fraud by mail since the 2000 presidential election.

Members of the military and American citizens living abroad routinely vote by mail and, so far, there have been few issues involving absentee voting.

Penalties for falsifying a mail-in ballot also tend to be intimidating. Federal sentencing guidelines for mail and wire fraud are punishable by prison terms of up to 20 years. A voter attempting to vote in person after successfully submitting an absentee ballot risks a jail sentence of up to five years.

“The amount of things you would have to do to tamper with a single ballot are so immense that it is just not worth it,” Wenegieme said.

“We liken it to counterfeiting single one-dollar bills — it’s something you could do, but it’s a pretty low yield.”